Someone Made Me Eat This: Another Fried Night

Tonight's dinner was only slightly better than last night's dinner. The difference was there were 2 things I was willing to eat without being coaxed into it. 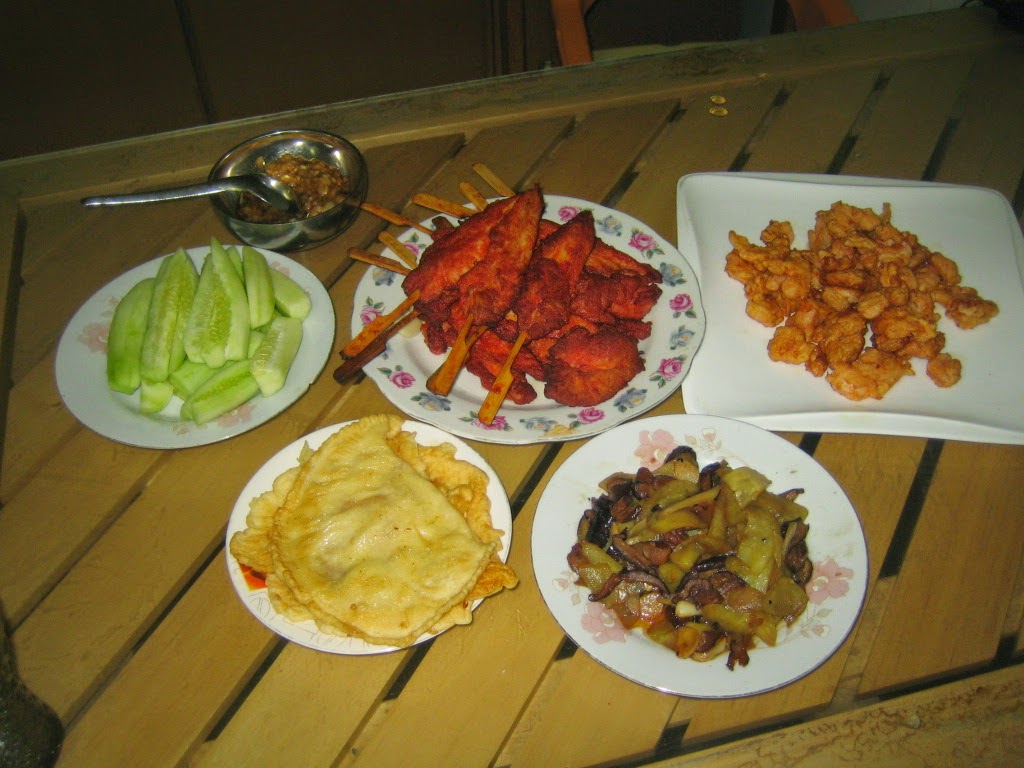 Let's start with the plate of cucumbers on the left. Yay! Something not fried. But of course, she's served it with a bowl of garlic doused in salty soy sauce for dipping (just behind it, with the spoon). Sigh. Next to that, you've got chicken on a stick. She didn't make this herself. These come in a big bag in the frozen section at the supermarket. They aren't horrible, but they aren't that good either. Unless you're drunk. She made these for us on Monday and Jeremy had let her know then that he wasn't all that thrilled with it. Plus, she'd made enough for the entire Chinese army. He made her take home the excess and only allowed her to leave 6 of them.

When Jeremy saw them again today, I heard him complain to her that these are poor quality and he wasn't happy to see them again. I hope she never serves this crappy chicken on a stick again either but as lowgrade as it is, it's way better than most of her cooking.

Except the fried shrimp, to the right of the chicken. That shit's good. It's just fried.

Then there's that crappy fried, greasy pancake from last night. This isn't leftover from last night either. She just felt the need to make it once more. And what do we have next to the pancakes from my nightmares? I have no earthly idea. I conveniently ignored it. It smelled like a wet dog and it looks greasy and gross to boot. For once, my husband didn't insist I eat it or even try it. He's hanging his tail in shame once more today because he lost his Samsung phone. I swear, every summer, there is some shit like this. Remember the watch incident? Ugh. I hate when he loses things. This time, he wasn't drinking though. He was just working. I blame that Y chromosome again. And maybe the heat of summer helps trigger something with that damn chromosome too. Why can't he lose MIL somewhere instead? That would be fanfuckingtastic. He could replace her with someone who can actually cook Chinese food and not cause me to despise an entire country's cuisine. Now there's a thought!

Oh, and let's not forget the xifan! This is my stock photo of xifan. I'm sick of photographing it. It looks like the same murky shit every single day. She rarely if ever makes a different variety. Though unlike the xifan in this picture, she didn't add enough water so it was goopy and gloppy. Urgh. 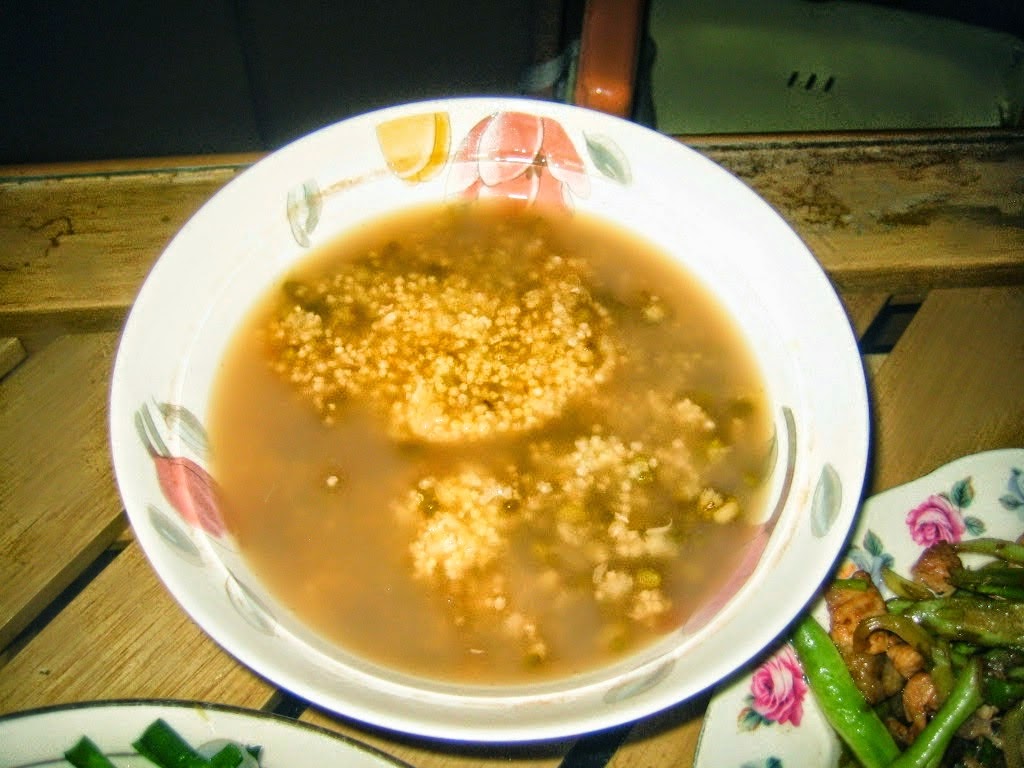 If you would like to see more of Someone Made Me Eat This, click here. Will tomorrow's meal feature the same chicken on a stick crap? Or more fried funness? Get your TUMS ready and stay tuned!
Posted by JQ at 5:16 AM

Email ThisBlogThis!Share to TwitterShare to FacebookShare to Pinterest
Labels: MIL Problems, Someone Made Me Eat This, Ugh, Y Chromosome, Yuck