Someone Made Me Eat This: 3 In A Row!

Well, I'll be damned. I was wrong. I had predicted that last night's dinner would be a fail. There would be no way that MIL could serve 3 decent meals in a row, I'd thought. MIL, are you reading my blogs? Ha! That's a funny thought...my in-laws have an ancient laptop that I think FIL just uses to play mahjong on. They used to bring it here before we got the iPad so that on rainy days when the satellite wouldn't come in, we could just put in a DVD of Max & Ruby and Raelynn would mellow out. But they do not have internet at their home so there's no way MIL could be doing this just to throw off my predictions. No, she's actually doing this. She's doing a better job of cooking and hence, helping our family out. Thank you, MIL. Yes, a non-sarcastic thank you for a change. 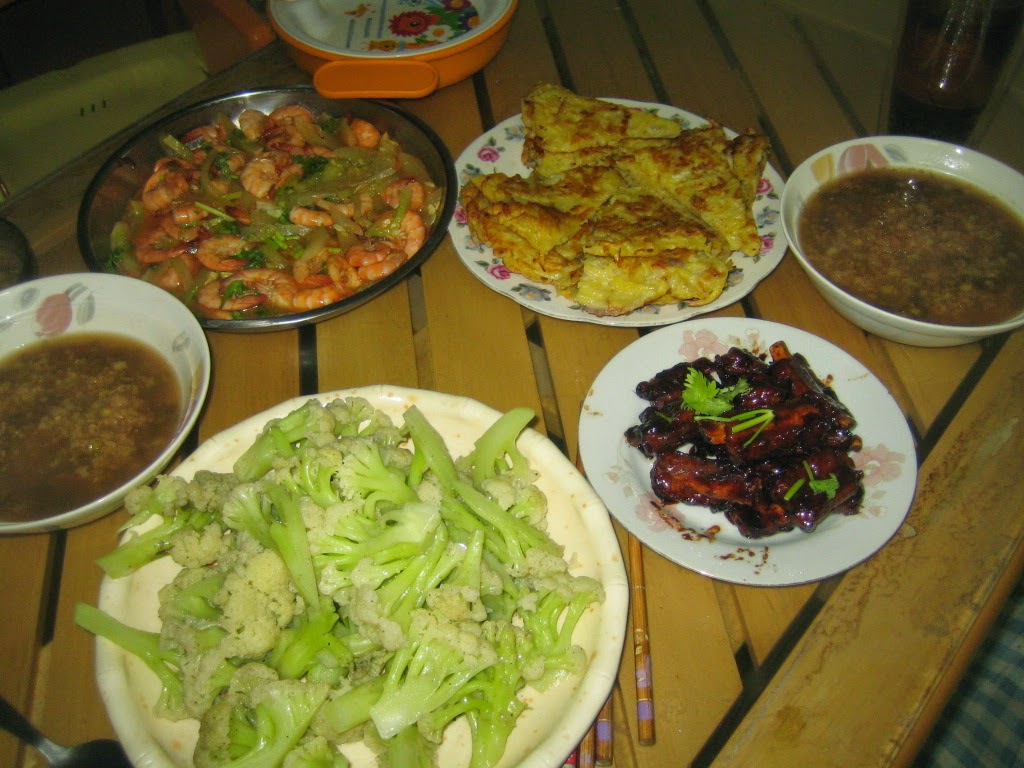 Look what's back...it's the xifan! Haha! I guess that slop is here to stay. I just think it's funny that she didn't serve it the other night. So let's look at the other stuff...

We've got cauliflower which would have been better if she'd served it hot. She cooked this first and let it sit out while she cooked the other stuff. Next to the cauliflower, she's made some saucy Chinese ribs. I love love LOVE how she's sprinkled them with chopped cilantro to try to be fancy! Oh MIL! You're such a card! So how did they taste? Well, when I saw them, I immediately thought of those sweet and sticky BBQ ribs you can get at any Chinese joint in the US. But they weren't sweet. They were salty. I would have been so happy if they'd been sweet, and had more meat on the bones, but this is a good job for MIL. Like when Raelynn behaves herself, we have to make a big stink when MIL does a good job. We want to encourage her to cook good food, don't we?

Next up, you'll see more tudou bien, potato bread. It was in one of my other SMMET (Someone Made Me Eat This) posts. As I've been handling a baby who seems to want to be up at all hours partying, you'll have to go look for it yourself. And again, with this batch, she did a great job.

Finally, we have a shrimp dish. Take a closer look... 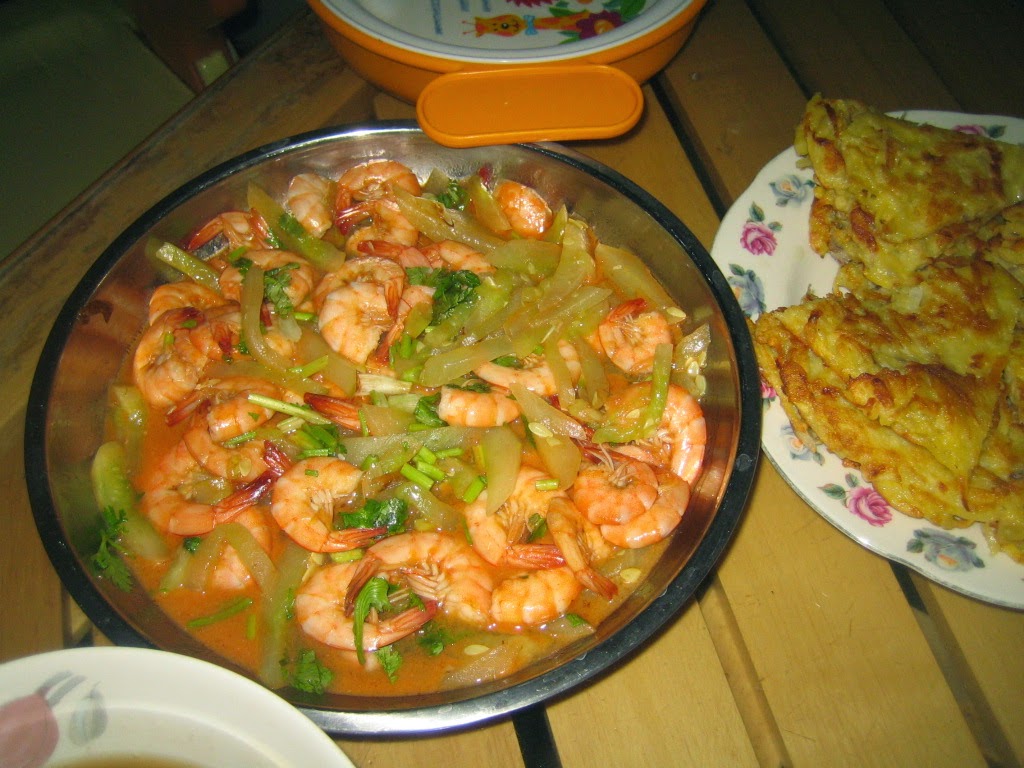 It's shrimp steamed with cucumbers and cilantro. I hate cooked cucumbers but I was able to successfully ignore them. The shrimp was great. Nicely done, MIL.

Today is Thursday, which means it's her last night this week cooking for us (I get to cook on Fridays). Will there be a royal flush - all 4 days filled with no (major) complaints from me? Or will she fuck it all up? I guess we'll find out soon enough!
Posted by JQ at 11:16 PM