What I Hate Most Of All

There is something out there that I truly from the depths of my soul hate beyond all other things. Even more than MIL and her cooking. Actually, way more than her. I absolutely have no tolerance whatsoever for people who steal.

If you read this post, you know I'm a little steamed at Jeremy for losing his Samsung phone. Husbands are your unofficial children and that is why I'm forever reminding him (he calls it nagging) not to forget this or that. Too bad I wasn't with him as he ran around doing work-related errands yesterday because while out, he left his phone somewhere.

At least he remembered after the fact and tried to go back to retrieve it. Only some asshole took it. There were cameras around this building but the guard there wouldn't do anything without Jeremy going to the police. So he went to the police who said this wasn't a big issue and to tell the guard at the building to review the surveillance footage. The guard then said he wouldn't review the footage until the police came. But when they finally reviewed the footage, the cameras trained on the area Jeremy had been were broken. Of course. I think the guard took it but that's my personal belief.

Police here are notoriously useless as well, making my utter disdain for this country even greater. Yes, I'm aware people steal in my home country, but here, no one does anyfuckingthing about it. Now my husband is sad, and quite frankly, so am I. We had photos of Seoul on there that he hadn't downloaded yet. He had songs on there he loved. And now it's gone, partly because he's careless (he got a big lecture about that one) and partly because some dishonest pig took something that didn't belong to them.

Let me tell you about something that happened to me about 6 years ago...

I was unemployed for the most part, only able to get freelance writing gigs which didn't pay the bills. I had to collect unemployment on top of that and still, things were rough. I needed money. My life sucked. One night, I went to the drive-thru ATM for my bank (Wachovia which is now Wells Fargo) near my Miami apartment. There was an SUV in front of me. I waited my turn and when the SUV left, I rolled up. I started to lean out the window to slide my card into the machine and that's when I noticed the person in the SUV had left their card in the machine. And, they were still logged in with their pin which meant I could have withdrawn money from that card. As hard as times were for me, there was no way I could ever steal from somebody. I know you're probably thinking only an idiot would steal in front of surveillance cameras but even if there were no cameras, I'd have done the same thing I did.

Which was lean on the horn, flash my lights and yell to the person in the SUV, who was now driving away. Either they didn't notice my attempts to stop them or, because it was night, perhaps they were afraid. So, I removed the person's card and put mine in, made my transaction and then took my card and drove to a nearby parking space. The person's bank card was also through Wachovia so I called the toll free number on the back to report it.

It only took a few minutes out of my life to handle that and the woman I spoke to at the call center was so happy to get a call like mine. She told me that most of the time, it's a bad outcome. She was so happy that someone was doing the right thing. How could someone NOT do the right thing, I wondered. I did what I would want someone to do for me if I'd left my card behind. I wish everyone looked after each other in this way. But sadly, it happens back home, in China and everywhere in between. How very sad that people can be so greedy with no regard for others.

I hope whoever took my husband's phone from where he left it gets heaps of rotten luck. I really truly do. You are the lowest of the low, complete garbage, for taking what's not yours and I hope it comes back to bite you in your ass. 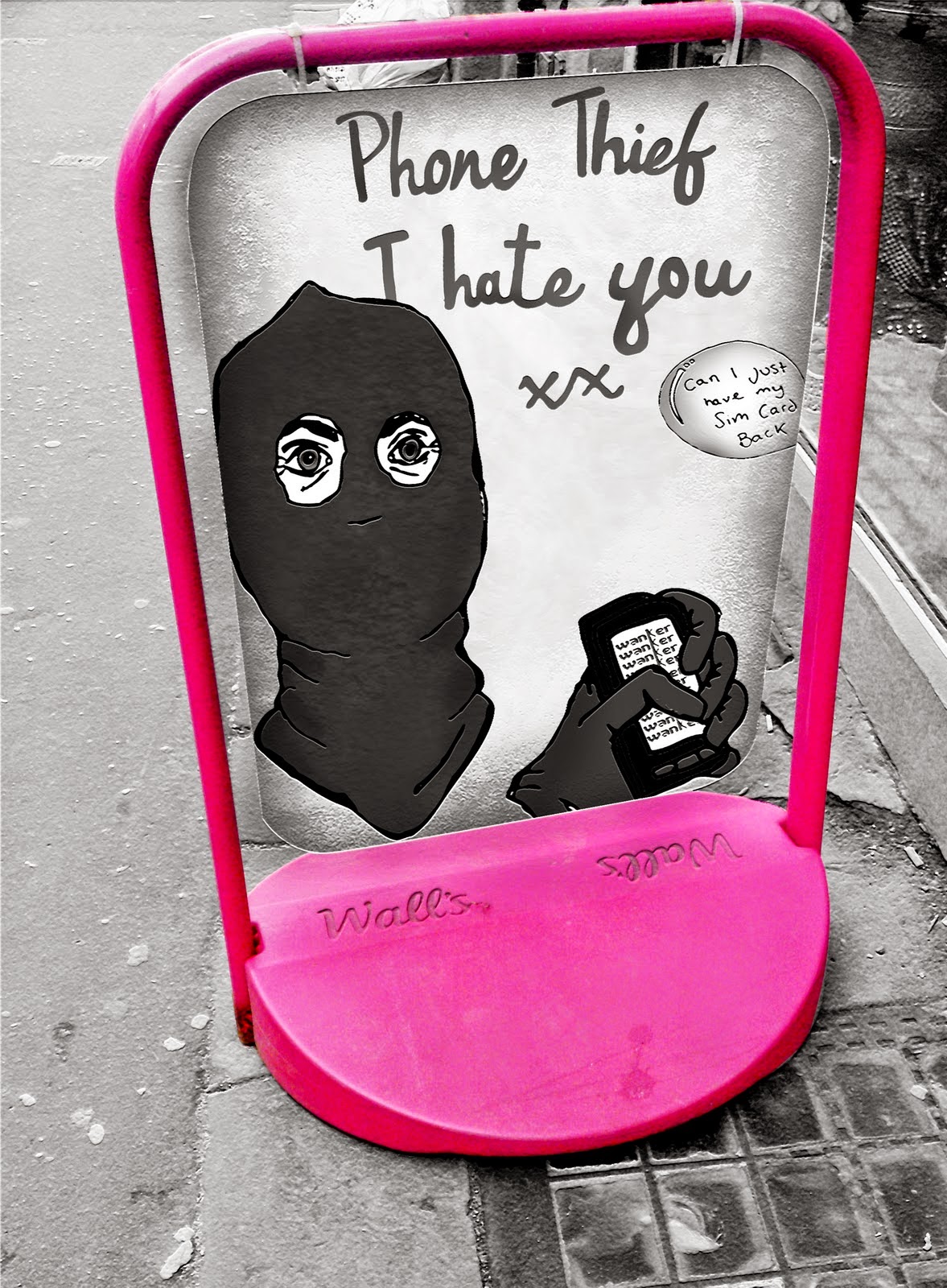 Email ThisBlogThis!Share to TwitterShare to FacebookShare to Pinterest
Labels: Memory Lane, Only In China, People Suck, Society Down The Tubes, Thanks For Nothing