Someone Made Me Eat This: Fried Everything

I've been meaning to do another post in this Someone Made Me Eat This series for a while. MIL's made some good things, like steamed crabs for example, but she's made mostly bad things. VERY bad things. And this new mommy is too damn tired and hungry to photograph every barfy thing that this woman puts on our table.

So before Seoul wakes up from her nap or Raelynn runs in here screaming for a snack, let me just show you what was presented to me as a meal last night: 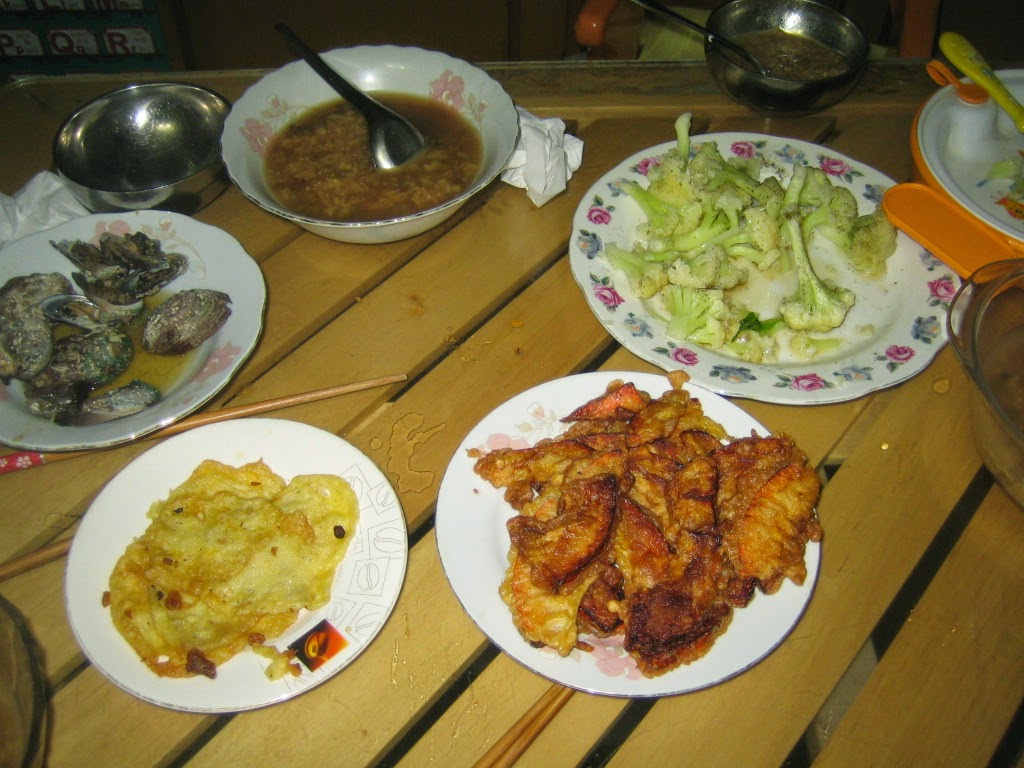 I came out from nursing the baby and this is what our table looked like. Ugh. On the left, we've got small abalone. I like it, when it's served at a nice restaurant and isn't overcooked to shit like these were. I ate one. The only good thing about our recent internet strife was that Jeremy was too busy on the phone with the internet company to police my eating habits. He's always forcing me to take another bite of whatever goopy, stinky or yucky thing his mother's made for us. She was too busy holding the baby so I could eat, or rather, not eat this.

Next, you'll see some fried, greasy wannabe pancake thing. It would have been great if she didn't use almost all the oil in all of China making them. Same with the plate next to that. You're looking at fried pumpkin.  She used the rest of all the oil in China to make these. Oh and that plate of cauliflower? You'd think it would be healthy but no. She doused that shit in oil too. The only safe thing is that bowl of stupid xifan (a bland soup made with rice and beans). I ate the whole bowl so I bet that's why neither Jeremy nor the head troll bothered me to eat more food.

I guess she was making up for when we went out for good Chinese food the other night. And I'm sure she'll do the same tonight. Oh joy.
Posted by JQ at 11:28 PM

Email ThisBlogThis!Share to TwitterShare to FacebookShare to Pinterest
Labels: MIL Problems, Someone Made Me Eat This, Ugh, Yuck