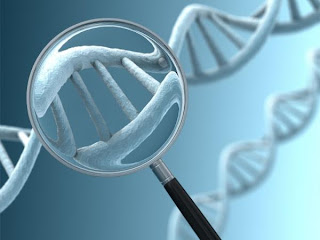 This post is dedicated to my wonderful friend, Nancy, who had recently remarked, after she'd read my post about my husband injuring his ankle and acting like a world-class brat, that she believed it was the y chromosome that caused men - her own husband included - to do stupid things.  Stupid things that no woman would ever do. I think Nancy is absolutely on to something with this theory of hers. Especially after the other night.

My husband's former soccer coach is in town visiting. So of course, we had to go out to dinner with him and his family. And all of my husband's soccer friends who live in town here came too. The soccer coach has a lovely wife and they are one of the few Chinese families I've ever met to have 2 children. They have a little girl who is about 6 and a little boy who is Raelynn's age. The boy, as are most little Chinese boys, was a little bit of a trouble-maker. Raelynn initially kept running to me and throwing her arms around me. "What's wrong, sweetie?" I asked her. "BOY!" she shouted, pointing at him and crying. Poor Raelynn. I didn't have the heart to tell her that they will just make you scream and cry all the more the older you get. That's a conversation for later, of course.

We were able to get the boy to play as nicely as his sister was playing and the children had fun while us adults ate and drank. I didn't eat very much - it was mostly Chinese dishes that I didn't care for - but drank quite a bit. My husband said he hadn't had time for lunch during work that day. Despite my being a bit tipsy, I was still level-headed. Why? Because I'm watching my kid. I'm making sure she doesn't run out the door, choke on a bottle cap, pick up someone's discarded cigarette butts from the floor, break things and everything else all you other moms reading this are surely nodding about as you silently go down the list of things you check for when you are out some place with your toddler.

Even though I had a lot to drink, I noticed my husband was the picture of pure drunkeness. I know, I know. He was having fun with his friends. And so was I. They were fun! But Jeremy can't handle his booze like I can. I don't know why. What I do know though is that all that beer and that y chromosome of his soon were the downfall of his evening.

It was getting late so I decided to take Raelynn home. One of the other wives did not drink and offered to give us a lift. She took us to the hotel where the visiting family was staying. I was confused by this initially, but welcomed it as a good chance to use the bathroom again before I flailed my arms at passing taxis. When I came outside, all the husbands, including mine, were outside. And my husband was SMOKING! I couldn't believe it. He used to holler at me for smoking in Korea. And there he is like the Marlboro Man. I forgave it though...if I didn't have Raelynn with me I might cave in a drunken moment like that. Besides, he did flag me down a taxi, however he almost walked right into it when it was departing. And thus, the y chromosome begins to do its' thing.

I get home and put Raelynn to bed. Then I get myself ready for bed. But I can't really fall asleep. Because I am worried about my sweet husband and can't fully sleep until he gets home. This, dear men, is the opposite of your y chromosome.

I dozed off for about 10 minutes and then I hear our doorbell. I jump out of bed, realizing that Jeremy didn't have his house keys. What I find standing in front of me is my husband in his boxers, carrying his shirt and pants.

"What's going on?!? Why are you in your underwear?!?" I demand. But he pushes past me angrily and I realize that I'm not going to get an answer right then. Not unless I want him to yell loudly enough to wake Raelynn.

So what did happen? My husband and his y chromosome banged on the window of one of the first floor apartments because the stupid call box by the building entry was broken AGAIN. An old guy who didn't recognize my husband as a resident of this building came out, ripped his shirt and tried to choke him. Yes, really! How the pants came off in that is a mystery but I think Jeremy probably went for his belt. Somehow during this kerfuffle, Jeremy lost his watch. The splendid, very nice watch I bought him for his birthday when I was in Singapore just 4 months before Raelynn was born.

To top it all off, he voraciously vomited in our bathroom and managed to clog and overfill the sink. At least he cleaned it all up, though I did my own cleaning of it in the morning, complete with buttloads of cleansers to get that disgusting feeling of ickiness the bathroom seemed to encompass after this evening.

I have to admit, I was really angry with him for all of this. From his idiotic drunken behavior to his ripped shirt and from his grumpy attitude toward me of all people to his losing of this somewhat pricey watch. And let's not forget how he defiled our poor bathroom! It was indeed that y chromosome in full effect. How men are ever put in charge of countries and companies is a mystery to me!

But something happened. Jeremy felt horrible. He was so sad the next day, I couldn't berate him. He was punishing himself enough. And then I realized how lucky I was - that crazy old guy on the first floor could have stabbed my poor drunk husband to death. I'm so glad he didn't. He shouldn't have attacked my husband, but in the old man's defense, my husband said he'd never seen that guy before. So if this guy never met my husband and here he is, all drunk at midnight pounding on the windows, I can't say I blame him for going after him. Suck as it did for my husband to lose such a lovely item, it could have been much worse.

I realize now that this isn't Jeremy's fault. I put the blame squarely on that reckless y chromosome of his. And it owes me one very nice man's watch.
Posted by JQ at 1:01 AM