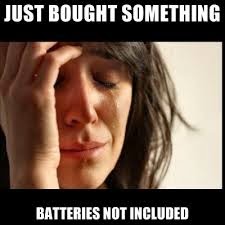 If you've ever read my blog and wondered, "Does her husband read the stuff she writes about his mother?" The answer to that question is yes. But he doesn't read everything. He does know it exists though and he's happy to let me have an outlet to express myself through rather than have me blow up and yell in his mom's face. Or worse, club her in the head with the frying pan, which, let me tell you, is incredibly tempting.

Of course, if you've read this blog for a while, you know I don't just write about her. Living in China, there's so much to write about. And being married to a Chinese man gives me so much to write about as well. So this post is about my husband, who won't be thrilled I'm writing about him but I hope he'll laugh at himself a little too. Like when he poked himself in the eye with a piece of spinach as he was trying to eat it. But that's a story for another time.

See, I tease my husband about being cheap. Jeremy does not want you to think he's a cheapskate. And I'm not just saying this for his benefit should he chose to sit down and read this particular post but he's NOT a cheapskate. But I'll be damned if he doesn't pick the absolute most random things to suddenly tighten up the wallet on.

You'll recall that we recently bought that wonderful chair for Seoul. It has a compartment to house one of those big batteries so it can vibrate. When you turn on the chair, it vibrates your sweet-but-noisy baby into blissful sleep quite quickly. Of course, the vibrating drains the battery almost as quickly as it lulls your kid to sleep. I figured that out the first week, so I started shutting off the vibrate button once I was sure Seoul was soundly sleeping. Normally, I wouldn't have cared but Jeremy got angry about the battery. "Those batteries are 5 yuan each!" he cried. He refused to change the battery and told me to just rock the baby in the chair. Which takes much longer than vibrating, incidentally.

I can dig it that we shouldn't be going through batteries that cost 5 yuan a piece more quickly than toilet paper but I think it's time to change that battery, says the poor exhausted mommy who has been rocking an infant to sleep all night. Just when she thinks said infant is asleep and she sneaks back into the bed, that's when the crying begins again. Thankfully, Jeremy has found a solution that pleases us both. He's ordered a rechargeable battery for the chair off TaoBao, China's answer to shopping online. Now he won't complain about the 5 yuan batteries and I can actually get a break. It should be here in a few days. Yay!

But the chair and its' battery consumption isn't the only battery-operated item in our home that Jeremy had become concerned about. The other one was our new digital scale. I usually hate scales but was rather pleased he'd bought it (also from TaoBao) because I want to see exactly how much weight I'm losing post-baby. So today, I went to check out my weight and the scale wouldn't come on. Did the batteries go already? No. At least not in the way I'd fathomed. Jeremy had REMOVED them. Yes, really. He took them out and put them in the cabinet.

Why?
"This way, they will last a year," he proclaims. And I just stare at him. How is this little bathroom scale going to burn through batteries so rapidly that it would impact our budget? I can understand the chair batteries on some level but 2 double A batteries?!? So now every time I want to check my weight, I have to go dig these out of the cabinet and put them in first. It's not like we stand on the scale all day, every day!

The good news is the scale did say I'd lost another kilogram. That makes me happy, though not as happy as I will be when I finally get a rest while the battery does all the hard work in the chair.