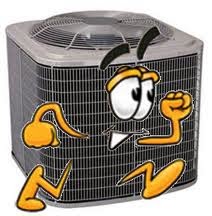 Note: I began writing this post on Thursday and didn't have time to edit and post it, so here it is...

I'm in kind of a bitchy mood today. And yesterday I was too, come to think of it. And the day before that as well. You know why? Sleep deprivation. And as if I wasn't losing enough of my sanity from that, we have MIL to add to that one.

Earlier, I discovered she'd yet again put our rolling pin into the drawer without washing it. I showed my husband and he looked disgusted as well. We have told her and told her AND TOLD her and she STILL does this EVERYFUCKINGTIME she makes wontons or steamed buns or fried breads. Or dumplings. Which she made yesterday. THIS is WHY I don't want to eat the shit she cooks. Because she isn't sanitary. I didn't feel up to blogging about her stupid cooking. Because she just made dumplings. A big-ass plate of dumplings. Nothing else. Dumplings. Sigh.

Anyway, I didn't photograph tonight's dinner either because she basically made steamed shrimp and potato bread again. AGAIN. Same shit, different day. My friend Lynnelle suggested that perhaps she buys a lot of certain things and just keeps making them until they're gone. That theory really seems to make a ton of sense. She's just giving us a bunch of reruns when it comes to things she makes for us to eat. Though I guess I should be thrilled it wasn't cream of vomit again, shouldn't I?

But food is not the main point of this rambling bitchery. Not today.

See, Raelynn had been coughing ever-so-slightly and her nose was a little runny. I banned her from getting too close to the baby. Jeremy brought this up with his mother and you know what she said? Why, the most nonsensical thing ever, of course! She said it was the air conditioning in Raelynn's room. Which was NOT on actually. Ever since FIL cleaned out the one in our room, it runs so cold it can keep the whole apartment nice and cool. We keep the one in our room on all day because that's where Seoul usually is. Raelynn's gets turned on at night when she's in there, going to sleep. Furthermore, MIL's theory is stupider still because if it were the A/C's fault, why aren't the rest of us sick from it? What a moron. It couldn't possibly be due to her dragging Raelynn to the neighborhood park and letting her interact with her ancient, dirty, smelly bat-brained friends! Or the less-than-stellar air quality outside could also be to blame...when we'd gone to Beijing a couple years ago, the smog was so bad that Raelynn exhibited cold-like symptoms from the moment we were there until we left. As soon as we departed that city, those symptoms were gone. But what do I know? China keeps telling its' idiot citizens like her that smog is good for them so there you go.

I never was very capable of tolerating stupid people and now, I have one with absolutely no education trying to tell me that a device that not only cools the air but also removes the moisture within said air which prevents mold and mildew from developing is the reason my eldest child was coughing and sniffling.

At least we get a much-needed break from her in a couple more days when we head to Guangzhou. We'll be visiting the US Embassy to handle some paperwork for Seoul's US citizenship and begin Jeremy's visa process. Plus, we'll get to hang in another city for a few days. For those not in the know, Guangzhou is in the southern part of mainland China so it's hot there. I sure hope their attitude about air conditioning is not at all like MIL's, but even if it is, being away from her mangy-ass - even though it involves traveling with 2 children under the age of 5 - will be a blissful retreat.
Posted by JQ at 7:13 AM

Email ThisBlogThis!Share to TwitterShare to FacebookShare to Pinterest
Labels: Major Rant, MIL Messes, MIL Problems, Someone Made Me Eat This, Stupid People