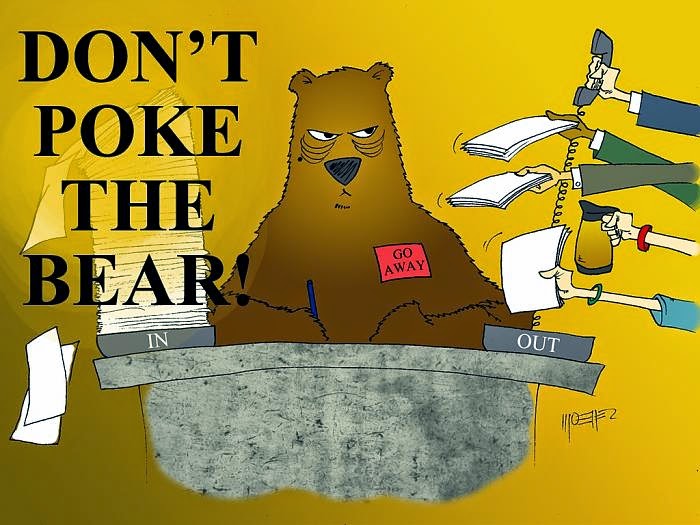 If you've ever been pregnant, or like me ARE pregnant, you know how your hormones can seriously make you feel like you could snap a person in half like a twig with your bare hands. If you've never experienced pregnancy first-hand, perhaps you have known a pregnant person (sister, cousin, friend, co-worker, etc.) and if so, hopefully you haven't done anything to incur their wrath.

Because to piss off a pregnant woman is totally like poking a bear. A big mean, mama bear who will crush you like a fucking bug, rip you from limb to limb and rip out your vital organs one by one.

But let's say you're a person who has no clue how to keep from severely pissing off a pregnant woman to the point of no return. What about those people? 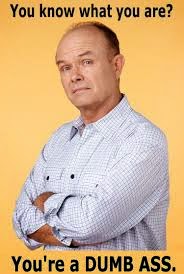 Yes, exactly. You're a dumb ass to the extreme if you do that. Guess who's on today's dumb ass list?

Surly the Bus Driver caused me to come thisclose to a homicidal rage. I seriously doubt that if I had killed him anyone would be upset by it or blame me in the slightest. The bus Surly drives has windows that do not open. There is a ceiling hatch toward the front, right by where I sit with Raelynn. There's also one in the back. When weather is nice, opening these provides a lovely breeze. There's also air-conditioning. Which you have to practically beg him to turn on. Today wasn't too hot but because it had rained earlier in the day, I guess Surly shut the ceiling hatches to keep from getting the seats wet. But the rain was long gone when we got on the bus to go home. I fanned at myself desperately and even loudly mentioned, in Chinese, that it was hot. But Surly didn't take the hint. Why should he? He's a man in China that drives a bus and sits next to the only opening window on the bus for that matter.

He starts the engine and I have a brief glimmer of hope that he'll turn on the A/C today. But no. He keeps driving and I feel my blood start to boil and pound in my head. Kill, kill, kill! The first grade teacher also rides my same bus and recently, had an unfortunate accident while walking about, causing her to break her foot and hobble around on crutches. I seriously SERIOUSLY contemplated taking one of her crutches to bust out the windows. Or smash Surly in the head.

I turned to one of the Chinese teachers on the bus and asked her to help me ask him to please at least open the fucking ceiling hatch. At the next traffic light, Surly saved his life by complying with that request. Somehow, Raelynn slept through all this which is odd because usually, when she's too hot, she refuses to sleep. I guess I got lucky with that today. Once the air started circulating through the bus, my urge to kill began subsiding. I still feel a twinge of rage though at Surly and other people in Asia in general who do not open the windows on a nice day to circulate the air or turn on the A/C. There is a special place in hell for people like this.

Just as my rage was subsiding and I was finally mellowing out to some tunes on my iPod, we get to our stop. FIL is there waiting for us as always. He boards the bus to help me carry Raelynn. I'd put a very light sweater on Raelynn this morning because in the morning, she needed it, which is the nice part about June in Qingdao. But in the afternoon, especially on Surly's bus of hellish heat, it wasn't necessary. She didn't want to wear it anymore and I couldn't blame her. On Fridays, the children bring home a bunch of extra stuff so there was no room in her bag for the sweater. There was no room in my handbag either so I just tied it to the straps. As FIL starts to lift up Raelynn, he points to the sweater urgently, like it's so fucking cold outside that she needs this sweater. I suddenly wished I'd found a way to make that sweater fit in the bag so he would shut the fuck up. He kept gesturing toward it wildly and I snatched my bag away from him and hissed. Seriously, I hissed. Like an angry animal. I gave him THE meanest fucking look I've ever given him and told him to go. Which in retrospect might have pissed him off because "gao" (pronounced "go" by most Chinese) means "dog" which is considered insulting but my first instinct is to speak in my first language and I can't help that. But I make no apologies because this man doesn't deserve them. I've been pissy with him since he screamed at my husband and insulted our parenting. Go fuck yourself, FIL.

Even if we had been on the best of terms and this occurred, I think what FIL did next was extremely passive aggressive and fucked up to do to a woman who is in her last week of her 8th month of pregnancy. He walked ahead of me carrying Raelynn, which is no big deal since I'm pregnant and obviously a lot slower now. But when he got to our building door, instead of holding it like he's done many times before as I was just a few steps behind him, he let it shut, which causes a loud clanking sound. Shockingly, Raelynn slept through this still. What the fuck is wrong with you that you would let a door slam in my face to be an asshole to me so that you can potentially wake your grandchild who NEEDS that nap she's taking?!? He did it again when we got up the stairs to my apartment. He didn't shut the door completely so I didn't need to dig for my keys but then again, perhaps he was trying to keep flies and mosquitoes out which maybe I'll give him the benefit of the doubt on this door-closing. But the building door? No, that fool did it on purpose.

Once inside, he of course was looking for Raelynn's blanket to put on her. He's at least been going for a light sheet I showed him. But last night in the very wee hours, Raelynn came to sleep with us and brought her light sheet with her. I'd forgotten to put it back on her bed. So FIL is asking where it is. I go to get it and before I can turn around, he's snatching it right from my hand in my room. Seriously, FUCK YOU FIL. You are so lucky we weren't in the kitchen and near the knives because I would have cut you. And my husband and your wife would not have been angry about that. AT ALL.

In fact, some good did come of this. When Jeremy arrived home, I told him what had happened today. He was talking to his mom about it and she said from now on, she would come meet me at the bus stop. And she promised that while we were in the hospital having the baby, she would not leave her husband alone with Raelynn. She's slowly but surely learning to adjust to our blended culture, even though her cooking still sucks. But I'll take her shitty cooking in exchange for the safety of my daughter any day.
Posted by JQ at 7:27 AM