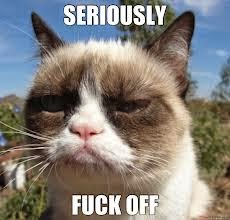 You know what would be nice? To go more than 2 weeks at a time without any of us in this household getting sick. I would fucking love that. More than anything, I would love for us to enjoy a healthy weekend outside of the house before this baby comes along and makes us all insane.

Of course, we have FIL to make us insane until then.

Very early this morning, Raelynn woke up coughing. My husband was yelling at her which is what actually woke me up. I thought she was coughing because she was upset he'd yelled and she simply needed some water. But she kept coughing after that. Long after that. And we realized she wasn't in need of water. She needed medicine.

Jeremy has finally come to realize that it doesn't matter how much clothing your kid is wearing, if the wind is blowing on them, or the A/C is turned on, or what kind of food you feed your child because none of this is what makes children sick. After we Skyped with my folks, we took Raelynn to the doctor.

I suggested she stay home from school tomorrow. Jeremy was unsure about it but before bed, she was still showing a fever, though thankfully a much lower grade of fever. So he called his folks to ask them to please come watch her while we're at work. While he did that, I got Raelynn ready for bed. And as I read her stories, I heard my husband screaming into the phone.

I tried to listen but it's hard when you're busy reading in your first language and trying to listen in your 4th language, a language you suck badly at. Once Raelynn was in bed and he got off the phone, we were able to discuss what happened. He'd called FIL first and FIL screamed at my husband and blamed him for Raelynn being sick again. It shook Jeremy up so much, to the point where he confided that he thinks something is mentally wrong with his father.

It's crazy when MIL is the more sane one, isn't it? Jeremy talked to her next and she was much more rational than her husband, thankfully. FIL has been pissing me off so much lately with his idiotic ideas about putting a blanket on Raelynn when she naps when it is warm inside the house or closing the window because the wind will make her sick. He seriously thinks this! He's fucking nuts!

If MY father had said it was our fault she got sick so often, I'd listen. BECAUSE HE'S A DOCTOR! But on Skype today, my folks simply expressed sympathy, saying this is what happens with small children. My parents are educated. My in-laws are not, which isn't their fault, but it sure is infuriating when you have someone with the brain of a scarecrow (or lack thereof) trying to tell you how to care for your child and telling you you're a bad parent.

It makes me fearful of when we go to the hospital to have the baby. Jeremy has already made his mom promise to bring Raelynn to see us each day but I want to talk to her about not letting her husband take Raelynn anywhere by himself. And other things. With the exception of buying useless ugly clothes despite our protests, MIL actually listens to the things we ask her to do when she watches Raelynn. I might despise her cooking and she certainly grates on my nerves daily but I have to give her credit for this. She even tells her husband when he's being nuts. A couple weeks ago, Raelynn was sitting on her little potty. It was warm inside the house but her legs were bare because she'd pulled down her pants to sit on the potty. FIL freaked out and got his jacket to put on her legs. Raelynn refused the jacket and to my great surprise, MIL told him to stop it because it was not cold in the house. I turned to her and thanked her for that one. See? She is the more sensible one. Just not by too terribly much. 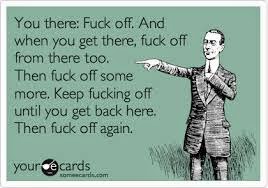