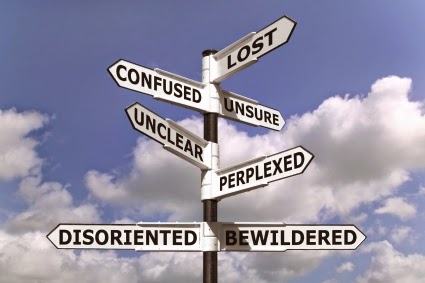 When I first announced my pregnancy, my father, a doctor, advised me to get a c-section again. If you're not familiar with the birth story of Raelynn, click here. Don't worry...it's nothing gross. I wound up having an emergency c-section after nearly 24 full hours of labor. It took forever for me to dilate and once I did, Raelynn turned around inside of me. It was grueling and worse than I ever expected it to be.

Naturally, I want to avoid this sort of thing this time around. But even from the start, my dad's suggestion of a second c-section kind of freaked me out. It was one thing to be in an emergency situation with only one way out. Now I have options. My doctor has been suggesting this whole second pregnancy to have a VBAC. She keeps asking me with every single visit if I am sure I want to do another c-section. Quite frankly, it's scaring me.

When I Skyped with my folks the other day, they assured me all would be fine with my c-section. But a few days later, Daddy emailed me and said he was having second thoughts about my c-section and that a VBAC would likely be less risky.

Risky? I don't like this word. There's a risk here? My father continued to express concern about general anesthesia. And that's when I began to panic. God, WHAT am I doing? I don't even know. Why can't men have babies?!? Why can't they fall off our arms, like spores?!? Am I fucking crazy for having another child?!? Will this kill me?!? I DON'T WANT TO FUCKING DIE!

So panic I did. And I read a lot about VBACS compared to c-sections too. And I'm still no closer to deciding on willingly being filleted or attempting to push the baby out the old-fashioned way (with an epidural of course).

My biggest fears are that, if I try to go VBAC, I will have just as long and horrible a labor as I did with Raelynn. And that something will go wrong again and I'll be forced to have another emergency c-section and be gassed with general anesthesia. I'd really rather just be given local anesthesia to avoid any problems. But if it's an emergency, in this country and the US, they knock you out. What if I go beyond my due date and need to be induced? I've read that's a greater risk for uterine rupture. And that's spooky. But if I have another c-section, I'll be stuck with a catheter (ugh) and I'll have a long and painful recovery ahead. If I can manage a VBAC, I'll be able to exercise again a month after the baby.

I'm torn, pardon the pun, between these decisions. I have a friend here who just underwent her second c-section here in China, using my same doctor, with great success. But she wasn't given a choice for a VBAC. She got pregnant very quickly after her first and Dr. Wang was concerned about a uterine rupture.

I don't know how to make this decision. I feel like it's the scariest thing ever. Even scarier than leaving my in-laws in charge of Raelynn while we're in the hospital. Is one choice right? Is one choice wrong? How do I even know I'm doing the right thing? Is there even a right thing?
Posted by JQ at 6:28 AM