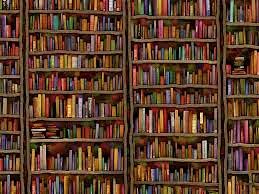 At school, we start the students in kindergarten early into the AR (Accelerated Reader) program. Each week, several of my students get books to take home from the school library. They must read those books and then they can take a small test on the book they read from their home computer. It's a great program in my opinion.

But this year, I find it aggravating to say the least. My Western boss and friend, Patrick, is our kindergarten coordinator. He's also in charge of the AR program. Last year, everything was running smoothly. This year, despite his best efforts, things are a huge pain in the ass. And I place the blame squarely on Laulen, the new librarian. Or riblalian I should say.

Last year, we had a Chinese teacher named Kate who would bring down the books to send home. She was always on time and always helpful. But at the end of last year, she left to go have another baby. This year, we've been graced with Laulen.

When we first met Laulen, she seemed nice enough. She introduced herself and I asked, "You mean 'Lauren'?" And she replied, "No, it's 'Laulen'." To which my fellow English teacher, Jon, and I exchanged looks and quickly looked away before cracking up. He, as politely as possible asks her, "How do you spell that?" And she replied, "L-A-U-L-E-N." Yes, really. Oh the joys of Engrish!

So now, we have a Chinese teacher with the Engrish name of Laulen bringing us books. It's not just that her name is a non-name, as Patrick and I had discussed. It's that she's also exceedingly incompetent. So much so, I am not sure how she manages to put one foot in front of the other to walk down the hall without falling to her doom daily.

Every week, she has mixed up the books for my students. She's labeled the books wrong and assigned them to the wrong students. She's also assigned books that my students read last year to them again this year, and hence, they've had to send them back in and get a new book. Quite frankly, I don't think Patrick is at all surprised anymore when I pop him an email that says we need to change out one of my student's books again. I can almost hear him sigh heavily along with me.

Last week, she gave one of my brightest students a book he'd already read. So she trotted back down (after constant reminders to do so) with an easy-peasy book for this student. Meanwhile, she assigned an extremely difficult book - one that is actually for students in elementary, not kindergarten - to one of my most dense students. I wanted to bang my head on my desk until I was unconscious.

Is it because she has a defective name? I don't understand how Chinese people have this problem. My husband doesn't confuse 'l' and 'r' sounds. His thing is saying "soup" when he means "soap" and vice versa. Korean people have an excuse for confusing 'l' and 'r' sounds though. It's because of this character in the Korean alphabet:
ㄹ

That little guy can make an 'l' or 'r' sound depending on how it's used in a word. In Chinese, characters are just characters. There is no alphabet which is why I find it so infuriating at times. Korean was much easier to learn.

Knowing about this, it is easier for me to be slightly more sympathetic to my students when they tell me "Lyan is lunning" instead of "Ryan is running." I have the power to help them change that. Incidentally, there is no 'f' sound in Korean either. They just use:
ㅍ

That one makes a 'p' sound. It's why I gave up introducing myself as "Jennifer" in Korea and took on "Jenny." Otherwise my name was said as "Jen-ni-poh." Oh yes, and there is no 'v' sound either. They use:
ㅂ

It makes a 'b' sound and in some cases, a 'p' sound. Which is why I was amused but not surprised when I saw the Korean teacher labeling things for an "Olibia" last year. Thankfully, I stepped in or else I'd be stuck calling this poor girl "Olibia" instead of "Olivia."

I'm left to wonder how I deal with Laulen this year. Part of me feels sorry for her. I mean, her name! Lauren is a beautiful name and happens to be one of my best friend's names. But Laulen? Sigh. Oh girl. You need a real name! The other part of me is annoyed by her for her insistence on using a non-name as her English name and even more so for her incapability of checking a fucking list on a computer to see what books my students should get.

I'm also left to wonder if she tells her friends she's the riblalian at our school. Now that would be priceless.
Posted by JQ at 6:41 AM