It was so lovely to have a 4-day weekend. Even if my in-laws did ruin a perfectly good Sunday evening. And my entire Monday. For the next 2 weeks though, work is a happy place at least. Because for the next 2 weeks, I will be free of The Chihuahua. 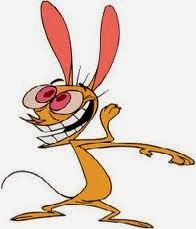 The Chihuahua is my nickname for one of the boys in my class. He's a sweet enough little thing. But he's so exhausting and difficult to deal with that even the Korean teacher wants to strangle him most of the time. I chose this nickname because he literally runs in circles and is constantly yapping. He's not a thieving liar though, like another student I wrote about. However, that doesn't mean he's not just as horrible to deal with.

Even though he is Korean, this boy spent the majority of his 7 years living in other countries, like Brazil and Portugal. It's kind of cool that he can speak Portuguese, especially when that language shares quite a few words with Spanish, a language I am so much more familiar with. Sadly though, this kid has the lowest English skills I've ever had come through my classroom. And that's saying a lot because this is honestly THE worst class I've ever had. Not all the children are bad, mind you. They're just not smart.

The Chihuahua definitely ranks at the bottom of my class. Not only is he miles behind his classmates, but he's also constantly disruptive. Not in a malicious way either. He just acts like a baby. I've never before seen a child his age act so childishly, and believe me, I have seen TONS of immature children. He grabs his crotch and whines, "Shi shi shi!" Which is Korean for "pee." All my other kids can ask me properly to use the bathroom. Or at the very least say "bathroom." But not the Chihuahua.

He constantly runs down the halls. Many of the children are guilty of this offense, sure. But he takes it to a whole new level. He could totally win a race with the way he runs. The running sucks but everything he does makes me nuts. He even annoys the other Korean teachers who don't have him in their class!

He shrieks like a girl and makes screeching sounds. He darts away when you try to walk him to his school bus, nearly running into traffic. He takes off his shoes during class. Crawls on the floor. Plays with garbage. He can't put on his jacket by himself. Or hang it up. Or squeeze his toothpaste onto his toothbrush. I mean, seriously you guys. I could go on and on and on AND ON about this kid. But I won't. Because I am free of his constant interruptions and babyish behavior for 2 weeks. Ahhhh. It's like being on a vacation. Almost anyway.
Posted by JQ at 2:10 AM