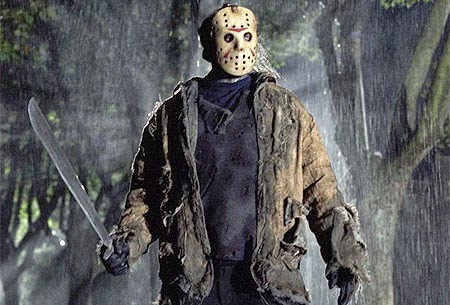 Sometimes I wonder if my husband's parents even have brains in their heads or if it's just filled with dust bunnies...the kind you'd find under your couch. Except more, because, well, they're total idiots. And sometimes I wonder if my husband forgets that I am pregnant and don't need added stress. It is a good thing guns are not legal in this country because I've had to restrain myself this entire evening from trying to fillet the 3 of them. His parents more so than him.

I was getting ready to cook dinner when the door opened and guess what hideous beast crossed the threshold before I could slam and lock the door? Yes, the head troll. She said she'd come to make wontons for Raelynn and I wanted to punch her in the throat. Because I, the pregnant person, should not ever be permitted to eat something that remotely fucking resembles food. Usually, I love her wontons. But when she serves them so often, they lose their deliciousness in my eyes.

She shuffles around my kitchen and now she's in my way. How am I to make something that sounds appealing to me? Or make something normal for my daughter who is finally getting her appetite back on the tail-end of the illness she caught? Oh but no. Fatass is in my way in the kitchen with no plans to move. It's then that I completely lose my appetite.

I text my husband and let him know that now I am severely depressed. After all, he was the one who told me they wouldn't be coming for dinner tonight and I could make something I wanted for dinner. Fortunately, he arrived home soon after, while the head troll was stinking up my kitchen. He said he didn't know they'd be coming for dinner today. He went to the kitchen to talk to her and she said her heart was breaking because all she wanted to do was cook for Raelynn. YOUR heart is breaking?!? FUCK YOU. I just want some fucking peace and quiet on a weeknight without you barging into my crappy-ass kitchen to make us food we don't want to eat.

It is at this exact moment that I completely lose my mind. Gone. Buh-bye. My husband then realizes that this is making me insane and tries to soothe me. He tells me because Raelynn is sick, his mom wants to help and that she'll back off for a few days. Except not really. Tomorrow she'll come feed Raelynn soup because I am too stupid to do this myself. I mean really. I loathe this woman right now.

My husband did save the day by bringing a duck home for dinner so at least I had something I wanted to eat. But I couldn't eat much of it. And then, after eating, my FIL tells my husband that he wants to take Raelynn to buy some fruit. It is 7:15 at this point and I'm seething. NO. I put my foot down about it but my husband just lifted it up and let them go, saying they would be back in 15 minutes. 15 minutes go by. 20. 30. 40. And I begin to scream and cry, convinced that she's been stolen away by thieves in the night or that my moron FIL has let her get hit by a car or something horrid. I can barely breathe. I demanded of my husband to find my daughter NOW.

That was agonizing, waiting and wondering what the fuck was going on. 10 minutes later, I heard my precious daughter in the stairs leading up to our apartment. I flung open the door and hugged and kissed her like crazy. Now it's after 8pm, when she's normally in bed. And this kid needs a bath. By the way, she's still recovering from being sick. What a splendidly brilliant idea to take a child who has had a fever off and on for days out into the night. To buy fruit. We have a giant watermelon! And a shit-ton of mangoes. Asshole. Because THAT won't make her more sick. Oh no. Blame ME for not putting a blanket on her while she was fucking napping in 3 layers of clothes on the sofa. Go ahead.

And do you think my husband will even say, "Hey Dad, that was not very cool what you did"? No! He doesn't seem bothered by this. Right now, I am fighting the urge to beat the living shit out of all 3 of them. I think most people would say I'm justified for doing so. My husband singing happy songs while in the bathroom just clinches it for me.

I fucking hate everybody right now.
Posted by JQ at 6:51 AM