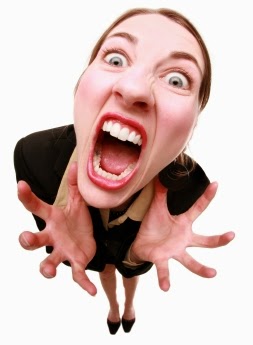 I just want to relax on my Sunday evening. Of course, because it is just what I want, it is not what I'm getting. Not by a long shot.

This was a mostly marvelous 4-day weekend. On Thursday, my husband took Raelynn and me to a botanical gardens park. We'd never been and it was just what we needed. We packed snacks of melons and chips and found a quiet place to munch on them. It satiated my desire to get out and do something yet not be stuck with lots of crowds and made Jeremy happy as well. He'd initially suggested going out to Laoshan Mountain, where his parents have another house. I've shown you that house before. If you haven't seen it or you forgot how much it sucks, click here. Even if they didn't have property out there, I hate it out there. HATE IT. It is so unbelievably boring, it makes you feel like you are waiting for death.

After the park, we went to a total dump of a place for lunch. It was a Chinese BBQ place. I was a bit apprehensive but I didn't want to spoil the mood by whining. Turns out, the food was amazing. We had a great lunch and then we did a little shopping out in Taidong. It was fantastic.

Our Friday was also a nice family day. We went looking at big girl beds for Raelynn so we could get a feel for what our options were and at what prices. We've still yet to make a decision but those fancy showrooms made me feel right at home. I had no idea they even had furniture this nice out here. Equally as confusing were the prices...I have no idea who can afford that furniture either. It was expensive to us and we're not struggling. We found a great bed that was raised up with storage drawers underneath. It had a railing and an adorable little 3-step ladder to climb up. The price? 6,000rmb. For comparison, Raelynn's crib cost us 600rmb. Yeah.

Later though, that's when things began to suck. Raelynn was coughing and had a fever. Saturday was spent trying to deal with her being sick. We wanted to take her to the doctor but his office was closed for the holiday. Today, Sunday, my husband had to return to work. Yes, that's right. Because in China, they will give Chinese people days off during the week and then expect them to work on the weekend to make them up. Which defeats the purpose of a holiday if you ask me. My school is a Korean school and they feel much like the rest of us Westerners about it - we are NOT coming in on the weekend to make up a holiday, thanks.

Worried about us getting to the doctor and language issues, my husband called his boss to say he'd be a little late. Then off to the doctor's we went. Aside from a fever that broke during the day but returned at night, we had a coughing, sneezing little munchkin. One who had no appetite. We should have known something was wrong when she couldn't finish a piece of chocolate she'd received as a reward for making a poop in the potty. The doctor gave us something that seems to be working. No more fever and my poor little princess fell sound asleep watching cartoons while I was cleaning.

As I finished my chores quietly, my phone rang. It was my husband telling me that those 2 imbeciles that he calls parents are going to come over later to make Raelynn noodles.

Yes, noodles. Because Lord knows I am too fucking stupid to make and serve noodles to my daughter. I need these 2 to come make them. I mean COME ON! My husband wouldn't hear my pleas and now I'm a bit steamed actually. These fuckmunches come and butt into my life constantly. It's not that they want to see Raelynn. They want to be in charge of everyfuckingthing and that is what pisses me off.

So here they are, making a fucking mess in my kitchen. Asking me why the sink is leaking again. Telling me I haven't dressed my daughter warmly enough (I have her in a long sleeve t-shirt, jeans and socks and we are indoors with the windows closed with an outside temperature of 64F). Telling me she has a fever when the thermometer says her temperature is fine. Taking her outside for a walk when they are telling me it's too cold in here for her (it's not fucking cold!!!). Forcing her to eat watermelon when the kid doesn't have an appetite for anything, especially chocolate, her favorite. The list goes on and on. And my husband? He might be a little late returning from work. So I am stuck with Wingus and Dingus over here, ruining what should be a peaceful Sunday evening. Making me food that smells like it was dug out of the garbage. Squawking away at each other like chickens about to be plucked and boiled alive.

My husband says to be polite. "Just take a bite of something she gives you and that will satisfy her." Sorry Honey, but I think you hit your head on something. Whether I like something or don't, whether I am hungry or full, my in-laws will both keep putting things onto my plate. They won't stop no matter how nicely I ask. And that's with things I like! I once had my FIL keep peeling shrimp and putting them on my plate. I kept asking him to please stop but he wouldn't. I BEGGED him to please eat the shrimp but he kept dropping them on my plate for me as if I was incapable of grabbing them myself. So if they do that with things I like, imagine how much it sucks for them to do it with things I don't want to eat. It is so beyond frustrating and I am completely running out of patience for this kind of shit. Gah!
Posted by JQ at 1:50 AM