About a decade ago, when I was still an advertising copywriter, I was working on an account for a large homebuilder. This was when I had one of my good bosses, Steve, who was always tons of fun to work with (my bosses in later years at that company were untalented, evil and made work even more horrible than it already was). One day, Steve asked me to write a song that the homebuilding company would play to its' staff for an upcoming conference about mold. They wanted to bring awareness to the people at the company responsible for building the homes about how to store the wood to keep it from becoming moldy. Steve told me he wanted me to use the tune of "Ghostbusters" and let me loose on the project.

To this day, when I think about the song I wrote for him and how we laughed so hard we cried and cried, it was probably my absolute most favorite thing I ever worked on. It was a fucking great song, if I do say so myself. I even remember some of the words:

If there's something strange
Growing in the wood
Who you gonna' call?
MOLDBUSTERS!

If you see some spores
And they don't look good
Who you gonna' call?
MOLDBUSTERS!

I think what made us laugh hardest was that I got to use "spores" in a song. And as I think about that song now, I laugh and cry. But today, it was mostly cry when I found mold. Not tears of sorrow, but rather, tears of anger.

Because even though my in-laws have not bothered us in a week and a half, the things my MIL does and then covers up seem to run rampant through our home. There was the blender situation. There was the yucky bag of rotting vegetables on the side of the fridge. There was this unknown substance hidden in our cabinets. And there are many, many, MANY more if you drag your lazy ass through my blog archives and look for them.

Let's call today's find Mold of the Day, shall we?

Regretfully, I have no photos. I apologize, but I was in the middle of making a pie for my husband. He'd bought a ton of apples yesterday and with him plotting to make Valentine's Day special for me, I thought I'd surprise him with an apple pie. So this image I found from a Google search will have to do even though ours was not quite this moldy. 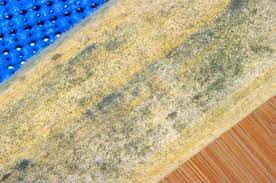 Our cutting board had patches of blobby, old dried dough and random patches of green, fuzzy mold.

Anyway, I took out this large wood cutting board that I don't use very often. I have a different one I use daily but this large wood one is the thing I use when I make dough and need to roll it out. MIL apparently favors this for her dumpling dough as well. I've seen her use it. I should therefore not have been surprised at all when I pulled it out of the cabinets and found it still caked with lumps of floury dough.

I let out an exasperated sigh and started to complain to myself when I noticed that I had so much worse to deal with than just some old caked up dough bits. IT WAS MOLDY! That idiot! Gah! I had to put my pie on hold while I scrubbed the dickens out of this thing. I scrubbed it 5 times with scalding hot water and gobs of soap. Then I patiently waited for it to dry. This cow. She just uses things and then puts them back dirty. Why bother washing it? Try as I might, I will NEVER understand this woman. NEVER! On the plus side, my pie turned out lovely, once I was able to get to rolling out my dough... 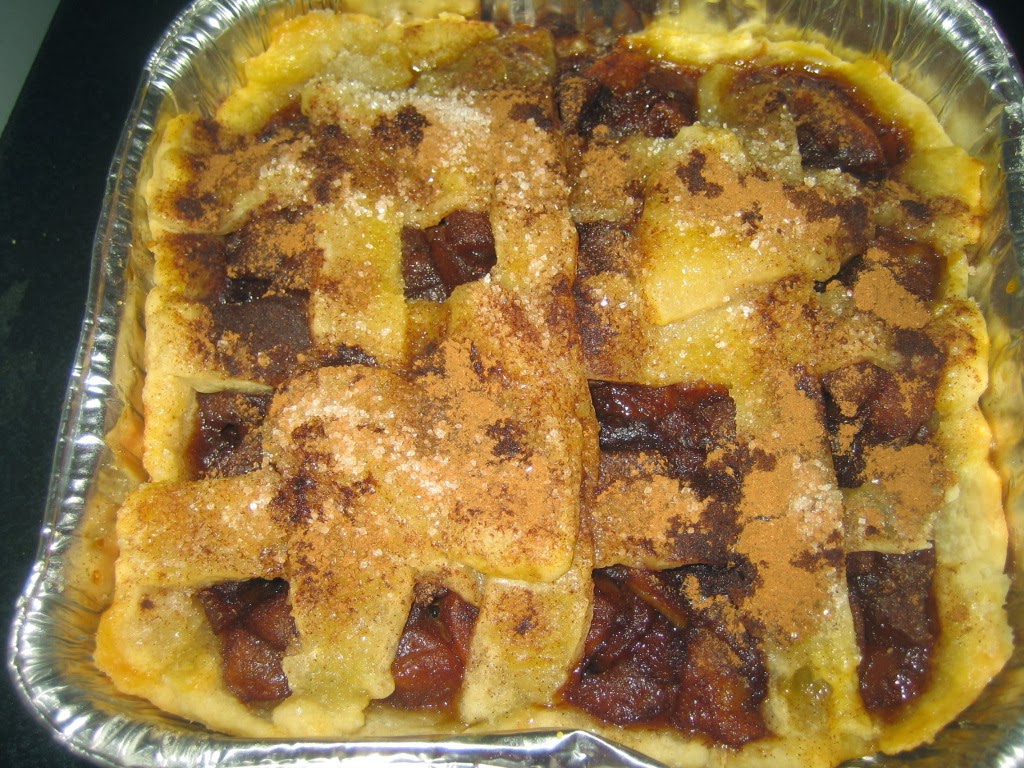 I'm hardly a brilliant food photographer so it looks a bit ugly and it's hard to see I've made 3 hearts on the top. Oh sure. Go ahead and fucking laugh. Let's see YOU make a pie from scratch. Not as easy as pie, as they say. Jeremy is always saying I should go on Masterchef but I just can't. Sure, I'm good at cooking and baking but I'm not THAT good. And while I'm good at making things taste great, I suck at making things look pretty. I once made a cake so ugly it looked like someone had kicked its' ass. But it was one of the most delicious cakes ever. I cannot be counted on for making anything pretty. Except children. I make pretty children.
Posted by JQ at 11:23 PM