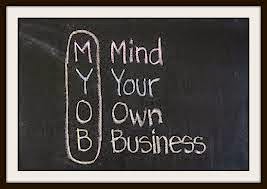 Every time I see my in-laws, they always rise to the occasion and make sure to do something that's either A) unsanitary B) stupid C) dangerous D) annoying or some combination of the aforementioned items. Yesterday during dinner, it was D) annoying.

My husband wasn't yet home from work so Raelynn and I were stuck eating dinner with MIL and FIL. I hate eating with them. I hate eating the food she makes too. She always tells me everything is "hao chi" which is Chinese for "delicious." And as a writer and master of the English language, I hate calling things "hao chi" even if they are because they only have 1 word to describe it when things could be so much more than "hao chi." As you may have guessed though, most things she makes are far from being "hao chi." They are, in fact, the opposite of that. See here for example. Or just about everything listed here. So it is highly irritating when you are trying to choke things down to be polite when some asshat keeps shoving things in your face and telling you it's "hao chi hao chi hao chi" when it clearly is not. Or telling you it's healthy when it's been cooked in gobs of oil. Oh! Or my favorite, which she did the other night and my camera was charging so I couldn't get a photo - she made some nasty thing that looked (and smelled) like swamp farts and alligator shits and she told me that it will make me even more beautiful. I almost peed my pants from laughter. You see, if this thing really made people more beautiful, she wouldn't look like, well, like she looks now. And all the people here would really be way more attractive if that were the case.

Anyway, while I was being tortured with their company and MIL's cooking, we were watching TV. Spongebob was on and Raelynn was happily watching it. But soon, it ended and I told her I was going to change the channel so Mommy could watch something Mommy wanted to watch. The next show coming up was The Thundermans and I think it's soooooooooooooooo terribly trite. But Raelynn starts freaking out and throwing a tantrum, which she's prone to do. She does this with us all the time but we don't cave. We never change it when she's in the middle of watching a show she really likes (unless she's been bad and then we do so as a punishment) so when she acts like this and tries to control the TV, we tell her she can go to her room if she doesn't like it. Which is what I told her.

But my in-laws are both upset. They're telling me to change it back. NO. Absolutely not. I refuse. And Raelynn cries some more. And FIL starts bitching at me. And I bitch right back. They always butt into everything. Since Jeremy's been obsessed with Pulp Fiction for the last couple months, all I can think about is Samuel L. Jackson as Jules saying, "I don't remember asking you a goddamned thing!" That about sums up how I felt during this situation.

This is MY house and MY TV and furthermore, she is MY child and I say what goes. Raelynn, who is used to her idiot grandparents giving in to her every ridiculous whim, decides that since I won't change the channel back to Nickelodeon, she's going to spit on me. So now I order her to leave the table and go to her room. In fact, I escort her there. She cries and cries and I tell her simply that her behavior is not good and she needs to stay in her room until she can be nice. I close the door to her room and sit at the table again. FIL goes in there to talk to her and I explain to MIL, the less stupid of the two, that I don't want her acting like that when my parents come to visit or when we go to the US. I decide enough time has elapsed and I go to talk to Raelynn to see if she's ready to rejoin us at the table.

When I walk into her room, FIL tells Raelynn that Mommy is sorry. Um, no. No, I'm not at all sorry for setting proper limits for my child, and I'll thank you very much to not tell me how I should feel which only serves to make me even angrier than I was before when you tried to undermine my parenting. I shoo him away and I talk to my daughter, who is crying because she knows she was wrong. I tell her I miss her at the table and ask her if she can be a good girl and come sit with me. She says yes, and tells me she's sorry for being bad. Then, off we go, back to the table to finish eating.

My in-laws seem amazed that there's no more tantrum and that Raelynn has accepted that she doesn't get to control the TV all the time. This is exactly why we want to leave here as soon as we can. Because our daughters are still young enough that we can keep this from adversely affecting them. Jeremy and I refuse to give in to everything they want because we know what will happen. We know that giving your child every single thing they ever ask for will only create entitlement, and worse, never train them to accept disappointments with grace. Because life is full of disappointments and I want both Raelynn and Seoul to be able to handle the bad when it's dealt their way. I refuse to let my in-laws sabotage my children's future. True that grandparents should do some spoiling, if it had been my parents at the table last night, they would have let me do my thing. They would never have told me to change the channel back to stop Raelynn from crying. If they DID disagree with my parenting, they'd tell me privately and not sabotage my authority in front of my child.

China is full of people just like my in-laws. Which means there are billions of spoiled, overindulged children who will never learn to do things for themselves or figure out how to deal with it when something doesn't go their way. And that, my friends, is truly a frightening reality.
Posted by JQ at 7:59 AM