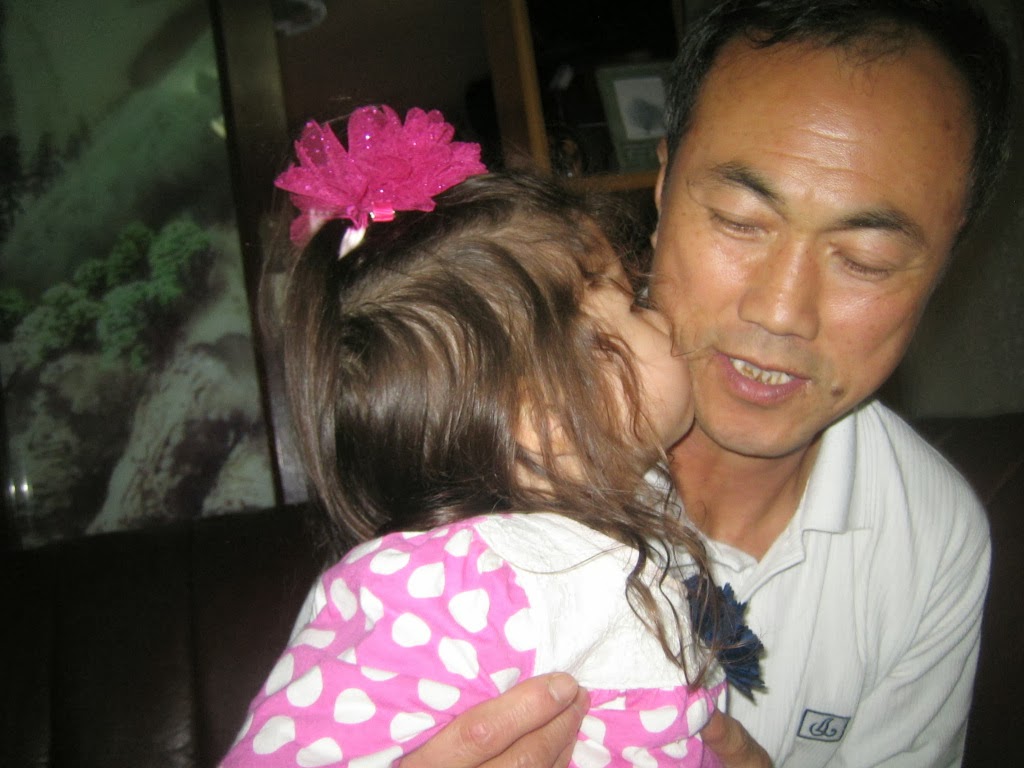 My FIL can be a handy guy to have around sometimes. Sure, he does stuff like this. Or this. Or this. And he never disciplines Raelynn when he watches her, prompting her to be bratty and manipulative. But when it comes to problems involving the electricity, he's the man.

This morning, I noticed my husband was making more noise than usual as he got ready for work. Apparently, the satellite wasn't on. But neither was part of the electricity in our room. Whoever wired the buildings here was probably drunk or crazy, perhaps a bit of both. Sometimes, fuses will blow but all the ceiling lights will stay on and anything plugged into a wall outlet won't. Normally, you just flip one of the switches and it solves the problem. This time, my husband was perplexed because all the outlets in the house were fine except for the ones in our room.

He called his father who soon showed up to check it out. I explained how the ceiling lights were fine as were the electrical outlets in all the other rooms except for our bedroom. So he began poking around the power strips, trying to find the source of the problem. The light on my nightstand was working, we discovered, and suddenly, this propelled him back into the living room to inspect the connecting cords that run along the wall under the couch and through the adjoining wall to our bedroom.

And that's where we found that this whole thing was caused by the most simple of things. The plug from the connecting power strip had slipped out of the outlet. I was so happy that he fixed it, I gave him a hug, which I instantly regretted because he smelled like he desperately needed a shower. To ensure this wouldn't happen again, he went and taped the plug into the outlet because of course. Whatever. As long as it works, it's fine.