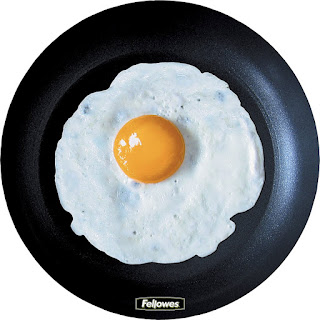 Ok, so for those of you that read my blog regularly, you know this is not breaking news. MIL sucks. Le Duh! But if you're new here (welcome, by the way) then you've got some catching up to do. In a nutshell, my mother-in-law is an overbearing cow with rotting rat-like teeth and I cannot stand her. Do you have a MIL too? Is she as awful as mine? I can't be the only American suffering with a Chinese MIL, can I?

Anyway, this morning she came by as per our agreement to only ruin some of my summer vacation. She came while we were having breakfast. My sweet Chinese husband was making an egg for the baby by steaming it. We've been switching it up each day. One day, she gets her Chinese-style steamed egg. Other days, she gets them scrambled or fried. But of course, that old bag had to criticize the way my husband made the egg. Because we're too fucking stupid to make eggs, naturally! And she had even brought over 'special' eggs she claimed were from some chicken in the mountains. I know, I know. When I read that sentence over again, it just made me crack up. A special mountain chicken. Each egg from this supposedly special chicken is 5 yuan, which is a lot to a Chinese person. Hell, I consider it a lot because IT'S JUST A FUCKING EGG AND THERE IS NOTHING WRONG WITH THE FRESH EGGS WE HAVE IN OUR REFRIGERATOR.

I'll concede that their are organic products in this world that are supposed to be better for you. But in this country, nothing is regulated. There are no guarantees that the people selling you these things aren't lying through their teeth. So I am curious to know what kind of proof she has that this chicken lays golden eggs.

Today's steamed egg was not prepared properly according to the troll. She said Raelynn wasn't eating it because it wasn't cooked right. Maybe Raelynn wasn't eating it because you kept shoving wontons down her throat first! Eggsactly (pun intended, obviously) what the fuck is wrong with this woman? It doesn't even occur to her that she's fed the baby MORE than what I, an adult, ate for my breakfast. God, she is SO dumb. With all the old grandparents here taking care of the babies, it is no wonder all the kids in this country are fat and spoiled. America takes so much shit about being a fat country. Indeed, it is, but one must come over here and see all these fatasses for themselves. Chinese people love to use peanut oil which is about the worst thing you can cook with, health-wise. I shudder to think of Raelynn ever becoming like the huge, bratty kids we see running around downstairs. Ugh!

I decide to go take out my rage for MIL in my workout. I steal away into our bedroom to kickbox while the troll plays with Raelynn. I hear our annoying land line jingle, and then the sounds of the smelly wildebeast yammering away on the phone. And from the sound of it, Raelynn was getting agitated. I went to see what was the matter and found that the thing that should not be had been feeding Raelynn more wontons while she prattled on. I told her that was enough food and to please stop feeding her. But MIL doesn't listen to anyone because she thinks, with her lofty 2nd grade education, that she is always right. I went back to exercising. Upon finishing, I went to refill my coffee. And again, trollface was on the phone. And again SHE WAS FEEDING RAELYNN MORE FOOD! Seriously?!? This. Bitch.

I lost it. At least I yelled at her in English which she doesn't at all understand. But even someone as dense as her could have picked up on how angry I was. Respect my elders my fucking ass. How about you respect me inside my house a little bit first? How about you ASK me if I'd mind if you made Raelynn another egg instead of going over my head about it? How about I just drive you off to the glue factory now, you horrid beast of burden?!? Yes, that last one would be most eggsellent.
Posted by JQ at 1:25 AM