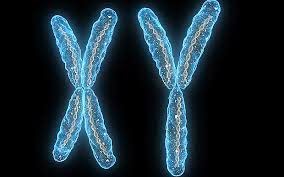 Yesterday, my husband had a business dinner meeting and I wound up having a pleasant meal with MIL. I KNOW! After she left, I got Raelynn ready for bed and then set off to relax and shower. At around 9:30pm, when Raelynn was sound asleep, I heard the key in the door. I went to greet my husband and what I found was a totally drunken mess loping through the door, dress shirt unbuttoned under his suit jacket, brandishing an umbrella like a tiki torch as he boisterously greeted me.

I sighed heavily, knowing the rest of my night was going to severely suck. I should tell you though that it's not often that Jeremy drinks like this. It's part of the culture in both Korea and China to drink while you eat at a business dinner and it can be considered quite rude to refuse a drink. So if you want your business to go well, genbei as they say here (which is Chinese for "cheers" and basically means you should drain your entire glass in one gulp).

Jeremy's college experience was different than mine. During those years of my life, I eventually learned how to handle my booze. Once, on a date with a guy I really liked, I had eaten a bowl of Chunky New England Clam Chowder so I wouldn't be hungry when we went out drinking and dancing at a club. FYI: the upchuck factor on soup is a 20 on a scale of 1-10. But being young and dumb I didn't know this and hence, made quite the ass out of myself. I've come a long way since then.

So my husband can't drink the way I can. Well, the way that I can when I'm not pregnant that is. At least he was smart enough not to drive. He took a taxi home which was a relief. I was so happy he came home alive. Now, my challenge was to make sure he stayed that way.

See, Jeremy is a back sleeper. He LOVES to sleep on his back. I'm more a side sleeper, which is good news for me while pregnant because after the 1st trimester, you can't sleep on your back anymore. My husband snores so loudly that I need earplugs in order to block out the sound. And some nights, I can STILL hear him snoring away.

I tried to get him to drink some water and some green tea but he passed out cold on our bed. On his back. And soon, I heard this horrible gurgling. He was going to puke. I dragged him to the bathroom and tried hurrying away before the sounds of splattering vomit caused me to join in. He staggered out, like some half-dead zombie and curled up on the floor. I brought a bucket from the bathroom, normally used for laundry purposes, to put beside him. He snored away on his side for a few minutes and then sprang up gagging. He ran toward me and tried to open the window to barf out there. Drunk people! Gah! I quickly locked all our windows, now terrified he'd lean out of them to far and fall to his death.

In college, one of my best friends was a girl named Tara (may she rest in peace) who would drink herself into oblivion constantly. One night, she actually walked outside of our townhouse and tried to open the door of someone's Cadillac because she thought it was the bathroom. It was funny then.

But now, this kind of shit isn't funny, I think as I pat his back while he hurls some more. It's then I'm reminded of my wedding vows and try as hard as I can to be supportive and helpful, even though I am tired and, being pregnant, seriously want to throw up myself from the stench of vomitty-alcohol permeating our room.

In total, I emptied out the laundry bucket 5 times. Despite placing it in front of him, he still spit up a bit on the floor. He even threw up on a sock (it was his sock at least). At one point, he lay on his back and started to choke on the vomit and I cannot even believe I was able to move so quickly and roll him onto his side. I sat up much of the night, watching, helping, praying. And once I was sure he was not going to die from falling out a window or choking on his puke, I finally put in my earplugs.

Since our bathroom is right by Raelynn's room, she woke up to the retching sounds and cried, scared of the monster-like noises she heard. So now, I had her in our bed, snuggled right up to me, and a totally zonked out, husband that reeked of boozey, barfy disgustingness. I was so angry and so tired. Somehow, I managed to get some sleep but I still felt like hell today. In the morning light, lectured my husband and then gave him some ideas on how he could make this all up to me. Jewelry. A nice dinner. A massage. He'll be working this debt off for a bit, which I blame on that y chromosome. You remember what happened the last time, right? Sigh. Men! Between you and me though, as long as he never pulls this shit again, that'll be even better than diamond earrings. Though I'll still take him up on a fancy meal. This mama needs some spoilin'!
Posted by JQ at 7:19 AM

Email ThisBlogThis!Share to TwitterShare to FacebookShare to Pinterest
Labels: Thanks For Nothing, Y Chromosome, Yuck