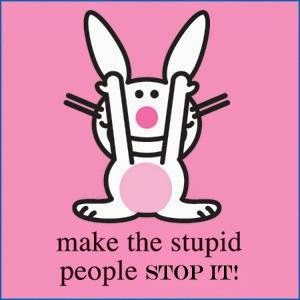 Recently, I wrote about how annoying it is when people touch your kids on the hands or face, or even just yank off their hat in the middle of the supermarket while the kid is already visibly grouchy just so they can get a better look. Social ineptitude at its' finest, right here in China.

It reminded me that soon, very soon, I will be dealing with this problem with an infant all over again. Newborns are as much an attractive nuisance in China as swimming pools are to all the people of Florida. They just can't fucking resist them. And while that should be something sweet and endearing, it's not when you're trying to do mundane tasks, like shop at the supermarket for example, or when random strangers just surround you like all the goats at the petting zoo to touch your child. A friend of mine who just had her first baby here told me all about her experiences with this so far and her son is about 2 weeks old now. I had warned her about this but still, listening to her stories about what had already occurred made ME angry for her. I know exactly how she feels.

I expect this kind of shit while I'm out and about, though now that Raelynn is bigger, this occurs so much more rarely. But what I do not expect is for this to happen at school of all places.

It was that damn Laulen the inept librarian. Even though Patrick, my friend and Western boss, told me that he got her to change it properly to Lauren, I cannot help but call her Laulen. She does not deserve to have the same beautiful name as my best friend. She's a bungling imbecile and it's best she gets an Engrish name as clumsy as she is.

She rides the school bus that we ride home. When she sits in front of us, she always turns around and talks to Raelynn. I don't mind this but it's the inane chatter she shits up that annoys me. "Hello! Hello! Hello! Hello!" Raelynn always says hi but then ignores her after that. She's not a baby. She can have conversations. It's why Raelynn says much, much more to Teacher Stacey, the first grade teacher, who actually asks her about her day or what snack she's eating. See the difference? People here have no social skills.

Today, Surly was not yet there with the school bus, a rare occurrence. So as we waited, I held sleepy Raelynn in my arms. I was talking to Stacey when Laulen came up and started stupidly talking to Raelynn, who did not want anything to do with her. Then Laulen grabbed one of Raelynn's little hands, as if to shake it hello but not doing that. My daughter gave her THE most pissy face ever. And now I'm annoyed. Because I washed my kid's hands before we left so she could enjoy her snack on the bus without ingesting germs. The last thing I need is for this kid to get sick on my birthday this weekend. Sure, I could leave her home with MIL while we go out to eat but I want my sweet girl with me on my special day.

Again though, Laulen grabs for her hand at precisely the time Surly rolls up with the bus. As we walk toward it, she walks ahead while I gripe to Stacey about it. It's not like Laulen and I are friends. It's not like she is one of Raelynn's teachers. Why are you touching my kid? On the hands no less when she's about to eat a snack?!? I wouldn't have been mad if she patted her on the head but people here just have no sense about this kind of crap.

We get on the bus and before I can stop her, that fucking moronic Laulen touches her hand AGAIN! This time, I gave her a nasty look and said, "Please don't touch her hands. She's about to eat a snack." Way to go, Laulen. As if I didn't already dislike you immensely.
Posted by JQ at 6:40 AM