Today is a happy day. It's Wednesday here, but it feels like Friday. Because in a way, it IS Friday. We have off Thursday and Friday for the Chinese Labor Holiday, making it a 4-day weekend of funness. And then when we return to school on Monday, we get to ease back into the workweek by celebrating Children's Day. Oh what? You thought we'd celebrate Cinco De Mayo? Oh how I wish. Actually, no, I don't wish. Because I'm too pregnant to drink myself silly with margaritas so some of you back home will have to do that for me. In any event, here, we'll be having activities for the kids like games and face-painting. Guess who gets to paint faces? Why yes, that would be me. We'll worry about that later though.

The children will also be doing a craft. They will make picture frames with the Korean teachers. So this week, parents were asked to send in a 4x6cm family photo for their child to put in the frame. Since Raelynn is a student, I had to make sure not to forget her photo. Lucky for us, there is a photo shop right down the street.

But unluckily for us, the woman that owns it is absolutely the most incompetent photo person.
EVER.

I hate saying it because she genuinely is one of the nicest people I've met here. But I've always felt this way about her, since Raelynn was born. When we went to get Raelynn's US passport and citizenship, we went to her about passport size photos. She had no idea what the measurements were and guessed, telling us they would accept them. She also ignored the other requirements my husband had translated for her. And thus, we were stuck with a bunch of tiny photos of Raelynn we couldn't use and had to run out to a proper passport photo establishment near the US Embassy to get correctly sized passport photos (which was this photo at the end of this post, incidentally).

To be fair, she probably doesn't get our kind of clientele ever. Our neighborhood is on the north side of the city, which I believe I've mentioned that my friend Andrea once dubbed it "the part of Qingdao that time forgot." Still, it's remarkably sad that I could probably size and print photos more capably than she could.

I will say that she has printed out other photos of ours without incident. But for the photo I gave Jeremy, I was surprised at what I got.

Here's the jpg we gave her to print: 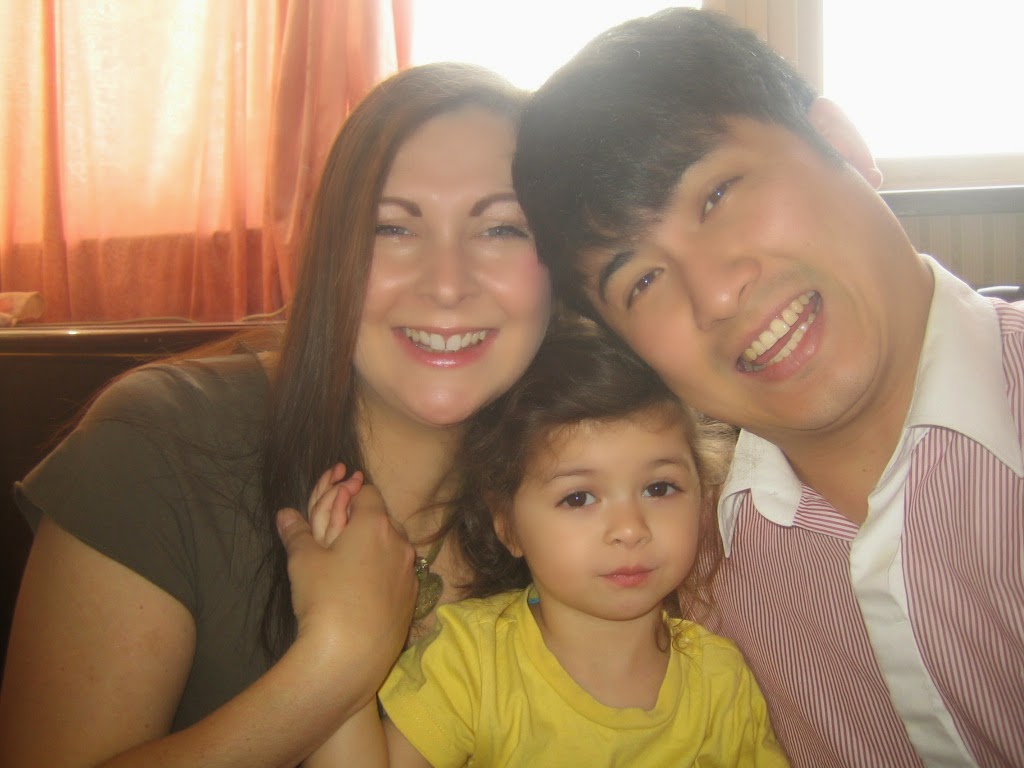 Yesterday when my husband came home, he asked me to walk with him to the photo place to pick up our photo. So while Dumb and Dumber (my in-laws) played with Raelynn, off we went. When we got there, Jeremy realized he'd forgotten his wallet. But that was okay with Incompetent Picture Lady (let's call her IPL for short) which is why I said before that she's totally one of the nicest people here. She gives us the photo and tells Jeremy he can pay her tomorrow. I'm very sad to say that I didn't take a picture of it. Because she gave us the photo you see above with about 2cm of a white bar going vertically down the right side, next to my husband.

"Why is there a white bar here?" I ask my husband. He asks IPL and she farts up this lovely excuse, which Jeremy then translated for me:
"It's because this picture is a close-up. Your heads are too big."

"Um, what?" I say, equal parts amused and perplexed. "Raelynn's head is not big. My head certainly is not big. Perhaps it is YOUR head she's referring to," I tell him. I mean really. He has huge head.

But big head or not, that does not explain why this woman is so incompetent with sizing photos. Isn't that her job? HOW is it hard to print a photo to the size specified?

Then, Jeremy asks me, "why did you choose THIS photo?" Like it's MY fault the photo has a white bar down the side. Because I chose this photo. Seriously? I chose it because it was taken recently and all 3 of us look good. Some of our other photos have Raelynn looking away or make me look hideous. Other are great but for they are selfies and I've managed to cut off the top of my husband's gigantic head yet again with my aim. This one was perfect because all of us were in the frame and looking good.

IPL says she can cut off the bar but the length will be shorter than 6cm. I can't help but laugh. I mean, this is funny, isn't it? This is SO China. Bless her heart, she is kinder than you can possibly imagine, which I do appreciate in a place where customer service has either not yet existed or been trampled to death and cooked on a street vendor's grill. But I have to ask...WHY wouldn't you just create the photo to the size you were asked to create it? WTF?!? 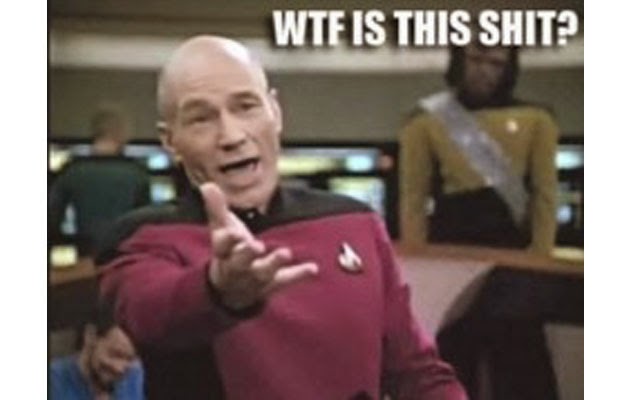 And just like that, she chopped off the 2cm of white bar and I instantly regretted it for I should have taken a picture of it first. But I think you still get the picture.
Posted by JQ at 2:56 AM