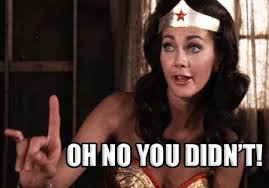 My husband the comedian says this to me last night:
"I want my mom to immigrate to America in the future."

He can't be serious. Can he?
Oh but yes. He is. Why in the world is saying stupid stuff like this? Men are such idiots.

In the morning, I'm still homicidal.
"You're still angry?" he asks. My Drew-Barrymore-Firestarter-stare must have given me away. He implores me to calm down. That it's something we can discuss again when we are settled in America.

Yes, time is on my side. And I'll buy as much of it as I can to keep those parents of his from coming over permanently.

I kept stewing in my rage so I decided to look online to see what I could find out. Had anyone else been in this situation before? And thankfully, I discovered that I can't be responsible for his moron parents. They're not MY immediate relatives. So I can't bring them over. Oh darn. Yes, that was a heavy layer of sarcasm coating that statement.

Even though I can't get them a permanent resident visa, there is one person who can. Their own son. Yes, my husband can do it. But not while he's a green card holder. He needs to become a full-fledged US citizen first. And that will be lots of paperwork, money and time. Plus, he'll have to prove he has enough money to support those two before they will grant his parents green cards.

I don't like my in-laws. You know this. I don't want anything bad to happen to them though, despite how much I despise them. I really don't. But just because I don't wish any ill will on them does not mean I want to dote on them. I did not work this hard to get out of here and get my husband and daughters into a better place just to have tthem tag along. Maybe that sounds selfish but I don't want to waste my earnings on 2 people who are old and aren't going to accomplish anything else in their lives. The money we make should be spent making our daughters' lives the best we can make them.

I'm fine with them visiting or us going to visit them. I'm fine with sending them money. Even though they have money. Fine. But I'm not in any way, shape or form down with this.

I know that getting all worked up about something that's not even happening yet isn't helpful either. I just had to vent though to get it out of my system. And now that I feel a bit better, I will be praying that this idiotic idea of my husband's never ever comes into fruition.
Posted by JQ at 7:23 PM