Well This Was Money Well-Spent

Sometime last month, I was told I'd need to buy Raelynn a summer uniform for school. While we enjoy the luxury of being able to send her to school without having to pay admission, we still have costs like lunch, transportation, annoying things the room mothers want us to pitch in for and uniforms. We were given a uniform earlier this year for when it's cold outside, which saved us some money. But now we were asked to buy this "summer" uniform as they call it. Actually, we weren't asked. We were told we MUST buy it. I don't call it the "summer" uniform. I call it the "ugly bear" uniform. I was forced to pay 200 rmb for this: 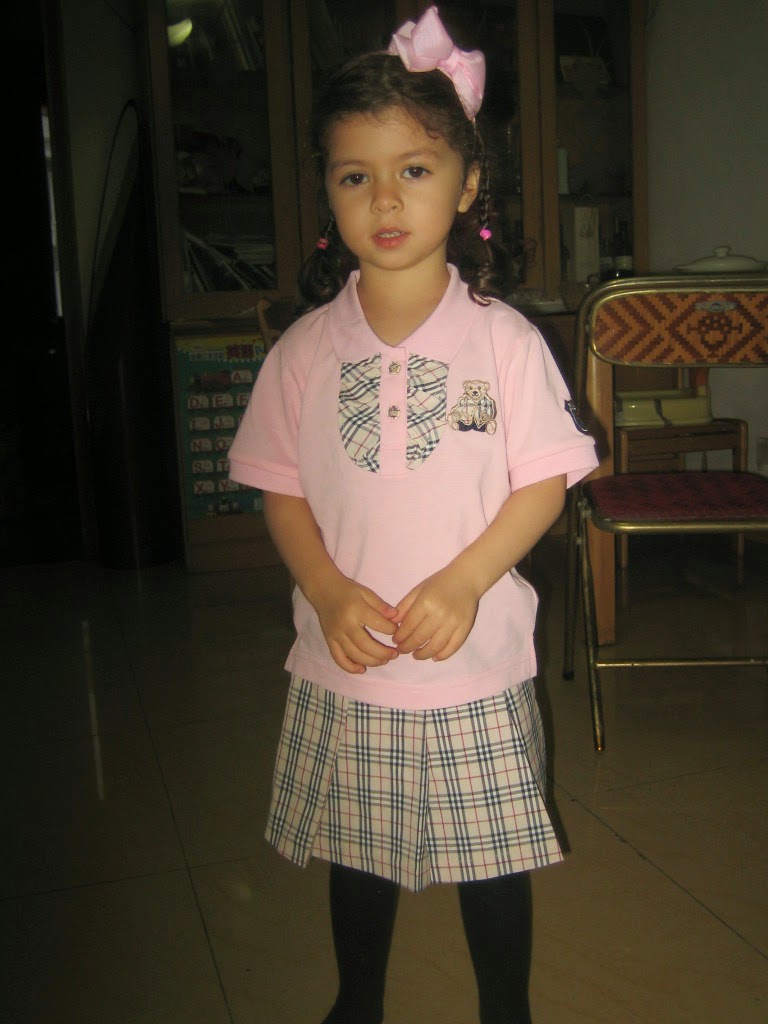 This stupid fucking ugly bear uniform. You know, it's cold or cool here most of the year. And I go on maternity leave next week. So my daughter will only wear this a few times until it's time to dress in the warmer uniform. What pisses me off the most is I was told I had to buy it for her because she HAD TO start wearing it in June and it just arrived yesterday. I actually don't hate the bottom part. It's a skort and I can get other use out of that for her with a cute top. Raelynn looks adorable in just about anything though (except some of the shit her grandmother has picked for her like this as just one of many examples).

The boys' uniforms are almost the same too. That's right. The boys must wear a pink shirt with a fucking ugly bear on it too. Though their shirts are sans ruffles, it still looks incredibly stupid for a boy to wear this thing. I almost feel sorry for the little monsters in my class. Almost. Why couldn't they give those poor boys a tan shirt with an ugly bear on it? It's so stupid.

Most of all, I hate the fucking bear. I HATE IT. I hate stupid bear shit. I bet even infants hate wearing shit like this. 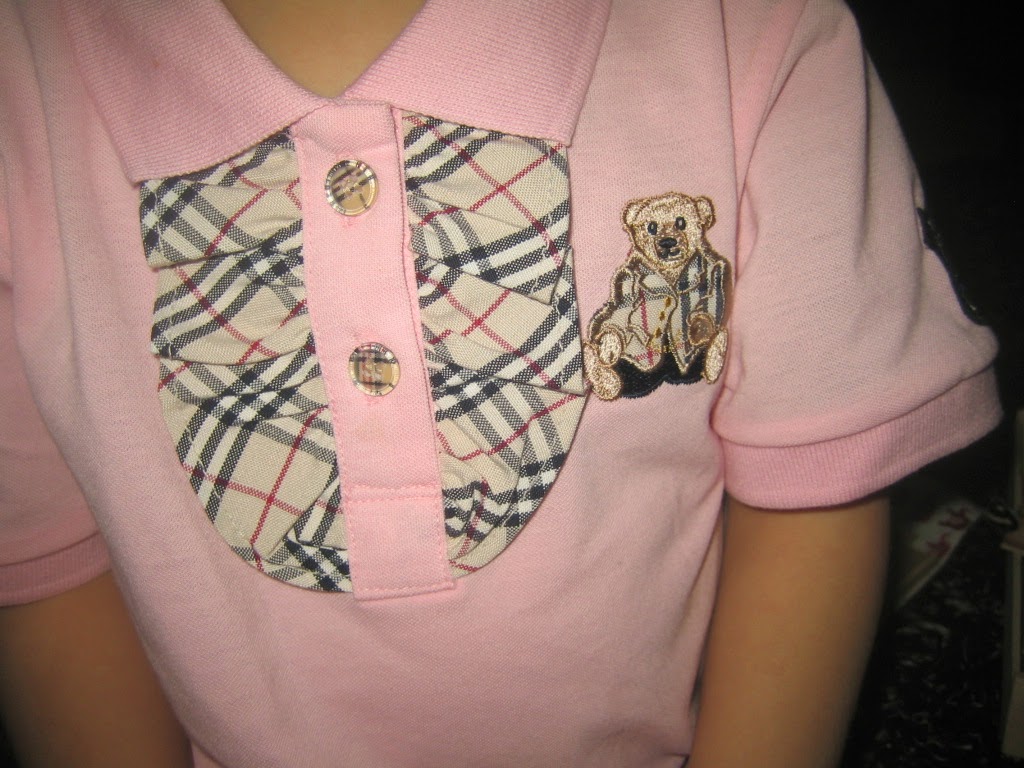 What sucks is that none of us like the uniforms. My friend/Western boss, Patrick, was forced to buy one for his darling son, Tommy. He complained about the uniforms and said he wanted them changed. The person who picked these stupid pink bear embroidered things moved back to Korea. Stupid Lesley. We all hate you even more now.

My Korean teacher, Christina, said the school chairman wanted to keep these uniforms. I told her if he likes them so much, she should order one in his size just for him. I should mention the middle and high school children all have to wear pink shirts on their uniform days. WHO PICKED ALL THE PINK?!? Now, I'm not saying pink is just for girls and boys should never wear pink, but they should be able to CHOOSE it. And choose something that is their style, not something with this damned bear on it. Lesley always thought shit like this was cute. It's so typical of things in Asia. In Korea, when I first got pregnant with Raelynn, I remember looking in maternity shops so I could find things to wear before my normal clothes got snug. You would not even believe how many shirts there were with cutesy crap like this all over them. For pregnant women! In China, it might be even worse, though these craptacular things were ordered directly from Seoul.  I'm having a baby. I am not THE baby! Ugh!

In any case, these are the uniforms and now that I'm stuck with this beary-crappy thing, I don't want them to change the uniforms and make me buy yet another fugly frock. I do hope, however, that someone takes my suggestion seriously and orders one for the school chairman.
Posted by JQ at 6:59 AM