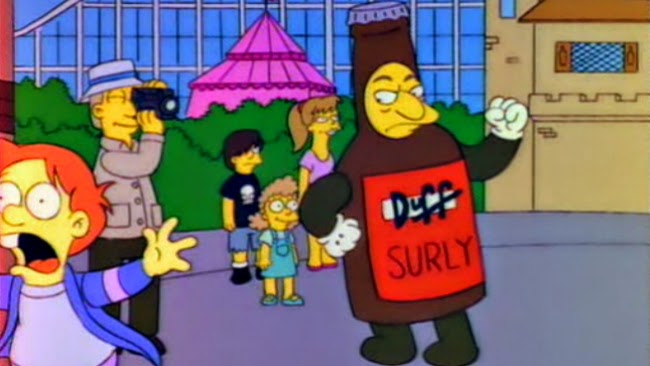 I was expecting my first day back at work to be much worse. But you know what? It was pretty nice. I have a few less students than last semester, but the ones that have returned were being so good today. Some of them even told me, "I missed you," which made my heart melt. It was a nice distraction from missing my precious Seoul, who survived her first day in the care of the head troll, thankfully.

At the beginning of last semester, you might recall the problem I had initially had with Surly. He was the bus driver that was too lazy to drive an extra couple of minutes to my stop. It bothered me for many reasons, the first of which was because I was pregnant. Secondly, I had Raelynn with me. And thirdly, because students are required to pay a bus fee, I'd PAID for bus services for my child. You can read more of the Surly saga here.

Anyway, today I was expecting to see our pal Surly when we got on the bus. But instead, there was a woman bus driver. I talk to her briefly since she doesn't know who I am. I tell her where Surly had been dropping us and she says "hao hao" which is "OK" in Chinese.

But as we get to the last stops before ours, she speaks to some of the Chinese teachers on the bus and now she doesn't want to take Raelynn and me to our stop because of the same lazy-ass reason Surly had given! See, just before you arrive at our main road, there's a street she turns right on where she is to drop off the bus when she's done dropping off the students and teachers. It is no exaggeration that this is just a couple minutes from our destination.

Now I'm livid. This woman is now telling me via the Chinese teachers she's about to drop off just before her beloved right turn that she doesn't want to take us there. I PAID FOR BUS SERVICE. Why is this so difficult? Why is it an argument with these people EVERY fucking time I need them to do their jobs? I hate people here. Seriously. Something is totally fucking wrong with you if you can't 1) do your job and 2) if you'd leave someone with their small child far from their bus stop.

She's pulled the bus to the side of the road and turned it off, refusing to budge until she makes some phone calls. She calls the school but can't get anyone there who has any information about the bus routes. So one of the Chinese teachers helpfully suggests she call Yang Shufu, or Surly himself. After talking with him, she huffily says she'll take us to our stop today but not tomorrow. "She says maybe you should take a different bus tomorrow," one of the Chinese teachers explains. Which is EXACTLY what Surly had said last semester. He gave me so much attitude until he realized I was married to a Chinese person. Maybe I should have told this bitchy bus driver that too.

She starts the bus and proceeds but she turns down a side street that's parallel to mine because she doesn't want to have to make the u-turn that Surly always made after she drops me off. U-turns are legal here unless otherwise posted, in case you were wondering. So she arrives at the intersection of Harbin Road and Nanjing Road and instead of turning left at the light to officially bring us to our stop where the city buses also stop, she turns right. Because she doesn't want to make that u-turn. And because it's totally normal to send someone with a small child to cross a very large and busy intersection even though they paid for the bus service.

At this point, Raelynn has fallen asleep so now I must take my bag, her bag and my other bag with my breast pump, not to mention Raelynn herself, off the bus and cross the intersection twice to get to where the actual bus stop is. The surlier than Surly bus bitch was saying something to me about my daughter being asleep as we got off the bus. Some sort of "isn't that cute" kind of remark and I told her I hoped she got mauled by a bear. But I doubt she understood since I have no idea how to say that in Chinese. I'll talk to the school about this mess in the morning and if they can't help me, I'll ask the gals that translate there to help me say "I hope you get mauled by a bear" for my next encounter with that bitchy bus bitch or anyone else who doesn't want to do the job they're paid to do.
Posted by JQ at 5:22 AM