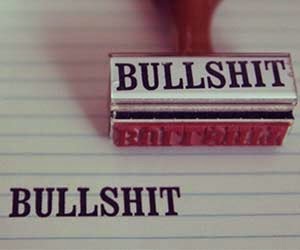 This week, I succumbed to a sore throat. Again. My husband made me a ginger tea to help relieve the pain. But of course, since I teach, I have to talk a lot. It was fine until some of my students (The Chihuahua and Heathen to be specific) would not stop running around, screaming and playing so loudly that they couldn't hear me telling them to stop, nor could the other children hear me tell them to line up for lunch. Despite ringing a bell on my desk AND repeatedly whacking my desk with a ruler, nothing worked. I used the last bit of real voice I had to scold them and get the others to line up. I haven't sounded this hoarse since I last saw Van Halen with my cousin Justin who laughed at me as I screamed and cried "I love you, Eddie!" Hey, look. I love Van Halen and have since I was a little girl. Sammy Hagar AND David Lee Roth. Eddie Van Halen though is THE man.

But this isn't about music that rocks. It's about kids that suck.

Heathen, to be specific.

Today, because my voice was virtually non-existent, I had Christina my Korean teacher explain to the children that I was making a special list just for today. She told them that if they broke the rules or caused me to have to shout to them to do what I needed them to do, they would be taken off that special list. All children who were on the list when it was time to go home would get a special treat.

Out of 20, 15 of them managed to follow the rules and not cause me to talk excessively. So those 15 children were sent home with a lollipop. One of the 5 children that did not get a lollipop was Heathen. As it turns out, the 5 children who did not get one all had run down the hall. Not just a small trot mind you. A full-on Olympic-style sprint. They were busted for this on 2 separate occasions too. The other 4 were bummed out but understood that I wasn't going to reward them for their behavior, especially when I made a point of letting them know what the stakes were.

But Heathen, being the little whiny sociopath he is, cried to his mommy outside the school when she came to pick him up. I'd already gone inside but Christina was out there. She explained to Heathen's mom why he didn't get a lollipop and that several other children did not receive one as well because they didn't follow the rules. But Heathen cried and cried. And then, Christina placated them by telling them that I'd give him a lollipop on Monday if he behaved himself. WHAT? What the what? Excuse me, Christina? Did I hear you correctly?

I am NOT giving Heathen a lollipop. THIS is exactly what I try to avoid when teaching my kids. Maybe their parents and other teachers want to give out participation trophies and not teach them that disappoint IS a vital part of life. But not me. Is it sad when a kid wants something he didn't earn and feels bad? Of course it is. But you know what's even sadder? A kid that never learns to experience losing graciously. That never learns that when they break the rules, they don't get special treats and rewards.

I'm angry with Christina for putting me in this spot. How is it fair to the 15 other children that actually did follow the rules if I give Heathen a lollipop too? How is it fair to the other 4 children that, like Heathen, didn't obey the rules but did not whine and cry that they didn't get a lollipop? Those kids took the disappointment like champs. I'd be much angrier than I am (which says A LOT because I'm steaming mad over this) if I truly believed Heathen could actually behave himself on Monday. He won't. He'll run down the hall like he does all the time, no matter how many times he gets punished for it. And in the odd chance hell freezes over and the kid actually behaves, hopefully he'll forget all about the lollipop he never deserved in the first place.
Posted by JQ at 2:56 AM