That didn't take long! Less than a week after receiving the approval letter, we were sent an email for how to complete the 2nd step for Jeremy's visa process. 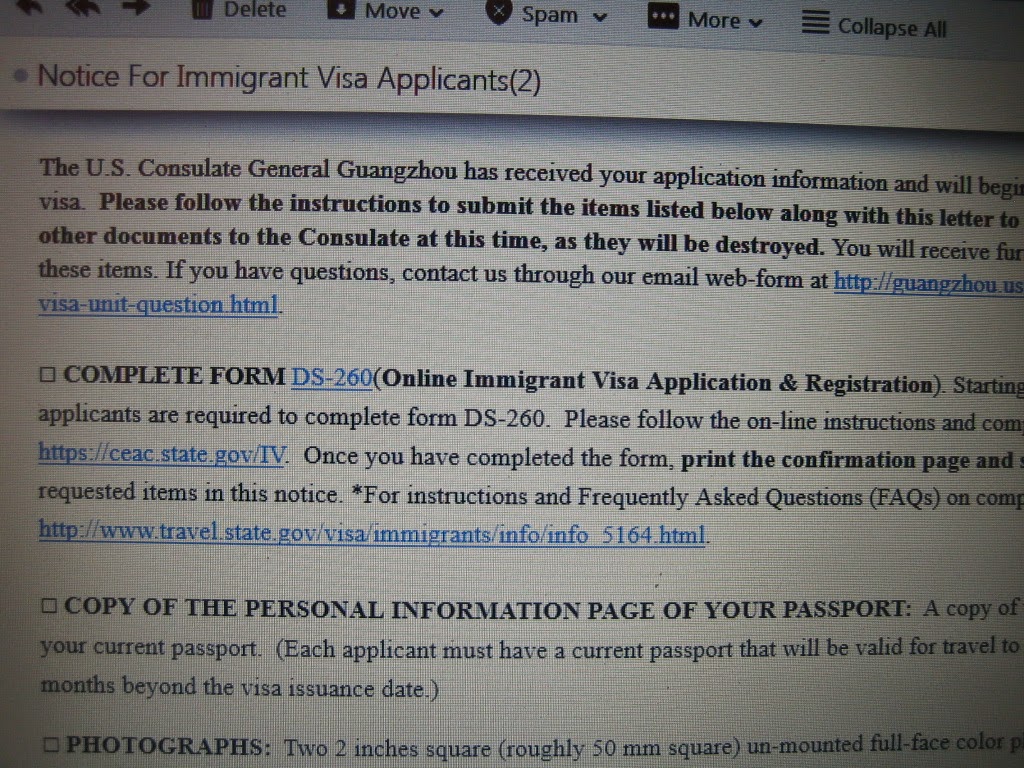 For this step, we had to fill out an online form and then submit the confirmation page, along with a cover letter, 2 passport-size photos of Jeremy and a photocopy of his passport to a nearby bank that the US Embassy requested us to use.

It's a seemingly easy step. But we found it was much more complicated than that. The form is not hard to fill out but requiresSO much information. It's all in English, which is Jeremy's 3rd language. Still, he filled it out like a champ. I sat nearby in case he had any questions about what he was being asked. By far, the most tedious part was the previous address portion. Jeremy had to list every single address he has ever lived at since he was 16. Yes, really. As he filled this out, I hoped that no one would ask me all the places I've lived since 16. There were SO many dorm addresses and apartments during my college years that I'm sure I'd miss something.

It took him a very long time to complete the form. By the end, we were laughing though. They ask some interesting questions, like if you plan on partaking in polygamy and stuff like that. Once he finished the form, we were relieved. Now he's sending the documents through the bank the embassy requested us to use and when he gets back, we can celebrate Step 2 being behind us.

What's next? Step 3, which will involve us rounding up a lot of documents and scheduling Jeremy's visa interview. Please keep sending good vibes our way and stay tuned for our visa progress.