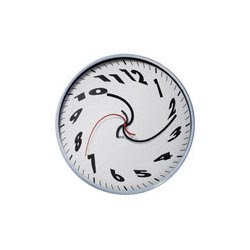 It never fails. No matter how many times you tell my in-laws something, even if you tell it to them in Chinese (and even if their own son tells them himself so there is no chance of a fuck up), they just don't fucking listen. Maybe because their accent makes Chinese sound like a herd of yaks being boiled alive. Maybe we should try speaking it the way they do.

In any event, I've only been back at work for one week. And actually, we didn't work on Monday and the kindergarten children didn't come until Friday. Tuesday was my first day of teacher orientation. Jeremy had told his mother I didn't need to be at work on that day until 10am so she didn't need to come until 9:20am. Guess when that hag-faced beast rang our doorbell? At 8-fucking-30. I was in the bathroom when it arrived and when I came out of there, I gave her my trademark face of death. Jeremy said she misunderstood him. Does she just not listen? Or does she just do as she pleases because she's a manipulative, pushy toad who tries to steal every precious moment I have with my daughter away from me?

Of course, the rest of the week, I had to be at work at 7:30am so she spoiled my last chance to enjoy taking my time in the morning before I returned from vacation. During the week, she's done a few small things to irk me. Time after time, being reminded to use cleaning products never sinks in with her. But I honestly let all those annoying little things go...until tonight that is.

About 40 minutes ago, we got a phone call on the land line. No one calls it but them (and once in a while, some idiot friend or relative who hadn't kept in touch with my husband's troll parents and didn't know they were living in one of their other properties) which is why I never answer it. As Jeremy went to answer the phone, I hollered out that it was my weekend and they are not to intrude on it. I knew what they wanted before he even picked up the phone.

It was nearly 7:30pm and I was in the middle of my bedtime routine with Raelynn. I'd just bathed her and brushed her teeth. Now I was giving her some milk before story time. When my husband hung up the phone, he informed me that just his father was coming over to bring us food. What a crock! Seriously. My own parents would be unhappy eating before 7:30pm themselves, and once upon a time, I ate dinner much later. Even living in Seoul, Jeremy and I never ate dinner very early. But having a kid changes all that. Raelynn was hungry when I first started cooking our dinner so I scurried to make things happen as fast as possible. Jeremy fed her some already-cooked chicken that he'd picked up earlier to keep her happy as I made us mashed potatoes and a spinach side dish. We were all done eating by 6:30pm. These invalids KNOW that unless we are out to dinner, we have already eaten by 7:30pm. And they themselves eat dinner at 5pm which is even earlier than we eat. So calling us at that time was a sneaky fucking move. I heard Jeremy telling them that we'd eaten already and Raelynn was going to sleep. But of course, they insisted on bringing over this food immediately. As if we were starving to death. I KNOW HOW TO COOK BETTER THAN YOU, BITCH! Geez! I don't need your greasy, improperly refrigerated "food." Gag.

My husband promised that just his father would be coming to drop off the food and go. I rolled my eyes and went to read Raelynn bedtime stories. I read her several stories. As I began reading the last of them, Pinocchio, the doorbell rang. But instead of just FIL, it was BOTH of them. I don't know what they were expecting...they bring us food and I'd let them barge in and bother Raelynn? Not fucking likely. I think they make food for us when we don't need it just so they can throw it in our face, as is the Chinese way. "Well, we made you food that one time so you owe us." I don't fucking think so, fuckwads.

They left just now, thankfully. And without waking Raelynn. Time after time, they just don't listen. Time after time, they continue to intrude. And time after time, I feel trapped by them as though a boulder were tethered to my ankle and I were at the bottom of the sea. Don't get me wrong - I love my husband and am happy I married him, but I am so sick of his parents pushing themselves into the center of our relationship. I wish that just one time even, they would give us some space. I know, I know...I'll be holding my breath until the end of time before that happens.
Posted by JQ at 4:38 AM