One Year In China 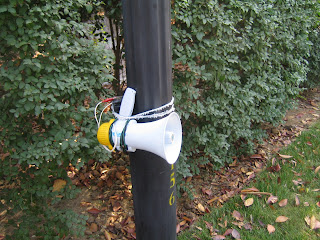 The above photo is perhaps one of my favorites of strange things I've seen since I've moved here. And now that I've lived here for a year, I can tell you that shit like this is quite normal in China. The half-assed loud speaker (seen in a nearby park) is the ideal representative photo of this country where everyone does a half-assed job.

Today is officially the one year anniversary of the date that I first moved from Seoul to Qingdao. And one year later, I am still dealing with the intensive culture shock that I got from this place. That didn't happen with Korea. True that Korea and its inhabitants could irk me at times, I felt much more at home there. It is as strange as I am. I had it figured out. But I'm still trying to figure out China, slowly but surely at least.

I was 4 months pregnant when we moved here. Perhaps if I hadn't been pregnant, it would have been easier for me. I could have found other foreigners by going to bars and coffeehouses and wandering around town. But in Qingdao where the subway is currently being constructed, your options for getting around are limited to driving yourself (no fucking way could I possibly even attempt to drive amongst these folks as they drive even more frightfully than my disgusting pig of an ex which is saying quite a lot), taking a taxi or hopping on a bus. Our street is a little long which is no problem now but when I was pregnant, it was pure hell because I'd have to majorly pee when I got to the bus stop even though I'd gone before leaving the house. And forget taking a taxi by myself! I only knew a few words and phrases in Chinese (one of them being "shagua" which means "stupid"). Not knowing my way around, not speaking Chinese and no easy bathroom access made my life here as a pregnant foreigner extremely difficult.

Not being able to get around easily means not being able to make friends. My husband was working and I was stuck in our house. I wouldn't have minded relaxing at home but it wasn't at all peaceful. Back then, MIL came over every single day. I had no privacy as this was back in the days of when we just had that stupid vomit-patterned mess of a curtain to separate us from the living room. She was constantly making disgusting messes in our home and kept our kitchen looking like the backyard of the worst trailer in the trailer park until my husband took a good look around and realized I wasn't complaining just to hear myself.

Thankfully, much has changed over this last year. Ten major changes:
1) We've upgraded our home so it looks like ours and not like some dirty migrant workers live here.
2) I never see MIL anymore except for just a few moments each day after I return from work.
3) I'm no longer pregnant and in need of bathrooms often.
4) I know how to take a taxi all by myself in Chinese.
5) I can get around by bus fairly well now too.
6) I discovered restaurants and normal stores that make me feel less out of place.
7) I started teaching again. Because the school is Korean, I feel so much more at home there.
8) We made some great new friends. Even Raelynn has met other babies.
9) They are making a lot of progress on the subway they're building here.
10) Best of all, I am a mommy!

And if those things don't cheer me up, well, I just whip out my camera and capture things like these. Presenting my favorite random China photos: 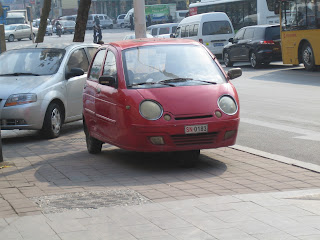 The 3-wheeled car. I can't imagine ever riding in such a thing, especially in a place where the only time I'd feel safe going anywhere is if I was in a tank. You will never catch me in this death trap. Or on motorcycles. No way. No how! 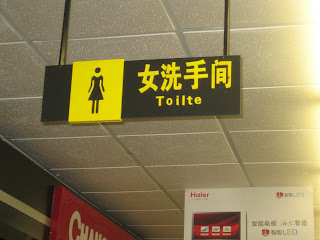 We saw this one during one of the many times I had to pee while pregnant. This was before I knew where the decent bathrooms in this city were. But even then, when you're pregnant and you have to pee, you will pee anywhere to avoid wetting your pants. Anyway, Lane and I cracked up at this. English might be his third language but he's a smart cookie when it comes to shit like this. I've taught him well. 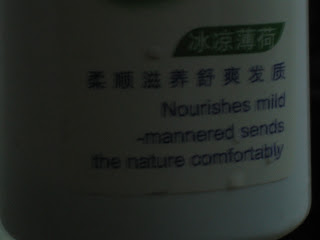 This lovely shampoo was in our bathroom when we moved into this house. I just always loved the crazy English on the front. It sounds more like a description of what a laxative will do. I think that is why I just couldn't bring myself to use this product. 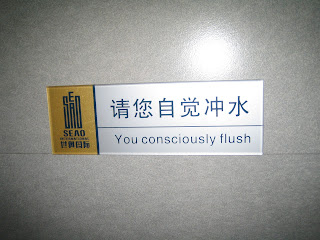 This was in a bathroom stall I stopped in for another pregnant pee. I was with my friend Andrea who was my first friend I made here. We LOVED this! 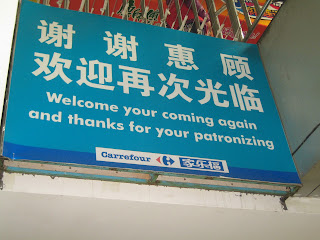 Andrea and I also loved this sign we saw in Carrefour. "Thanks for your patronizing." Oh it's perfect! You patronizing bastards! It's just so odd, especially because Carrefour is a French company. You'd think they'd have had a better time translating the English in a more professional way but no. 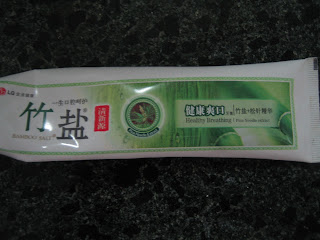 My friend Genesis (my second friend I made here) will back me up on this when I say this toothpaste, which is pine needle flavored (no joke), tastes EXACTLY how Pinesol smells. E-X-A-C-T-L-Y. Now, imagine being pregnant and getting a mouthful of that. Barf and Pinesol taste are even more disgusting than just barf or just Pinesol. Trust me on that one! 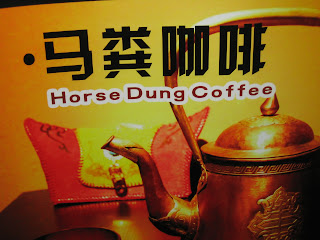 Coffee anyone? With horse dung coffee on the menu, I think I will stick with tea thankyouverymuch.