Doody On The Sidewalk 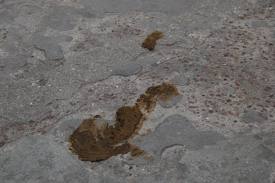 The above doody was not made or photographed by yours truly. This was an image I found thanks to Google image search.


Once upon a time, my brother introduced me to a spoken-word song by King Missile called "The Sandbox," which is nothing short of hilarious. It is about someone who goes to the sandbox to play and winds up sitting right in a doody that was in the sandbox. Several years ago, I'd introduced it to my dear friend Marni Kaiser Thomas and it was all she could talk about. Disgusting stuff, yes, but damn funny in the fictional sense. But let me ask you this...what if finding a doody in a sandbox became a very real possibility? Would it be funny then?

In China, this is a very real daily occurrence. When walking, you learn that instead of walking with your head up you should be looking down to ensure you're not stepping in someone's excrement. Dog owners should be shamed for not picking up after their pets but even worse are the parents and grandparents of small children who allow them to shit upon the sidewalks.

Today, I had to go to the store by my school to grab pads and chocolate, the winning combination. On my way back, there was a young Chinese boy, the same age as the youngest grade of Korean kindergarteners we have, taking a dump (or rather, leaving a dump, as Beavis and Butthead would have said) right there on the sidewalk. Even though this is not the first time I've seen such disgusting behavior, I can't help but be shocked by it. There were several stores and a cafe not even 100 feet away. Why couldn't his parents (or grandparents, who likely taught him this was okay since Chinese parents let their own parents raise their kids and thus, a nation of socially inept only childs is born) take him to the bathroom instead? He was too old for diapers and old enough to go to a toilet himself. Yet, there he was, crouched down on the sidewalk, much like a dog, crapping away like it was normal.

Dear China, this is NOT normal. And it needs to stop. This is a big city. This was not on some dirt road in the countryside. If you want to be taken seriously as a top runner in this global economy, go use a toilet. And for God's sake, wash your hands afterward!
Posted by JQ at 1:28 AM

Email ThisBlogThis!Share to TwitterShare to FacebookShare to Pinterest
Labels: Ewwww, Only In China, Society Down The Tubes