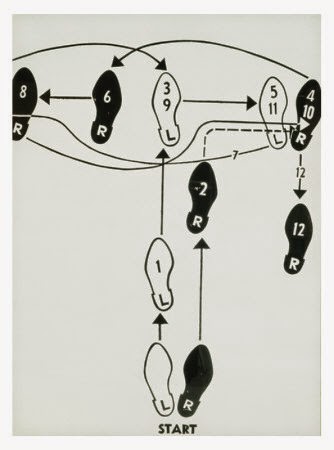 You know, I should start off with something positive. So let me just say that yesterday, MIL was helpful. I KNOW. Pigs must have been flying somewhere because she completely backed me up without undermining my parenting when Raelynn was throwing a tantrum.

The tantrum, incidentally, was about a cupcake. I'd made strawberry cupcakes with strawberry frosting, much thanks to my mom who sent the mix in a package. Seoul turned 100 days this weekend and we were spared a crazy celebration with all the relatives since in China, 100-day celebrations are a big deal. Well, we were spared until the upcoming weekend that is. Stay tuned for that. Anyway, I thought we should make our own small celebration for her so I made the cupcakes. And we ate them for her.

Since FIL has been banned from meeting us at the school bus stop each day, I've been working with Raelynn to keep her from acting out. I know it's really hard for her to keep from sleeping on the bus. Lord knows I try to keep her awake but she's just too tired and the ride is long. When she is woken up, she's disoriented and I totally understand how that must be for her. Yesterday, I spoke to her about this before we got on the bus. And while we were on the bus. I told her if she got off the bus without screaming and throwing a fit, I'd give her a cupcake when we got home. She was very good on the bus. Until she fell asleep and consequently, had to be woken up to get off the bus. The bus driver looked more than a little annoyed. At least that Chinese teacher refrained from offering candy to her this time.

I finally had to drag Raelynn off the bus and once I did, she screamed some more and tried hitting me. Talk about embarrassing! But before I had kids, I knew I'd have to prepare myself for embarrassing behavior. Like this for example. Because I was worried about her getting hit by a car (we were on the side of the road), my main focus was to get us on the sidewalk and out of any potential danger. Once I did that, I told her she blew it with the cupcake. She keeps yelling and saying she hates me now (I thought that didn't happen until the teen years) but I ignore her. And then she stops suddenly and completely switches gears. Now she's sorry. But I don't care. I say nothing and keep walking, holding her hand all the while and trying to think of something else so I don't fly into a rage.

She knows she's in big trouble and she's not getting that cupcake so now there are more tears. We get inside the house and I explain to MIL what happened. I was shocked and thrilled that she didn't fuck up my hard work because when Raelynn begged her for the cupcake, MIL refused to give it to her until I said it was ok. For ONE WHOLE FUCKING HOUR we listened to this kid scream and cry in her room. MIL went and cooked us food that wasn't too bad (seriously, sorry I have not documented the meals...I keep forgetting until it's too late) and I fed and snuggled Seoul.

Finally, Raelynn figured it out. She apologized for being a jerk. I didn't want to reward her though because I feared she'd think as long as she says she's sorry, even if it's not sincere, she'll get a treat. So I had her help me with some chores. And she really worked hard. So I offered her a cupcake for being a good helper.

Yes, yesterday was a good day for a Monday. Two steps forward.

Now it's Tuesday and we're taking two steps back. Way back.

Only a mini-tantrum today. Plus a big, unattended and mangy dog walked by us and that sufficiently spooked her into submission. I'll just remind her about the yucky dog from now on and I think that will achieve the desired results. When we get home, I see MIL has dressed Seoul in Raelynn's socks. Because she's too stupid to find the socks in Seoul's drawers, apparently. Because it makes SO much sense to put socks on a baby that are intended for a child 3 times the size. Perfect. So I tell her this and show her AGAIN where all the clothes are for the baby and just shake my head.

Next, it's dinner time. I've been busy bathing Seoul and trying to reach my brother on Skype for his birthday. Now Seoul is tired and I've put her to sleep. Raelynn comes to tell me it's time to eat. So I emerge from our room and I find only 2 things on the table:
1) Chicken wings, which she made yesterday. Not leftover, just a new batch. She makes good chicken wings but I don't want to eat the same thing 2 days in a row. She always does that kind of thing. My friend Lynelle suggested that she probably buys a bunch of the same thing and then just uses it until it's gone and that makes tons of sense. Only she makes those things the same way every single day. If she has cauliflower, she cooks it with sesame oil. For 5 days straight. Me, I can take cauliflower and find 5 different ways to make it during the week. I wish she could do that too.
2) Xifan. Because OF COURSE.

That's it. Nothing else. So I ask her where are the vegetables because I know Jeremy will shit a brick if there are no vegetables on the table and she then offers me baozi, those steamed stuffed bun things I hate, because those have vegetables in them, she tells me. *facepalm*

So I eat what I can, trying not to snarl in rage too much because there are 2 cupcakes left. Raelynn has eaten all of what MIL served her, which was my requirement for getting a cupcake today, so she is happily eating hers. Mine is sitting, waiting for me to finish this bland offering. But I want to set a good example for my daughter so I eat politely and then enjoy my cupcake.

As I go to throw out the cupcake wrapper, I see something odd in the garbage can. I realize what it is. It's a smoke detector a friend gave us before moving back to the US. A smoke detector that I've been nagging someone to get batteries for. Here (Korea too), smoke detectors aren't usually present in homes. It's the stupidest thing ever. Now ours is sitting toward the top of the trash with soggy tea leaves on top of it. I shout for MIL to come and ask her about it. She tells me it's broken. How would you know, you old moron? It's not broken! It needs batteries. What pisses me off about this is that she threw out something of ours without asking either one of us. She just ASSUMED. She didn't even know what it was. She probably thought it was a mini-spaceship or some shit. I explained to her what a smoke detector does. Then I told her don't throw out our things. This is someone who leaves garbage around the house like napkins and junk mail but throws out things that we want, need or use. That's probably why Raelynn's art smock disappeared. She didn't think there was a use for it. YET SHE KEEPS ALL KINDS OF OTHER USELESS SHIT! She once tried to dig out old power strips that had frayed wires from our garbage until I told her they were broken!

To make my point to her, I pointed at her shoes and asked her if she'd like it if I threw her things into the garbage. She said no. I then told her to please not throw out our things and to only throw out actual garbage. We'll see how that goes. We all know her track record, don't we?
Posted by JQ at 4:33 AM