It's the start of a 3-day weekend! Last night, I had a migraine and was determined that today would be awesome. But Seoul has a cough and runny nose so we've been chillin' at home. I decided it would be an ideal time to begin going through my crap and whittling it down. I know the next 2 months will fly by and I don't want to be panicking before we leave for the US.

So I started with a giant storage bag (the kind you vacuum-seal shut) that was under the crib. I noticed my fatheaded troll of a MIL had been in it because she took out the ugly polka dot pants she'd given Raelynn. She must have taken them home in defeat because they're not in Raelynn's closet again. Good. I'm not wasting precious suitcase space on ugly garments from her. I will be absolutely thrilled when that woman is not rummaging through my items!

Anyway, I pour out all the items onto the floor, much to Seoul's great delight, who has helped herself to some of my bikini tops while I begin trying on shorts and t-shirts. Oh what did I expect? That I would fit into my size 3 pants now? Ha. They mock me as I try to pull them up but I'm rather surprised that I can get them pulled up even partially over my butt. That's progress at least. But since it will be quite some time before I'm a 3 again, I put them in the pile for sale. Most of my cute Hollister t-shirts were a no-go either. I'm so booberific now that they appear like they have shrunken onto me. No, no. I'll go buy new ones at Hollister when I get back. They're in great condition so I'll sell these too.

And then I find some stuff that's just had it. It's old and ripped and I've no idea why we've wodged it into a storage bag. Time for it to be thrown out. I make a pile of things to be thrown away. I'm pleased though that there are a few things at least that I can wear again since having kids. Not many things, mind you, but I'll take it. And hey, at least now I have good reason to go shopping.

I sort the bag out and then fill it back up with carefully folded items to be sold. I feel productive. Jeremy comes in and I proudly show him my work. I point to the pile to be thrown away and he gets all concerned. "Oh no, we can't throw it away. We'll give it to my parents," he tells me. "Um, what? WHY?!?" I ask. He explains that in China, there is none of this culture of giving away or selling your things, or throwing clothes away. Even ripped clothes. "But these shirts are old and ripped! What in the world are they going to do with them?!?" One of the shirts in question is a black t-shirt that has faded to that grayish black and has lots of holes in it from being washed excessively. It's an old shirt I creeped from an old college boyfriend and it says "SECURITY" on it. For many years, it had just wound up in my closet as that t-shirt you wear to sleep. Somehow, it wound up in this bag. And now, he's going to give it to his parents. Because. I have no earthly idea why. What will they do with an old ripped shirt?!? I used to have one that said "FUCKER" on it (from a different college boyfriend) and if I find that one, they can have it because I HAVE TO see one of them wearing it. That would totally make my day.

But it just seems odd to give them old clothes they will likely never ever wear. Perhaps they could make rags with these old things, but they won't. They will use the same dirty rag over and over without ever washing it once we go. Jeremy and I wash our rags every week. I bet they will never get washed again once we move. Would my FIL actually WEAR any of these old shirts? He wears this one shirt of Jeremy's. OMG. I need to tell you about that.

HOW did I NOT tell you guys?!? About 3 years ago, MIL bought a decent shirt for Jeremy. It's a Tommy Hilfiger. It may or may not be a fake but if it is a fake, it is a darned good one. I was stunned that she'd picked out something that wasn't fug. Anyway, here is the shirt in question... 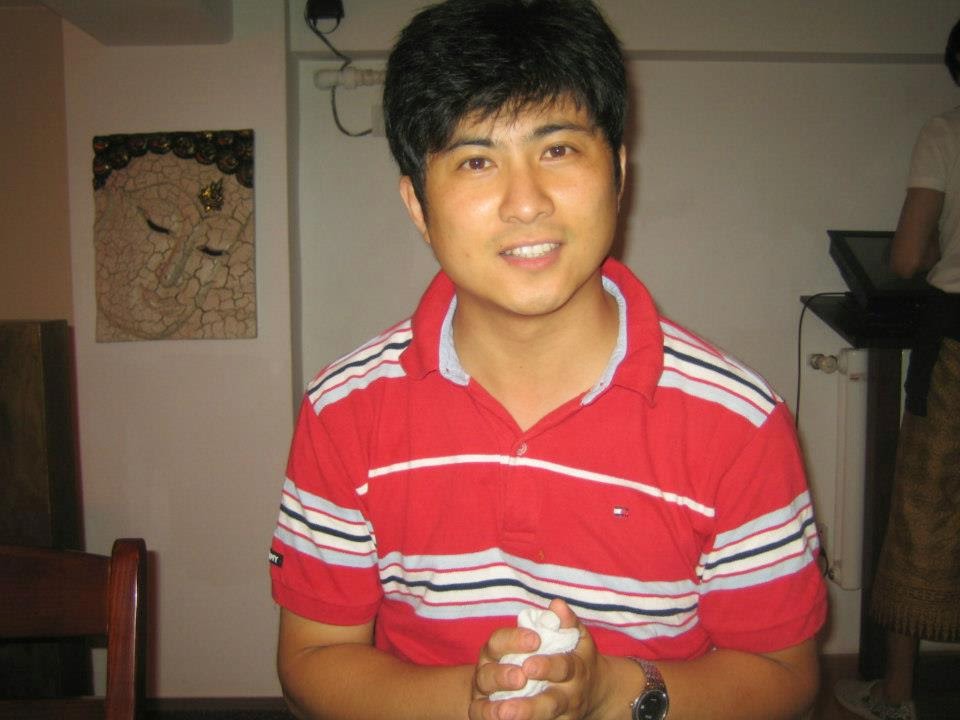 This was on our 2nd anniversary, incidentally. 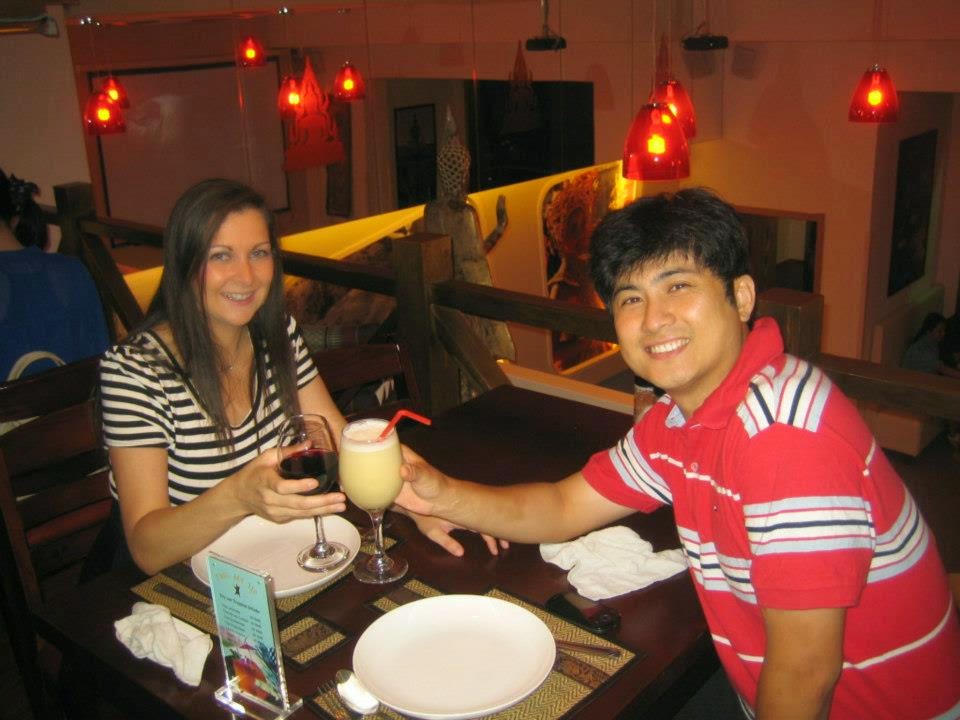 We had left Raelynn with the trolls so we could go out to a nice Thai restaurant.

Anyway, I hadn't seen this shirt in Jeremy's side of the wardrobe in ages. I had been wondering about it. I think he'd been wondering about it too. Guess what happened to it? His dad took it. No, really. He took it. I checked and checked the closet. So did Jeremy. This was not a case of his mom buying her husband the same thing. No, he randomly took it at some point. Why? We have no idea. When I ask Jeremy about this, he just laughs and laughs. Maybe because he can't explain it either. Now every time FIL wears the shirt over here, we laugh hysterically. It's just bizarre.

So maybe they will wear our old, ripped, outdated clothes. Or they'll just shove them in the cupboards and we'll find them when we come back to China to sell the properties or, his parents, whichever comes first.
Posted by JQ at 5:03 AM