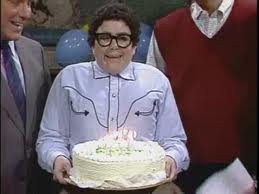 Is it a boy or a girl? In China, sometimes you just can't tell!


Do you remember that stupid "It's Pat" SNL skit? That's what I thought of on Wednesday when Jeremy and I took Raelynn to a new play group. The group itself isn't new. We're new to it. I'd heard of it before but because I'm usually at work during the day and time it occurs, it was impossible to take Raelynn.

This week was our first chance to attend and all 3 of us had a great time. Jeremy got to network a bit with his insurance stuff and I got to make friends with more moms. And of course Raelynn had a blast. She made a calendar, she dumped sparkly stars all over the floor and then allowed me to pick them all back up again and promptly threw the container onto the floor once more and even with all that activity, she managed to play around with some of the other children there.

As the play group came to an end, Jeremy and I sat in some teeny tiny chairs and watched Raelynn as she raced back and forth, bringing us different toys. She brought us a tea pot. "Tea!" she shrieked with joy and we giggled as she tore off again. Once she ran back across the room, a Chinese boy and his mom approached. The boy picked up the tea pot and pretended to pour it over his head. All of us adults laughed. My husband then asked the mom how old her son was.

And then, there was that awkward moment when she told us that her child was a girl, not a boy. My husband and I exchanged glances and tried to be polite. I looked the child over from top to bottom. Poor thing. She looked like a boy to me. Her hair was short like a boy. I know, I know. Some small children get their hair in later than others. But this child was larger than Raelynn. This child was also wearing boy clothes. The sweatshirt was very masculine, as were the pants and shoes. I was stunned that this was a girl.

Was I surprised though? Here, no. I just don't understand Chinese people at all when it comes to things like this. Did you want a boy so badly that you thought you'd dress up your daughter to look like one so people won't look down on you? Do people really care that much about having a boy over a girl? Get over it. Without girls, you won't have anyone to reproduce your ill-mannered and spoiled boys.

I'm not saying everyone with a girl must dress her up in poofy dresses all the time either. But if you have a girl, like we do, don't you want her to look a little girly? Jeans and a pink Hello Kitty t-shirt. Bows or barrettes in her hair. Something!

The woman seemed confused that we couldn't tell her child was a girl. My friend Ruth was standing there while this went on and we had a good laugh at how if this conversation had taken place in America, the woman would have been offended beyond belief. "That's true," I conceded, "however, in America, nobody would dress their little girl like a boy." Ruth agreed.

I remember when I first moved here, back when I was still pregnant with Raelynn. My husband and I were at the immigration office filing my paperwork. A man came up to the counter with what I thought was a boy in a dress. Then I realized it was a girl who had sadly been given a terrible and unflattering boy-style haircut. This kind of thing is so common here. It annoys me every time I see it.

Anyway, here's hoping that next week, we don't mistake that little girl for a boy again. But given the way her mom dresses her, history will likely repeat itself.
Posted by JQ at 6:12 AM