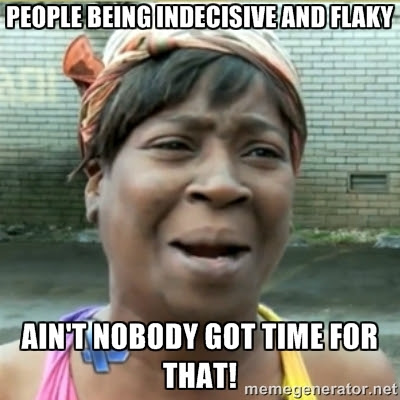 You know, it's not just my in-laws who annoy me here. Other expats can, well, kind of suck. Let's not forget this cow at church. There's plenty more where she came from too. Like this sellout. Urgh.

As we get closer to moving, I put up an ad on one of the email groups for Qingdao. I listed a bunch of crap we're getting rid of along with prices and my contact information. There was a frenzy for our coffee maker and grinder, which I wound up selling to a woman I've known here for a while. I don't see her often but she's genuinely lovely. She was also the 2nd person to email me about being interested in purchasing those items. The first person was only interested if the coffee maker brewed more than 6 cups (it didn't).

Beyond that though, I had some inquiries about some toys. One of my friends will buy some of our toys and my small dumbbells. Another asked for photos but discovered the toys were not suitable for her older boys.

That's all fine and good. But the kicker was one woman who messaged me that she was VERY interested in any children's books we had for sale. It was hard for me to round up all the children's books we won't be taking because Raelynn would come right along and steal them away. I finally managed to do it when the trolls had taken her to their home. After a dinner out on Friday night, Jeremy let Raelynn stay at their house of gross. Let's not get into that. It did wind up being useful for rounding up books and toys from her room unobstructed though.

Anyway, I take photos of some of the books and send them to her. She tells me which ones she wants and I tell her the prices. "Keep them coming!" she tells me. Because we live far, I offered my purchasers the chance to meet me downtown at the Crowne Plaza hotel at noon on Sunday, when church would be finished. My friend buying the coffee maker and grinder arranged to have another mutual friend come pick it up as she was unable to and a nice Russian lady asked if she could meet me there to buy some books from me. Another one asked us to leave a book with a friend of ours and get the money from her.

The lady who wanted the children's books also asked to meet up with us at the hotel.

Then last night, I got a text message from her. She asked if it was possible to meet us before church services because they usually eat and then nap around noon. She said she was available from 6am to 11am. I chuckled a bit. Who the fuck makes plans at 6am? I explained to her that we'd be meeting some other people there to give them the items they wanted to purchase. I told her that if she wanted to meet us before we went in, we could send her a text message when we were on our way. She said that she would do it this way then. And that was the end of that.

Or so I thought.

On Sunday morning, I got another message from her. She told me they decided to go to the beach that morning. Not just any beach but one that was especially far. Even from where we were headed. "Do you live near Shi Lao Ren?" she asks me. Um, no. That is even further from where we live, hence why I offered to meet at Crowne Plaza since that's close to where all the other foreigners live except me of course. Then she hits me with the. "I am going to really try. If not I will come to you this week for sure."

Try? TRY? Are you for real? I am not having my husband lug a big bag of books down to our car in the chance that you drag your butt off the beach to meet me like you ASKED to meet me. We're not a delivery service. You want the books? Come pick them up then. Let's see if you're serious about coming here "for sure."

I'm now severely enraged and so I send her a curt message. Some excerpts:
"Ok please let me know before noon if you can make it. I have 2 small children of my own and can't wait around forever."

After relaying this to Jeremy, I then send this:
"My husband doesn't want to lug the other children's books up and down our stairs if you might not come for them. You are obviously busy today so I will hold the books you requested for you and you can check out what's left later this week or on the weekend."

She wrote back later with an apology and asked if she could come during the week to get the books. Fine. She tells me she has an ayi during the week so it makes it easier for her. An ayi is a nanny, if you were wondering. Anyway, I tell her she'll have to come around 4:30pm. Now she says her husband will come. I should mention she's told me she has a Chinese husband too. Interesting. So will he come? I'm not holding my breath. But at least I don't have to stand around a hotel lobby, wondering if she'll show up while I hold a bag of books and two screaming children.

Why do people suck so much? You want this stuff? Come and get it!

Oh, and if you're wondering, no, we cannot leave the in-laws in charge of this stuff. They would totally mess it up. They'd probably sell the books we're taking with us because they're just that base.

Anyway, here's hoping we can clear out some of our stuff before we move and that the other people we'll deal with won't be so flaky.
Posted by JQ at 3:31 AM