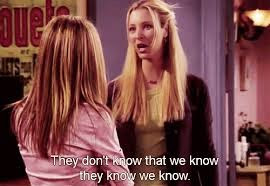 I thought I'd mentioned it in one of my recent posts but a quick glance through them tells me that I neglected to write about it after all. What is that crazy broad abroad talking about now? Why, I'm talking about how my husband didn't tell his parents when we were moving away. Yes, really.

Jeremy told them that he was issued a visa to the US. He told them we needed to be inside the US before the date on the visa. But he did not tell them WHEN that would be. Even after we booked and paid for the flight, he still didn't tell them. He was putting it off, trying to figure out when he'd say something. Surely, they had to have an inkling.

But this weekend, after packing up 2 of our suitcases (leaving me to wonder how the heck to fit the rest of our crap in the remaining 4 suitcases, but that's a story for another time...), we had nowhere to put those heavy badboys. We shoved them out of the center of the floor but it's quite obvious the process of moving has begun for us. So Jeremy manned up and told them when we're leaving.

And MIL seems cool with it. They will come live in this apartment when we're gone because all the appliances are better. And we have internet that we paid for already. We'll get them a new computer so we can Skype with them too. Most of all though, MIL insisted we sell the car. I told Jeremy we should sell the car but he said he wanted to leave it for his parents. Which pissed me off because THEY CAN'T DRIVE! After exhausting myself explaining about depreciation in regards to motor vehicles and how maintenance is still mega-important even when you don't drive a car for a long time, this lecture plus what his mom said got through to his man-brain and now we'll be selling the car.

I kind of feel sad about the car. It's been a member of our family. Even though I never drove it personally, it's been our little car for most of the time we've lived here. I will miss it. I mean, remember when Jeremy first started driving? If you don't, it's worth checking out here and here. He's come a long way from those days, back when his English name was "Lane" and he'd decided to change it to "Jeremy." Hahaha!

Anyway, now that the in-laws know exactly when we are leaving, I am sure they will constantly be in our faces even more so than they already are. Which will be even more annoying but at least I know there is a light at the end of the tunnel and when I feel like I'm going to snap, I'll just remind myself that we'll be leaving in just under 2 months. And I won't have to deal with them for a good long while after that. Ahhhhh...splendid!
Posted by JQ at 5:05 AM