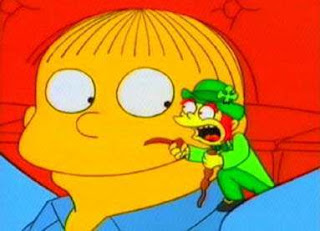 If you read the title of this post and were about to come at me with the whole "unpossible is not a word" thing, just sit down and shut the fuck up. Because Ralph Wiggum of The Simpsons made unpossible possible. It's so fitting for what I'm about to describe to you. It is truly, as Ralph said, unpossible.

For over a month now, I have been preparing my students for their graduation ceremony. Over a month ago, I chose a song for my students to sing and dance to: Frank Sinatra's version of "Santa Claus is Coming to Town." I've been working hard on this and so have my kids. Every day, we practice and they have come to really take it seriously. I am honestly really proud of these guys.

When I'd selected my song, I checked with my Korean boss. I told her which song, how long it was and even played it for her. I also sent it to my Western boss. I double checked with my Korean boss that I only had to do one song and dance and she said yes. See, last year, they felt my song choice wasn't long enough. So I taught them an additional song, making for a total of 2 songs. And then, they came to me and told me they wanted a graduation song too. On top of those 2 songs. Three songs for my kids to sing. Somehow, I'd managed to get them to sing all 3 (and perform no less) perfectly. But during the graduation, they cut the graduation song out of the performance at the last minute. So I basically tortured those poor children for nothing.

Last week, my Korean boss tells my Korean teacher to tell me she wants me to teach the kids a graduation song. In one week! I seriously wanted to smack her and for the first time, I was ready to kick up my heels and throw a fucking party that she's moving back to Korea after this semester. On a personal level, I like her very much. As a boss, she totally sucks because she's always doing shit like this. She can speak English well enough to tell me this but she sends my Korean teacher to tell me. It's such bullshit. The song I was forced to teach last year's students was really, quite excessively long and very hard so it was probably for the best that Christina and I couldn't find it on the server. I found a much shorter, easier song which was thankfully the children picked up fast.

I was all proud of everything too. I'd taught them a good song and dance and now, I'd taught them a great graduation song to go out on. It was Christmas Eve day and despite having a long rehearsal for the performance this Thursday, we were having a good day filled with cake and a visit from Santa (one of the other teachers who was happy to dress up for us). Then, while I'm eating cake with my kids and Christina, the other teacher (who will also be taking my Korean boss' place when she leaves which will be super) pops in and tells me this lovely gem:
He says that our principal thinks that because the first grade children are also doing "Santa Claus is Coming to Town" (never mind that it is a completely different version than mine) that we should combine them, essentially 1 day before the big performance. Is she fucking nuts? Seriously, I have no words for this that don't begin with "fuck." He went on to say that he told her it was impossible at this stage (or unpossible because of how fucked up this whole thing truly is) and that I shouldn't worry about it. I know they can't make me do that. For starters, my 2 Western bosses will totally shoot that shit down. I'm just venting because I'm super-pissed that they keep pulling this shit on me. I don't mind most requests, I really don't. But why don't you fucking come here and teach these small children IN ENGLISH how to sing a song and then, give them commands IN ENGLISH regarding dance moves. Then, when you're all done with that joy and you've been whipping them into shape for weeks with oodles of practice and hard work, change the whole fucking thing only 1 day before they go on stage. And better yet, go fuck up another class's hard work that they did to prepare for their performance. I'm sure the parents of both classes won't hate you forfuckingever. GOD!

Anyway, we have off for Christmas tomorrow and now that I've ranted via keyboard, I feel lots better. I'll bake my goodies and make a first class Christmas dinner and enjoy my day off. Then, just a few more days to endure before the school year ends. And then I have 2 months of paid vacation. Which I guess was worth signing a new contract for. Though my first official day of vacation happens to be FIL's birthday which means I am stuck going to their smelly house of dirt and boredom with no escape in sight. Oh yeah. Fa la la la la la la la la everyone. 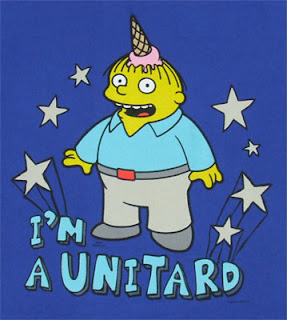