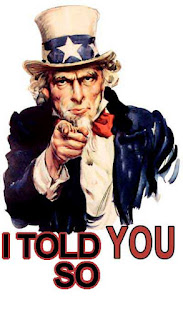 For any of you that may have been disheartened by my previous post, fear not! In case you're too lazy to go look and see what that was all about, I decided to go a little easy on MIL. What, did you think I'd never have a complaint about her again? Oh ye of little faith! OF COURSE I'll still complain about her endlessly. Because if I don't, I fear I'll erupt into an outburst of epic proportions and that won't be good for any of us. It's not that she's done any one thing that's outrageously horrible this time. It's just a series of things (some small, some large) that are starting to pile up like laundry. And before it goes from one load to 10, I better start airing it.

Let me begin with some things she's done lately that I LIKE. She bought us this very interesting and useful soup machine. You can put dry beans in there along with some water and in 20 minutes, POOF! You've got tasty bean soup. It can do other things too but Jeremy hasn't explained all the modes to me. She also whipped us up these potato and leek pancakes one day, which was very kind as they weren't too terrible, but we were heading out to meet a friend for dinner.

And now, on to more irksome things. Like each day when I'd come home from work, I'd find that one knife now mingling with the forks and spoons, which is almost as dangerous as when she put it pointy-end up. Almost. It blended in so well with the other stuff it was scary. I mentioned something to Jeremy and then just let it go. And then, there was the day I came home and discovered that, for Lord only knows what reason (I'll guess sheer stupidity), she unplugged our refrigerator. It was a good thing I'd gone in there to get something once she'd left because otherwise it would have gone unnoticed for hours. Upon opening it, I discovered the interior light wasn't on. And it felt a bit less cold than usual. Using my super sleuthing skills (not really), I checked the outlet and lo and behold, found that someone (coughcoughMILcough) had unplugged the refrigerator. But again, I shrugged it off.

Then, things got a little more than just annoying. For example, when I came home to find Raelynn playing with the top from a water bottle after Jeremy and I had specifically told his parents NOT to let Raelynn have anything that small. The whole bottle with the cap screwed on tightly? Go for it, but not just the cap. Still, despite it being a choking hazard, I kept my cool and told MIL to please not do it again and suppressed the urge I felt to choke her.

The annoyance level rose to the max on the day I came home to find that MIL had fed Raelynn a black bean soup. That part I certainly didn't mind. It was that I'd dressed her in an adorable shirt from Baby Gap that my boss had given us and now there were big spots of soup all down the front. I told her to use the bibs for crying out loud, and Jeremy echoed my complaint. Fortunately, I was able to get the stains out by washing it right away and my annoyance level dropped down a few notches.

And on to down right pissing me off mode, when MIL came over in the morning at the end of last week, she wouldn't hand over my daughter when I was leaving for work. Raelynn was crying for me and I wanted to give her a big hug and kiss for a proper goodbye. But the old troll was clutching her and wouldn't ease up her grasp. Thankfully, my husband stepped in and reminded her that Raelynn is my girl and I want, need and deserve to hold her before I leave for work. I know she wasn't doing it to deliberately piss me off, but I have to wonder what the hell goes through this woman's head sometimes.

I've been stewing in that anger over the weekend. I've really been trying to release it, but hey, that is just why I bitch about her in this blog. When I absolutely feel like I'm going to clobber her with a sack of flour and knock out her ugly, rotting fake teeth, I write about it. And as the weekend was coming to a close, I thought I felt my rage subsiding, which was a joyous and liberating feeling.

That is until I noticed something was amiss with Raelynn's toy kitchen. It came complete with a toy oven. The back panel behind the oven was a sturdy piece of cardboard that you had to slide into a groove to hold it in place. On this panel, there was a lovely picture of a big roasting chicken so when you looked in the front, it gave the appearance of cooking food. I thought it was a nice touch. It also served to keep in anything she threw in there, which we were vigilant about checking to ensure she didn't swipe some food and shove it in there, entombed until it let out odors afoul. She put mostly the items from the kitchen set in there, some of her toy trucks, and perhaps most amusing of all, a rubber duckie from bath time. Now this panel is missing. MIL (or quite possibly, FIL) removed it for more reasons unknown. It is nowhere to be found. It was hard to fit it into there so I know Raelynn couldn't have removed it herself. Where it is, I have no idea. Why it was removed is even more perplexing. What I do know is that I am absolutely livid about it. Yes, I know. It's just a toy. And it's just a piece of cardboard. But now everyfuckingthing falls out the back of the oven if she pushes it away from the wall. It just pisses me off that they would ruin something like that. And that if they've thrown it away or destroyed it, I will now have to make a new one myself. Which I will duct tape to the max to prevent the theft of this panel ever happening again.

And then the leftover duct tape I'll be using to fashion some sort of device to keep MIL (and FIL) from pissing me off again so that we can keep the peace in our home once more.
Posted by JQ at 4:59 AM