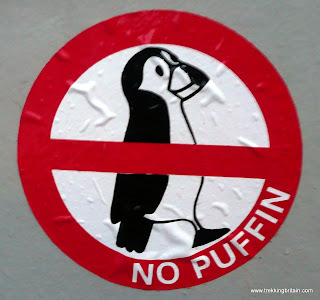 Recently, much to my relief, I read an article about how China is passing a law for May 1st that will ban smoking in certain public places! Fiiiiiiiinally! But there is bad news about this new law too. Seems that so many government officials are smokers. And they don’t want to be forced to smoke only in designated areas. Therefore, experts fear this smoking ban will be largely ignored. You can read about the whole thing here:
http://www.nytimes.com/2011/03/25/world/asia/25china.html

This might come as a huge shock to many of you since I was quite the smoker once myself. I quit many times, went back many times, quit again. Took up small cigars and then before becoming pregnant, smoked mini-cigars the size of cigarettes in Korea, mostly while drinking (or after teaching a particularly annoying class). As soon as I learned I was pregnant, I put out my smoke and tossed the rest of my pack. It was difficult but thankfully, the smell of anyone smoking made me gag to the point I’d about vomit.

During my entire pregnancy, the smell of smoke has made me feel completely ill. And in China, EVERYONE smokes and they all smoke EVERYWHERE which has been absolutely disgusting to endure. So imagine my initial joy when I read about this new law. It really would be fabulous if the good people of China would be forced to smoke in designated areas only, which isn’t so bad for them. I never found it any more difficult to smoke when they restricted where you could smoke in the US. We’ve known for many years how smoking can affect our health as well as those around us. Unfortunately, people here are only just learning of the dangers of smoking, but even still, it’s not stopping them from lighting up.

Chinese people smoke way too much. Seriously.  When my husband took me to Shanghai, we went to the Shanghai Zoo. I wanted to see pandas (and they were so worth the trip! They were the cutest things EVER!). While walking around, we were completely appalled by a man walking with a cigarette hanging out his mouth, puffing away as he held his infant son. Sweet Jesus! So hard up for a smoke you can’t put your fucking child down? Ew!

In our own building, I almost choked to death in the stairs last week when a man from the floor above us left just moments before we did. He started to descend the stairs while we were locking our door. And he was smoking! He couldn’t fucking wait to get outside to smoke? COME THE FUCK ON! Asshole! This guy also smokes in our stairwell all the time. In the mornings, I can usually smell smoke that has wafted INSIDE my home! I’ve asked my husband to make official-looking signs in Chinese so it looks like something the building put up declaring a “fine” for smoking in the stairs. Why can’t these fuckwads smoke in their own homes? Or wait the 2 minutes it takes to get to the bottom and outside?

The only place that does not allow smoking is on the bus, and oddly, people seem ok with that. Except one guy who tried to get onto a bus I was riding a couple weeks ago, cigarette in mouth. The bus driver yelled at the guy and he genuinely looked surprised as if to say, “What? I can’t smoke on the bus? Really?” He threw his cigarette behind him into the street and boarded the bus, smelling as if he were holding 10 lit smokes between his fingers. It was a total stinkfest.

I can only hope that after I give birth, I will still find the scent of smoking unbearable. I hope I can continue to be a non-smoker, for the sake of my child. I can’t imagine smoking again except perhaps the occasional drunken smoke once I do have a chance to go out drinking again but I’m not striving for it. I pray that it will smell like total ass and I will gag and cough and throw it away. I can’t say how I’ll feel for sure, but I do know this: I will never ever smoke in front of my child. Not in a million years. And anyone who smokes in front of my child here will surely incur my wrath, perfectly verbalized in the form of very rude Chinese sentiments.
Posted by JQ at 11:06 PM