You Know You're In China When...

It's Saturday, and what better way to spend the day together than to do a little shopping out in Taidong? Or shopping anywhere, really. But today, it was Taidong for us. We went to the discount women and children's store in search of new jeans and socks for Raelynn. And we wound up with those things plus more hair clips for Raelynn, and make-up and jeans for me.

We also went to a coffee shop run by one of Jeremy's old colleagues. Raelynn enjoyed some ice cream while we enjoyed our coffee. Unfortunately, they didn't serve food so we had to look for a place to eat after that.

One of my new favorite finds here is this meat sandwich. It's slow-cooked pork on a bun...a Chinese sandwich of sorts. It's a popular street food here, and when I fell for it, it made Jeremy happy because I'm always complaining about something here. It's true, but what he forgets is that I do like Chinese food - when it's not made by the hideous troll that haunts my kitchen way too frequently. As we walked in the general direction of the car, he spied a place that sold them so we popped by there and got some to go. Jeremy watched vigilantly as the sandwiches were prepared while Raelynn, Seoul and I waited. As we stood in the adjacent alcove, I noticed something odd.

Well, it would be odd anywhere else, but in China, it's not surprising. I've been here so long now that this shit never surprises me, but it still makes me laugh because it's so perfectly half-assed. 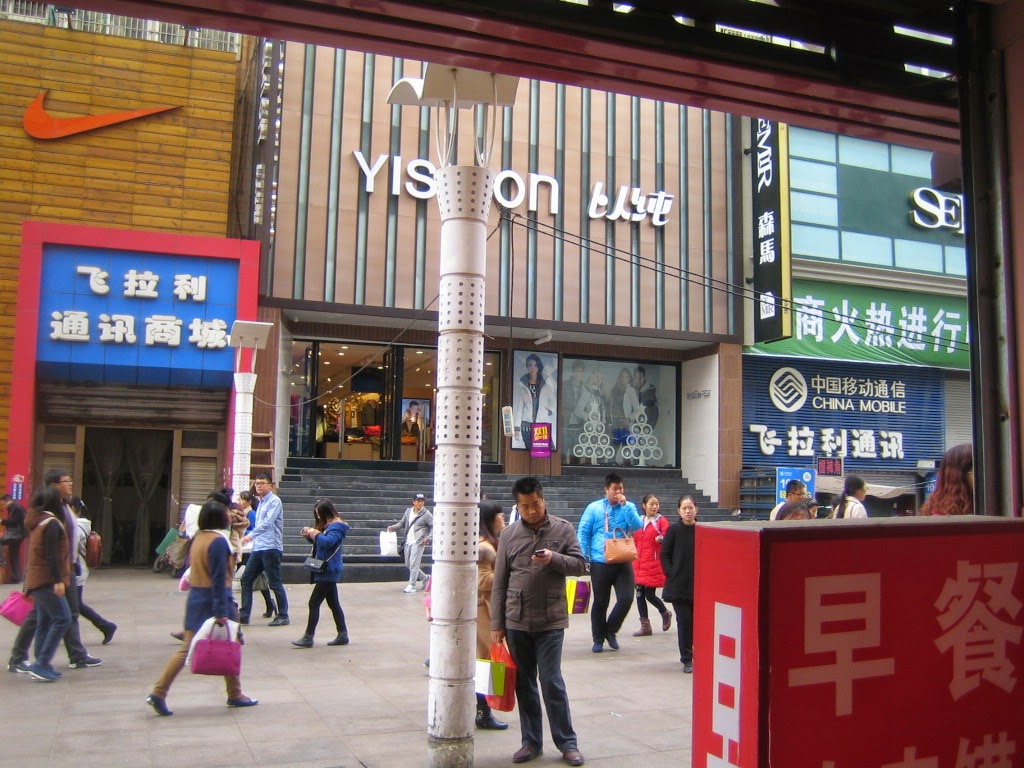 It's a little hard to see, but please look at the thing hanging just above that guy's head, right next to the pole. 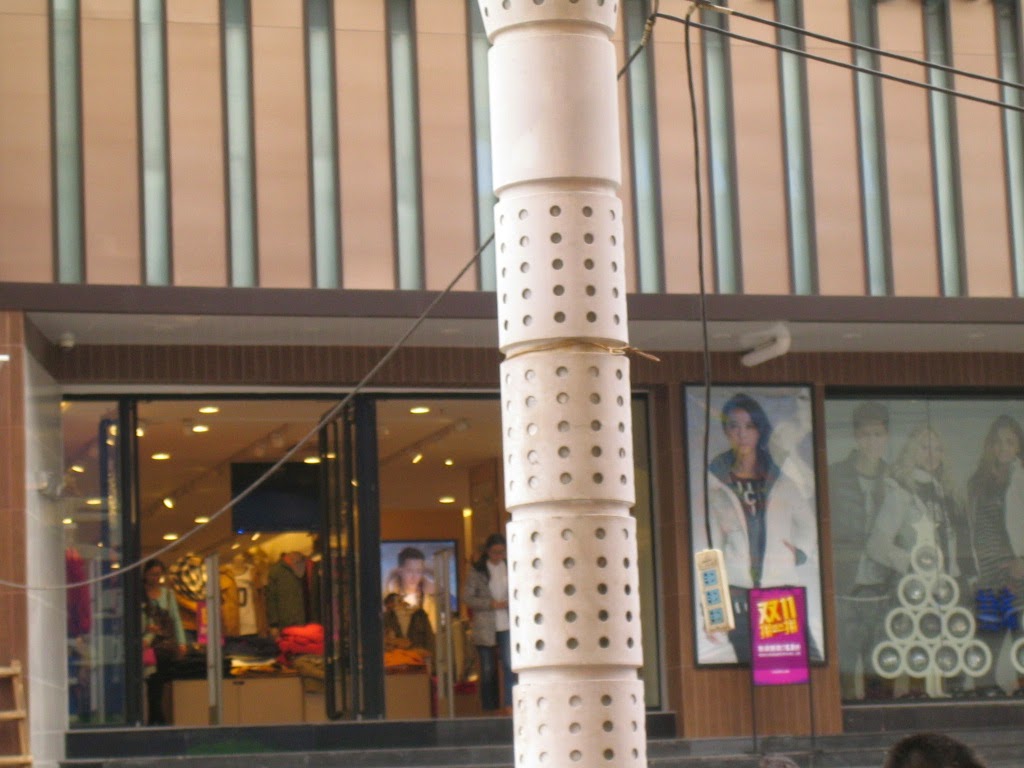 Do you see it now? Yes, it's a power strip. Just dangling there, in case they need to plug in another kiosk. Because that's safe. Of course. Only in China. And Korea too. I've seen some unsafe shit over there too.

And now, for my favorite sighting of the day, something that makes me happy to live on this side of the earth. When we move home, we'll never see this kind of stuff. It's just so delightfully wacky... 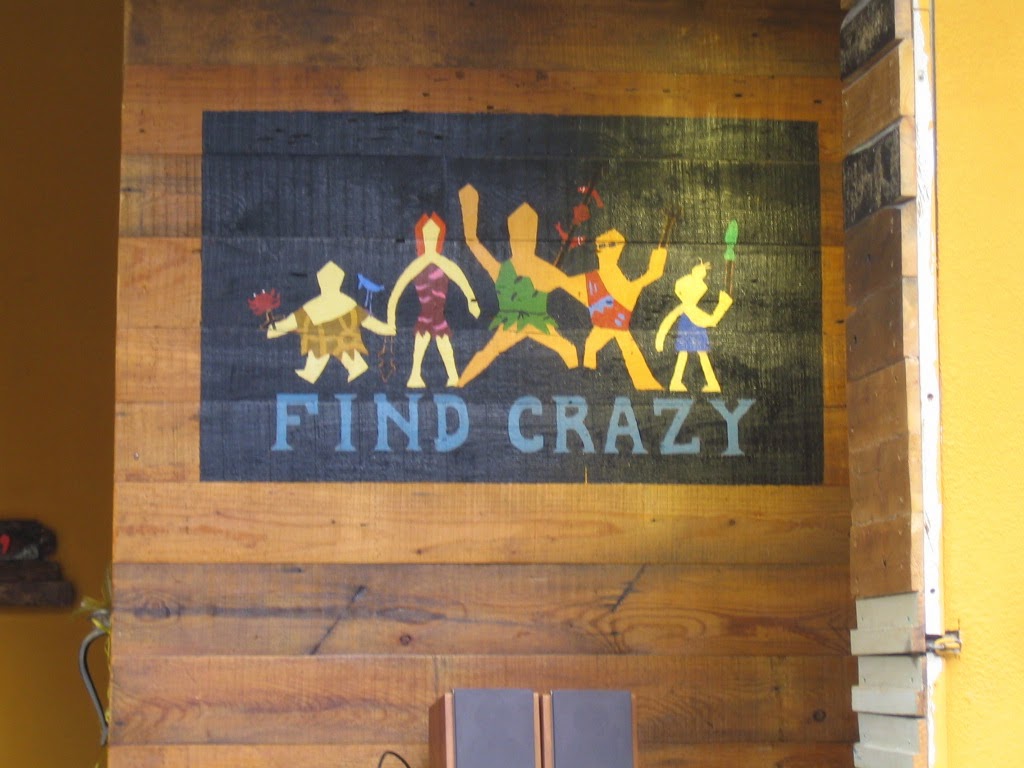 This is the name of a new restaurant out in Taidong. Find Crazy. Jeremy said according to the Chinese (not pictured) they were saying their food was so crazy. Ha! Maybe we'll try to eat there the next time and see just how crazy it is. For now, I'll just enjoy their awesome caveman sign.
Posted by JQ at 5:28 AM

Email ThisBlogThis!Share to TwitterShare to FacebookShare to Pinterest
Labels: Funny Shit, Only In China, Qingdao