I Am Not Alone

Have you ever read my blog and wondered if my Chinese in-laws are the only mess-making slobs or if other Chinese people behave similarly?

Well, wonder no more, because today's post revolves around a photo my friend/Western boss, Patrick, gave to me. See, we are both official members of the unofficial Chinese Spouse Club. Sometimes during our breaks, we wind up trading horror stories about our in-laws. I'm not sure who has worse in-laws...Patrick or me. I'll let you decide. One thing is crystal clear though as I scan our apartment for more dough in random places...I am not alone in my suffering of incompetent boob-brained Chinese in-laws reeking havoc on my personal habitat.

Let's take a look at this photo of Patrick's kitchen. He explained that he has given up on cleaning the kitchen because moments after he cleans it, it resembles Chernobyl once more, as shown below. 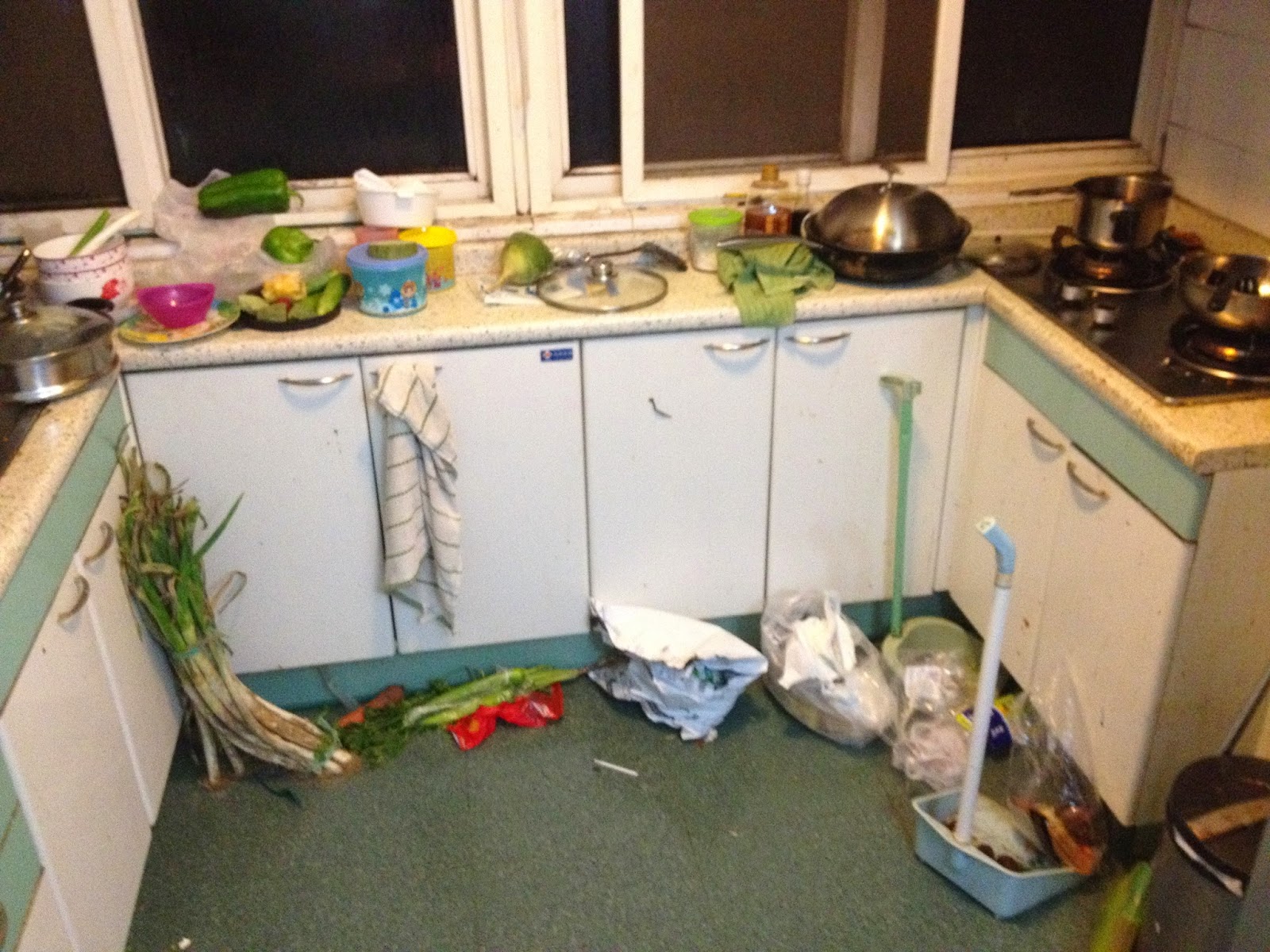 There is SO much to discuss about this! Where to start? The green onions and other assorted vegetables on the floor. And is that a cigarette I see?!? Random green pepper on the window sill. Oh look! They have a luo bo on the counter too! Garbage on the floor. Every dish in the cabinet out on the counter, probably with food in it and even more probably left out for days. Geez! Patrick, I feel your pain, bro.

Apparently, this is what his in-laws consider to be clean. Only in China! Also, Patrick's MIL has some foot condition and when he gets angry with her about something, his wife gets upset and worries that his telling her to clean up after herself will make her die. Just like MY husband worries about his mom breaking into pieces should I happen to ask her to not treat our home like a pigpen.

Even though Patrick has the aggravating task of hiring a replacement for me when we get approved for Jeremy's visa, I think he's secretly rooting for me to escape the hell that I must endure with my husband's parents. Meanwhile, Patrick is surely counting down the days until he and his family go to the US for winter vacation, aren't you? Thanks again for sharing your kitchen katastrophe with us!
Posted by JQ at 3:38 AM