MIL Meme Of The Day

I'm busy prepping for Thanksgiving tomorrow since I have to work all day. That leaves me with precious little time to whip up stuff when I get home. Jeremy will pick up a roast duck on his way home from work and I will throw together some sides. To save time, I've made our favorite chocolate lava cake in the rice cooker again. If you haven't made that, you need to, like, NOW. Seriously. You need it in your life. You'll thank me later. And I went ahead and hard-boiled the eggs that will become my deviled eggs. Mom sent me Stove Top stuffing and I'll make homemade mashed potatoes and creamed spinach. Easy peasy.

But as soon as I needed to wash something, I made a grisly discovery. And thus, a meme was born. 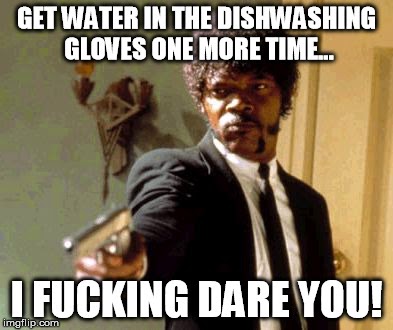 Seriously, can I just ask how hard is it to keep from getting the gloves filled with water? This is almost a daily occurrence with this nimrod. And it's not just a little bit of water...it's like water-balloon-fight full. Idiot.

She's also competing with Patrick's awful in-laws for the grossest MIL award because I found this... 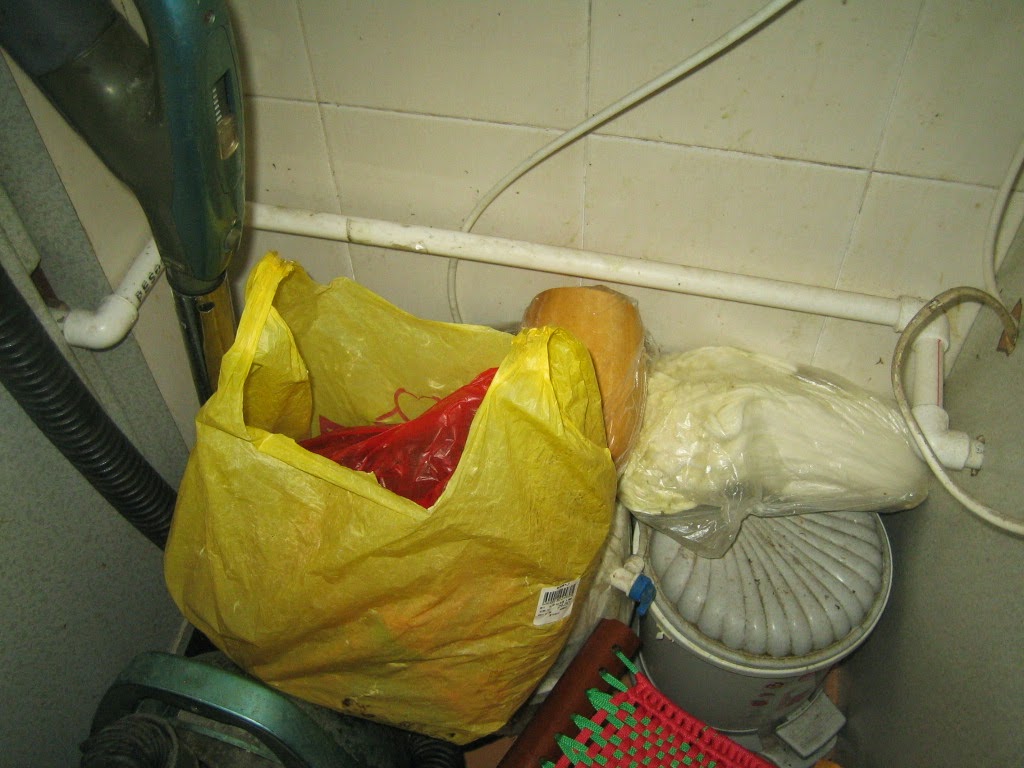 On top of the vacuum (that she NEVER uses) and a garbage bin, she has a giant head of cabbage, a peeled squash, a bag of spinach and under that bag of spinach, a bag of cucumbers that you can't see because of the big yellow bag of spinach. WHY IS IT SO FUCKING HARD TO PUT THIS SHIT IN THE REFRIGERATOR?!? 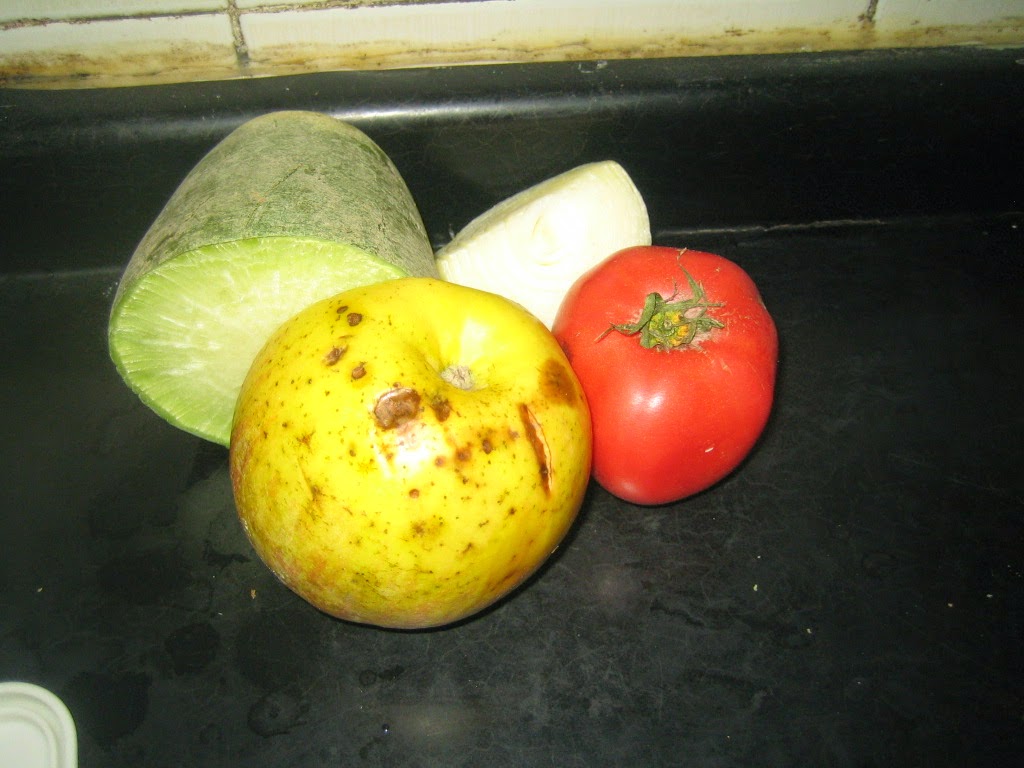 This shit too. A half of a luo bo, an apple (a pretty busted one at that), a tomato and a quarter of a white onion. An interesting assembly indeed. Did she leave it out so I could chuck it at her head? She's lucky she left while I was busy with the baby or I just might have.
Posted by JQ at 5:40 AM