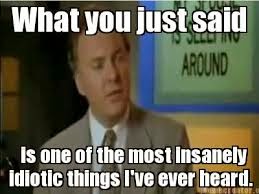 As you know, I'm not a huge fan of my in-laws. I've felt trapped in our home even though I am on vacation because one or both of them has been here much thanks to Raelynn having being sick. I am grateful for the assistance and have been trying to be polite but it can be so incredibly hard. Like when your MIL blames you for baking a cake for her son's birthday because she wholeheartedly believed my demon cake from America is what made Raelynn sick.

After a day of vomiting, Raelynn spent a day with a fever that wouldn't quit. It kept getting higher so my in-laws took her to the hospital to see what was wrong. I was hysterical, still never getting over that taking your kid to the hospital is as normal as taking your kid to the doctor's office back home. I feared she'd have to have another IV treatment. My poor precious girl.

I busied myself with all kinds of tasks in preparation for our upcoming Guangzhou trip like organizing our documents for the 50th time and trying to figure out what outfits I should pack. Soon, darkness fell and it was 5:30pm. I was so worried that I didn't feel like eating but because I'm breastfeeding Seoul, I knew I must eat something. With not much around to work with, I began chopping up leeks to saute with egg, a very quick Chinese dish that I actually like. I put Seoul in the Baby Bumbo at the entrance to the kitchen and she cooed away at me while I worked. Suddenly, I heard the sounds of an old troll in the stairs. I thought I must be imagining things. I didn't expect them to be back from the hospital already. But to my absolute delight, they were! Raelynn didn't need an IV treatment this time, thank the Lord! They gave her some medicine for a sore throat.

Jeremy had been just as worried but trapped at work. I called him to give him the good news. He'd be home shortly. When he finally did get home, he spoke to his mom. She told him that the doctor said this was NOT caused by cake. Well, duh. She said the doctor asked what we'd done 72 hours before she became sick. Guess where we were? We were at church and Raelynn must have picked up this lovely grossness from some kid in her play group. I sincerely hope whoever gave her this ailment had no idea their child was sick because sending your sick kid into a play group is pretty low. I'd like to think the best of people so I am hoping the parents were not aware. Or any of those kids could have been carriers of the illness without being sick themselves.

Raelynn is now feeling much better, in time for our trip, which makes us happy. And once the doctor told MIL that the cake was not the cause of Raelynn's illness, she shut the fuck up about my cake. No apology for blaming my American cooking and baking, mind you, but that's just the kind of cow she is. But FIL? That guy is a fucking insanely idiotic psycho. Yesterday, in addition to causing Raelynn to act out and then DEFENDING her bad behavior, he tells me her throat hurts because she ate my cake. Are you fucking serious? I unloaded about 50 fuck yous in his direction and called him a total moron. Even your wife has more sense than you, and that's pretty fucking bad when someone as dumb as MIL is considered a step up.

When I told Jeremy, he just shook his head. He wasn't surprised. Oh how we hang on and hope that our trip to Guangzhou will bring us a brighter future in the form of a visa for my husband. We need to get away from these people.
Posted by JQ at 12:56 AM