I'm so behind on my blog posts. Sorry guys! But here's one to tide you over, chock full of more insane construction photos from my street. 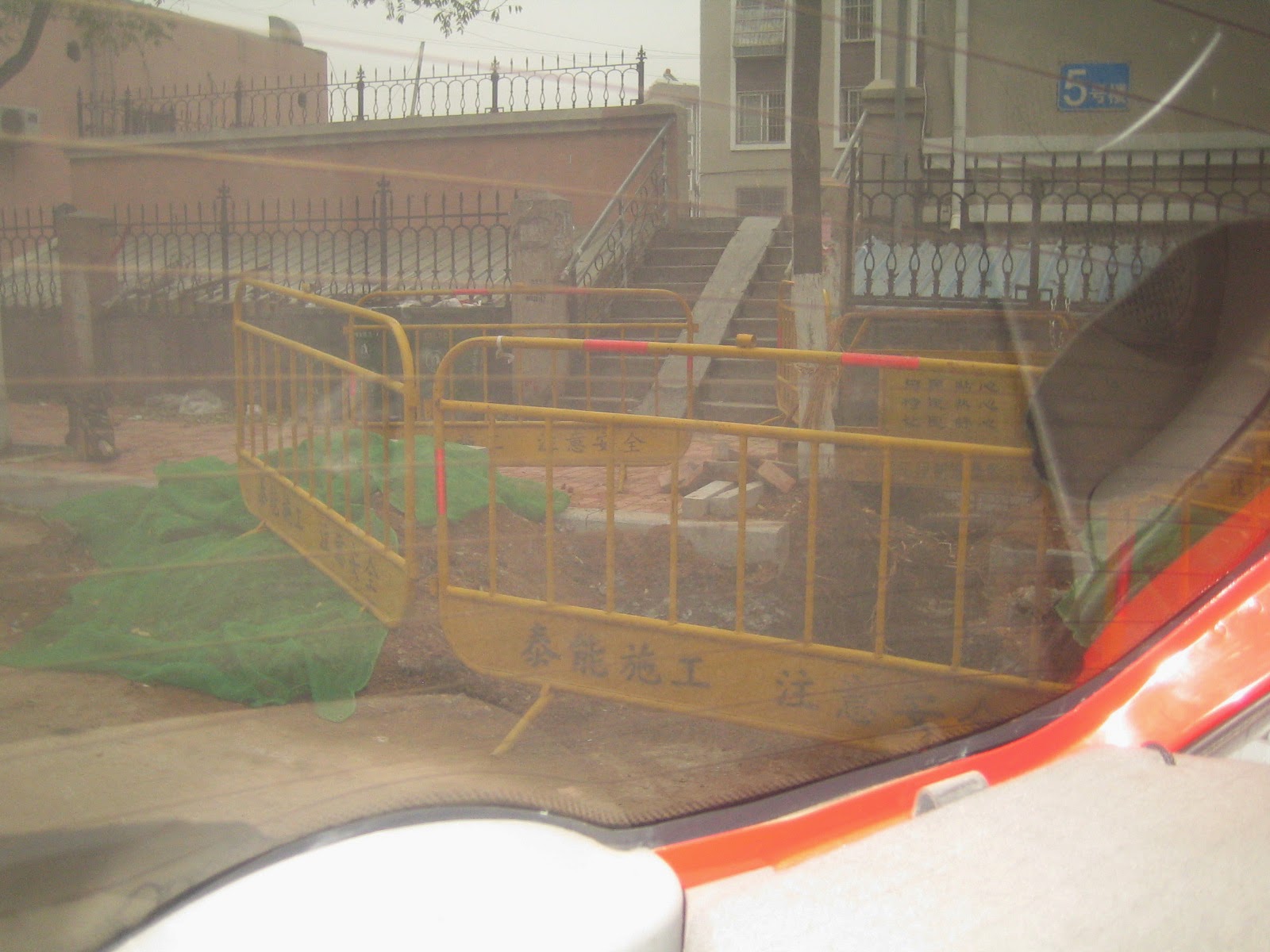 A giant hole. What's most surprising to me about this is they actually put something up around it so no one would fall in. Times, they are a'changin'. 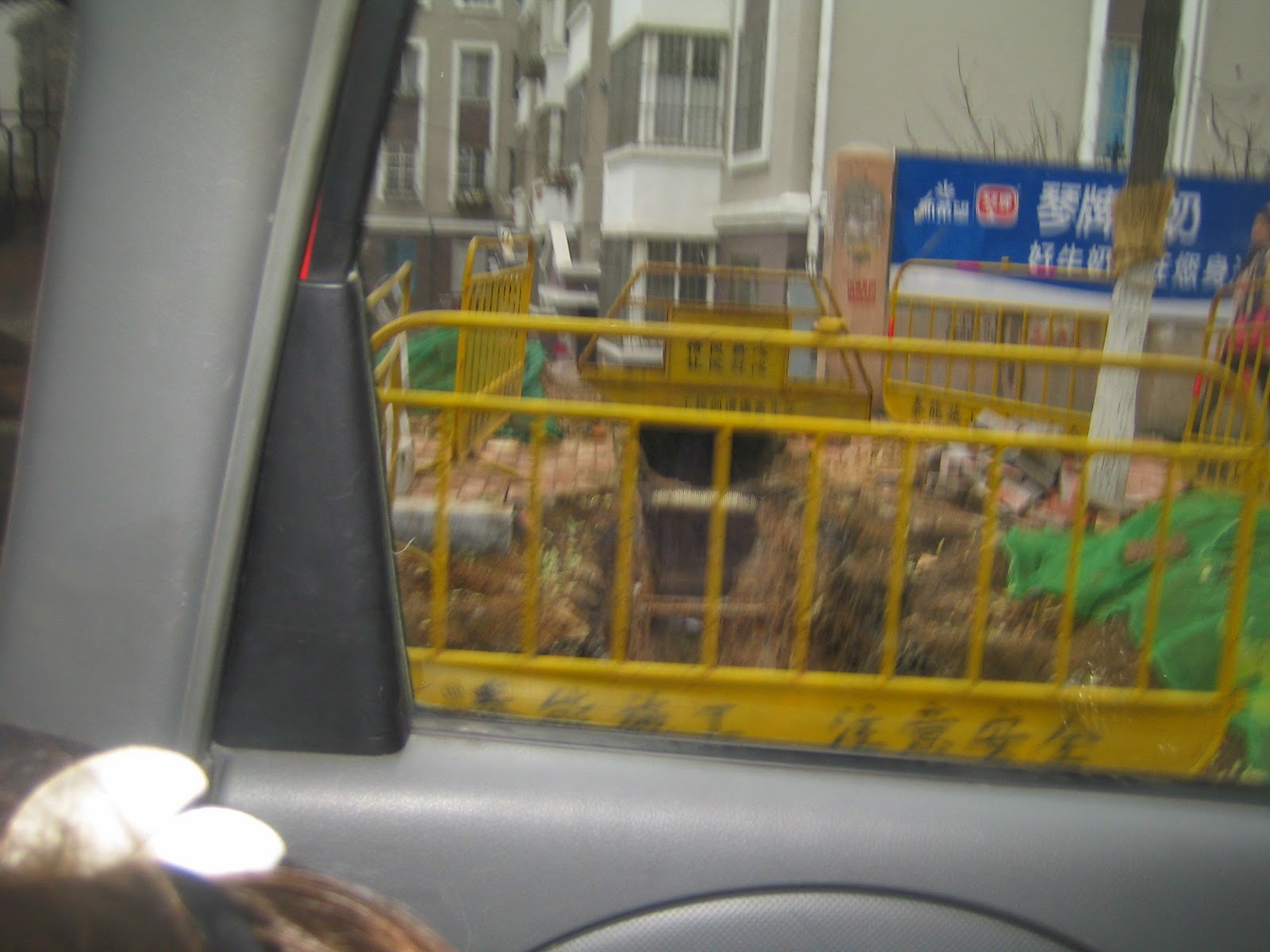 Sorry for the crappiness of these photos, but we were in the car when I took them. Here's another make-shift gate to prevent people from falling into the holes. Or pooping into them. Not sure which. 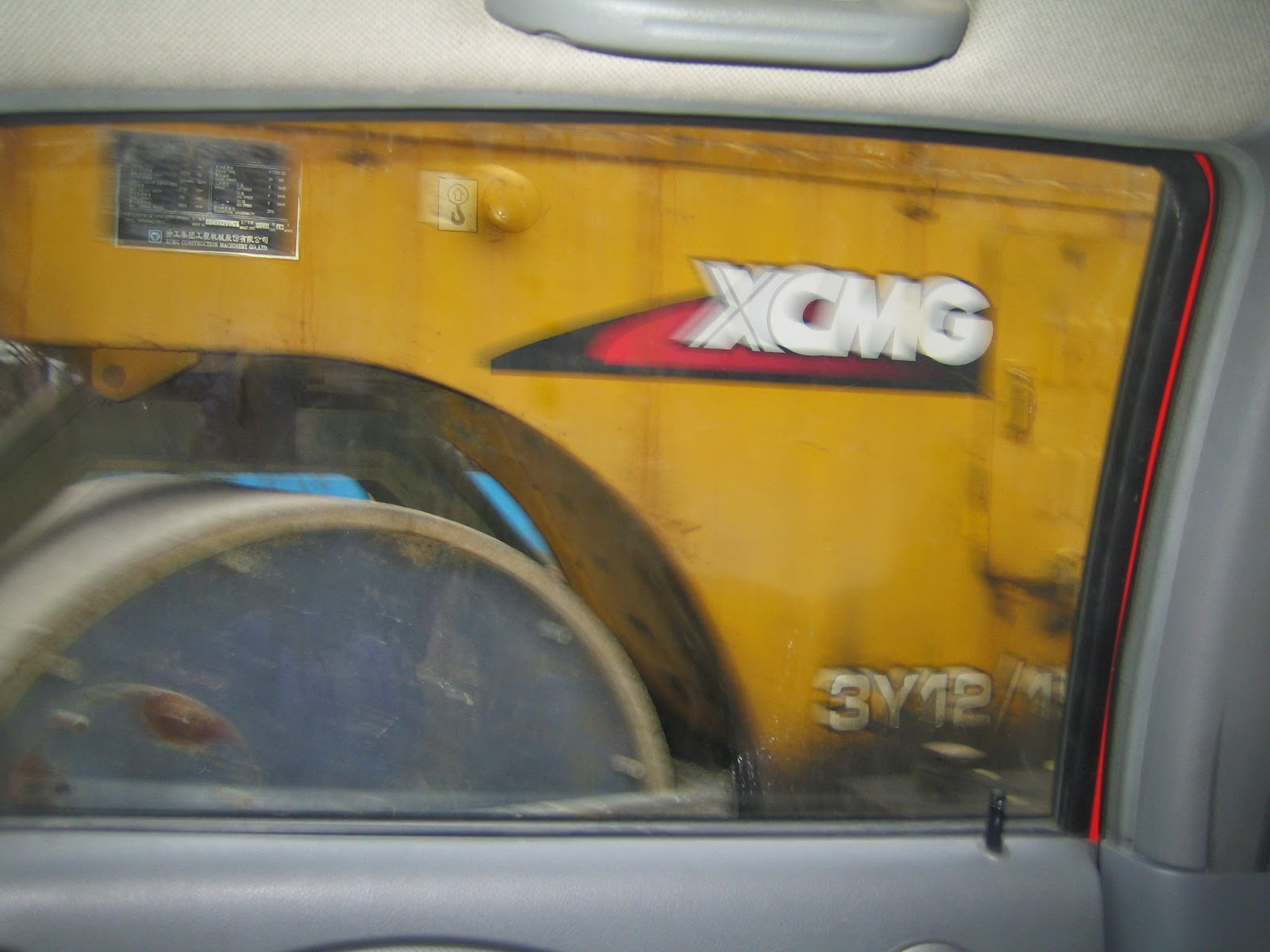 As we're driving down the street, a steamroller is passing us. 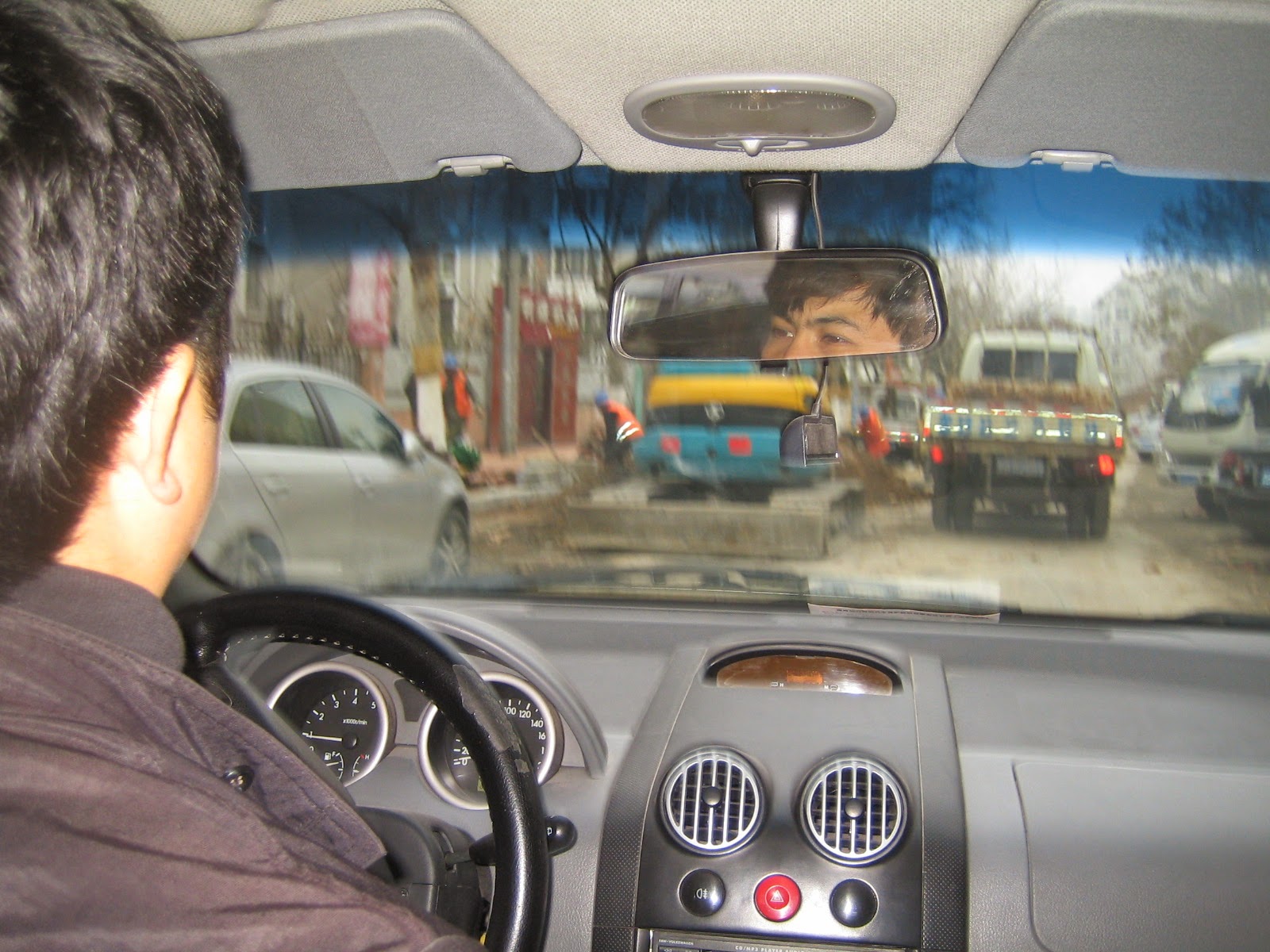 I will just caption this with my husband's favorite exclamation:
JEJUS!

It's what Koreans call Jesus. Because in Korean language, there is no "z." It's one of those Korean language things that has stuck with him ever since moving away from there. 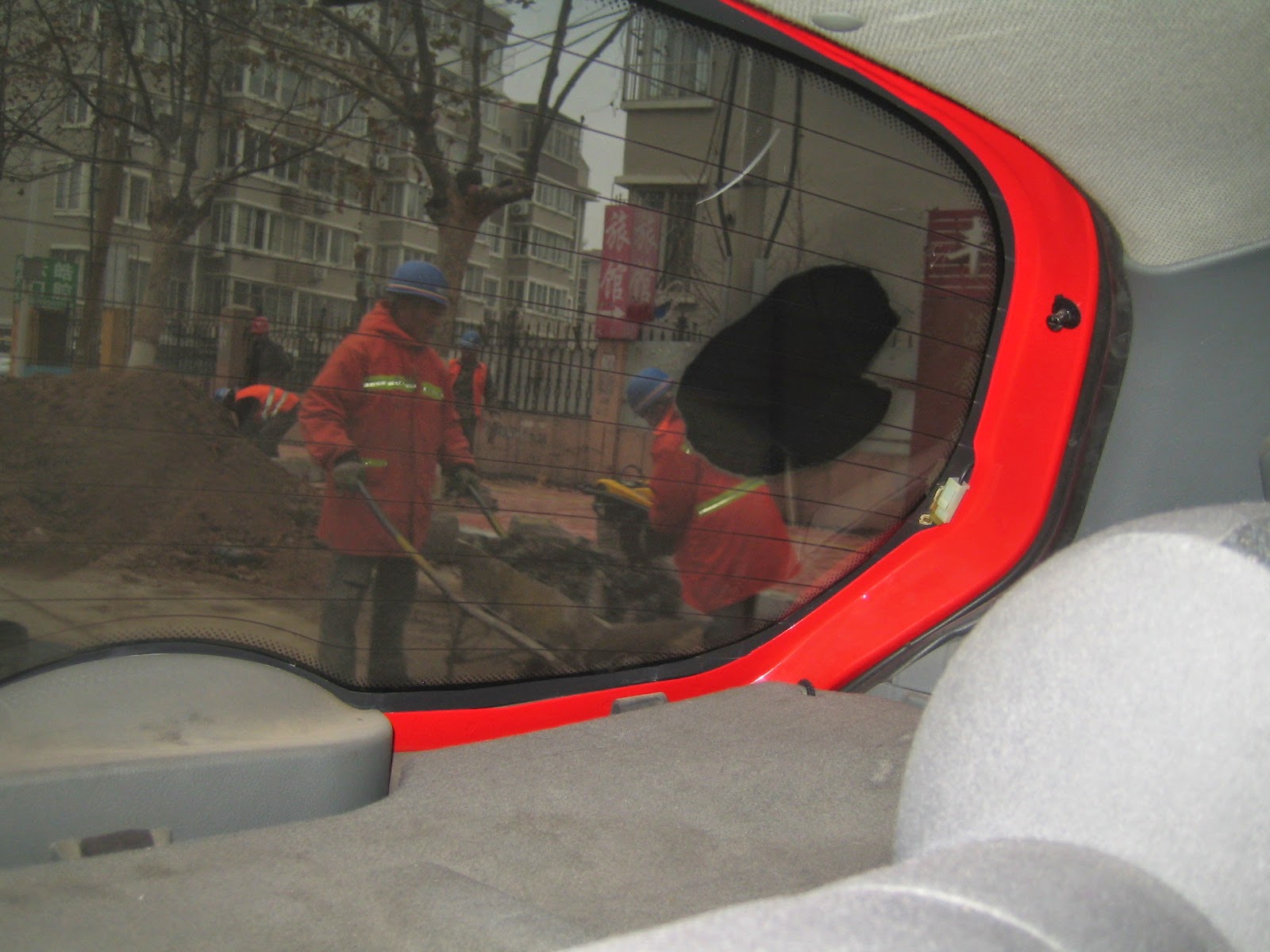 I wish this photo had come out better. They've already laid the new sidewalk but for some reason, are jackhammering this part. There's a guy with a wheelbarrow pushing the debris and he's gone and ruined my photo by pushing it in front of the guy with the jackhammer. 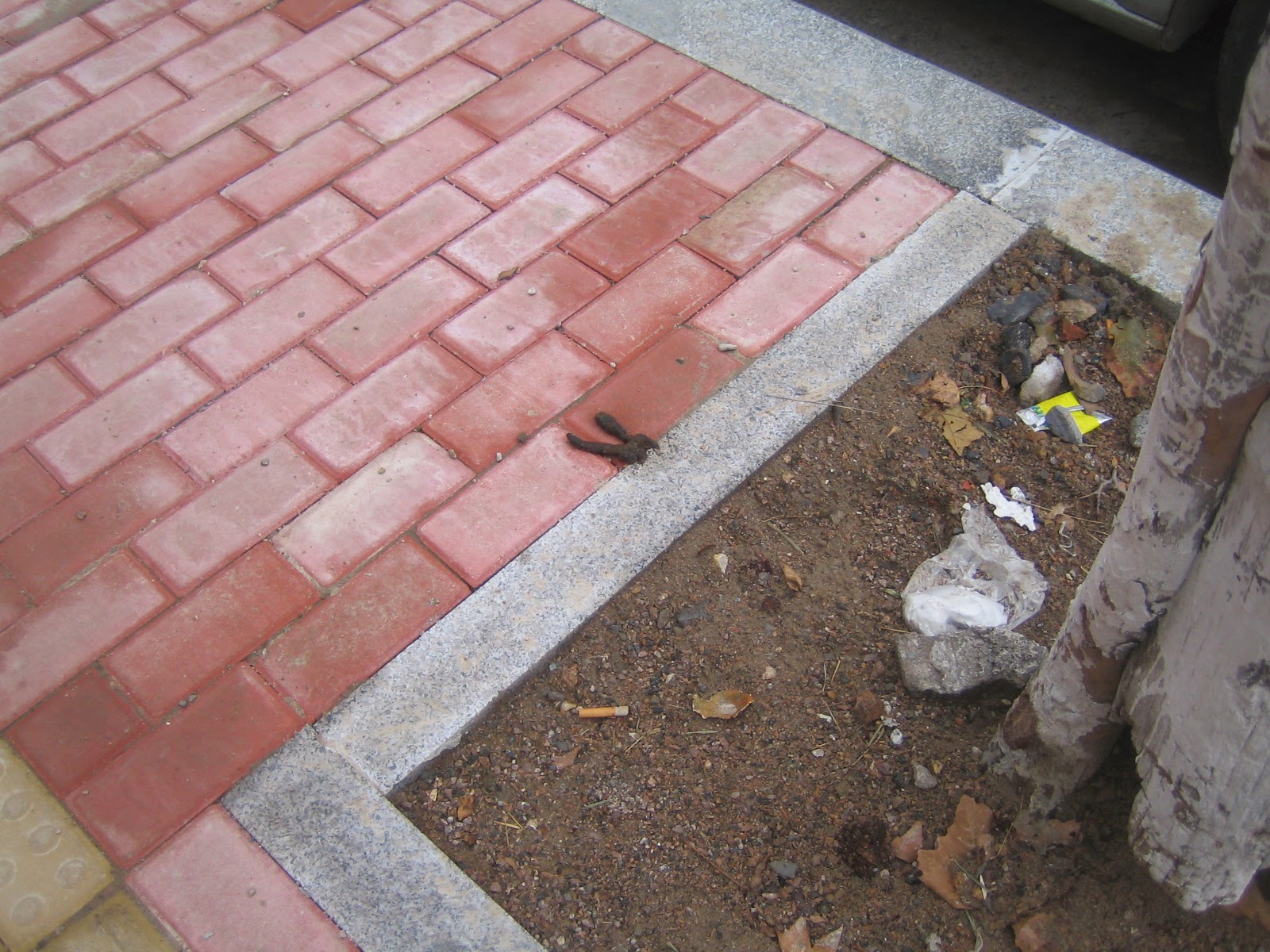 We park and of course I notice that someone (or something) has already ruined the new sidewalk with poo. It looks like it probably came from one of those yippy small dogs though. Still, that's just wrong. I think the sidewalk maybe stayed feces and urine free for about 1 hour, tops. That's my official ruling anyway. 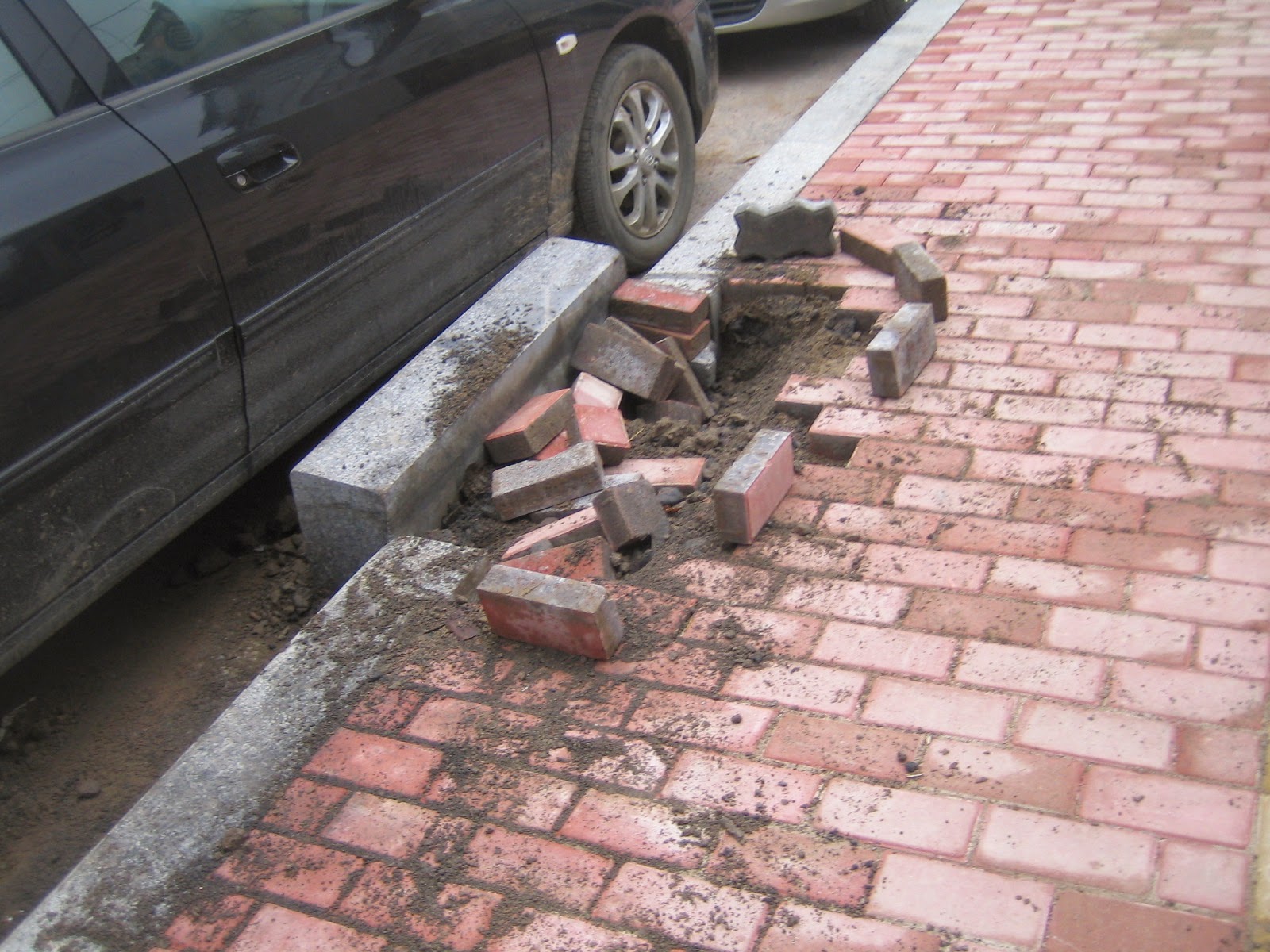 And for Lord knows what reason, they tore this part up after putting it down. If I were the owner of that car there, I'd be piiiiiiiiiiiiiissed.

For now, that concludes my construction craziness photo series. If there's more wackiness to document, you'll find it first here.
Posted by JQ at 1:57 AM