When you're pregnant, you have some pretty strange dreams. At least I do. Apparently, many others do too, largely due to hormonal fluctuations and waking up more during the REM cycle of sleep. Some nights, these dreams are really cool. Other nights, I've had horrid nightmares. But by far, the most interesting theme that keeps coming up for me are...

Yes. I keep dreaming about milkshakes. I know when you have cravings, it's your body's way of telling you that you need more of something. But I've been getting plenty of dairy. I've been eating lots of yogurt and most mornings, I make a banana milkshake, using milk, cinnamon and vanilla extract to make it taste deliciously evil yet still healthful.

And that banana milkshake is wonderful. Creamy. Sweet. Banana-y.

But my milkshake dreams have involved chocolate milkshakes. 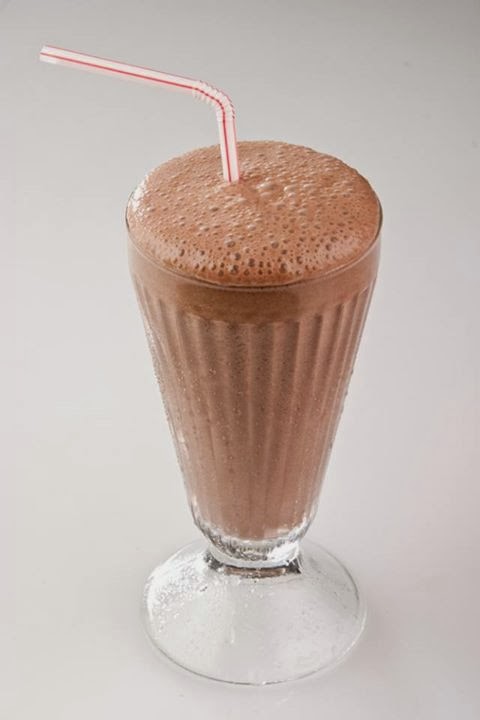 Get out of my dreams and into my belly!

The first one was about a month ago. I dreamed that I was at Denny's of all places. I was eating with friends, though can't say I recall who, and I ordered a chocolate milkshake. It came out before my food and I remember the waitress putting the tall glass in front of me, along with that metal milkshake container that had the bit that couldn't fit into the glass. I looked at it and it was just like any other chocolate milkshake. And then, I started to drink it through the straw. I could seriously TASTE this thing. It was amazing. So perfectly chocolatey. So creamy and frothy all at once. As I got to the bottom of my glass, feeling so satisfied and happy, I woke up.

That's when I realized I was in China and there are no Denny's here. I cried and cried.

My milkshake dreams are always like this. I order a chocolate milkshake and then it's in front of me and I am enjoying everything about it. It feels so real every single time.

A few nights ago, I had my most recent milkshake dream. This time, there were Oreos in it. It was chocolate with Oreos. I don't recall being at a Denny's this time though. All I remember is the milkshake.

So what do these milkshake dreams mean?
According to this website,  "To dream of drinking a milkshake foretells happiness and peaceful times with family. It may also suggest that you want to strengthen your bonds with friends and loved ones."

Meanwhile, this one claims quite the opposite: "If you see or drink a milkshake in your dream implys (sic) that you are not very happy with the direction of your life. At this given moment your life feels shook up a bit. Somebody who is very close to you my be overwhelming at times."

That one is the only negative interpretation I've found. Here's another, which I think I like the best though I don't feel like pasting the whole thing.

If I wanted a milkshake like I had in my dreams, I needed to go to the supermarket and get some ice cream. But it wouldn't taste the same because Chinese people do odd things to chocolate. Unless I buy an imported brand at a ridiculous sum, I will have to compromise on the taste. It just lacks something...sugar, perhaps? Something is off about Chinese chocolate flavors. Or...I could get vanilla and buy Hershey's chocolate syrup. I've seen that in the import aisle. Now there's an idea.

And perhaps that is exactly the meaning of all these milkshakes...maybe my brain is saying, "Hey prego, move your ass to the store and make me a real milkshake." Hells yes.