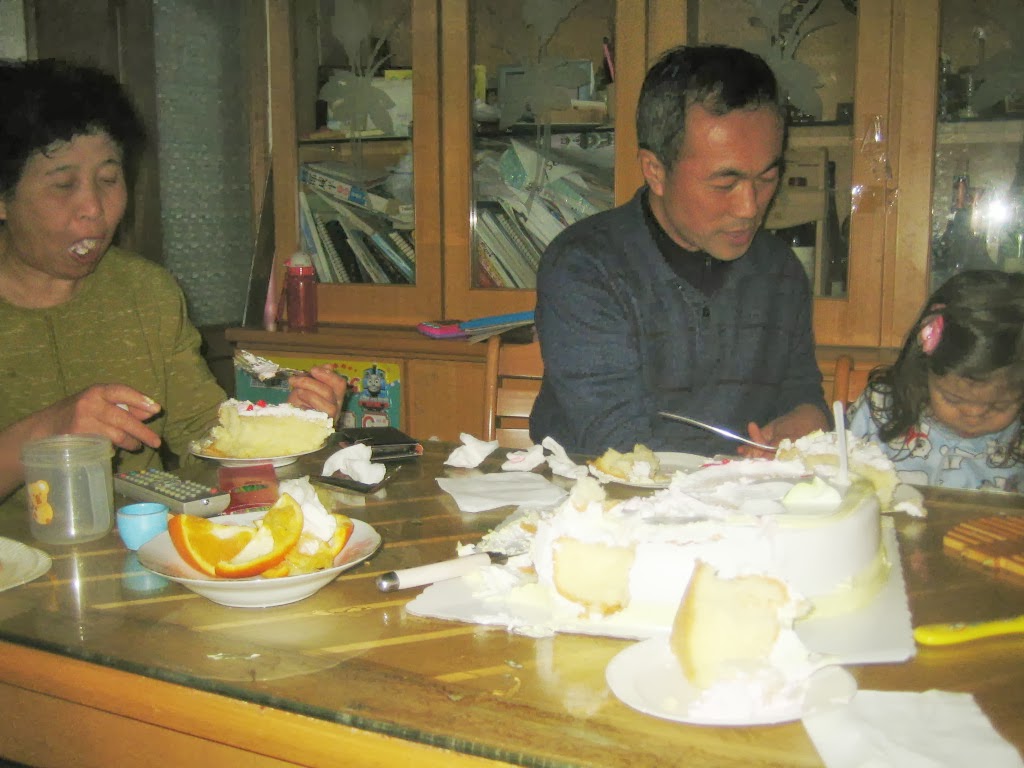 Where have my in-laws been?

And now it has officially been 2 weeks since seeing MIL.

My in-laws were supposed to come over for dinner earlier this week on Tuesday. Jeremy had told me they'd come around 4pm to spend some time with Raelynn. I wasn't bothered by this since they'd given us some space. In fact, I think when an interval of this much time has elapsed between visits, I don't feel cornered or intruded upon. I feel happier to see them when they aren't constantly in our faces and in our business.

But 4 o'clock came and went without any sign of either of them. I called my husband to make sure I'd heard him right. He did say it was for that night, right? Indeed, he did but unfortunately, MIL, who had been just fine the night before when he'd spoken to her on the phone, was quite ill. I felt bad for her. What, you think I'd gloat over something like that? I'm a bitch but not a heartless one.

MIL doesn't take good enough care of herself which is a shame. Several weeks ago, she was complaining about her teeth. She said it hurt to chew and she was only eating soft things, like dumplings and noodles. Things that don't require much chewing. With the help of Jeremy, I lectured her about how foolish it was to not take care of herself. She refused to go to the dentist. We even told her not to worry - that WE would pay for it - and she STILL refused. She is as stubborn as a mule which is exactly why they had to drag her to see a doctor at the hospital.

This morning, FIL came over by himself to watch Raelynn for a couple hours while I went to see about doing some freelance work for Qingdao's city magazine, Redstar. It's my hope that I can keep building my portfolio while out here so that when we move back to the states, I have some recent work to show. That, plus my prior experience plus the experience of living in 2 different countries should hopefully count for something. When I returned, I asked FIL how MIL was and he said she was very bad. Even though my husband did so the other evening, I grabbed a bag and filled it with apples for her. I wanted to do what my husband adorably calls "show your nice"so that she would know that I wished her well.

I guess with FIL coming over it kind of ended the streak, huh? Oh well. Anyway, here's hoping MIL does feel better soon.
Posted by JQ at 12:25 AM