Another Idiotic Idea From My MIL 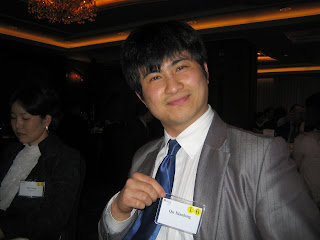 Mom does not always know best, as my husband well knows. While I try to tolerate my MIL and can laugh at the many strange things she does, there is one other thing that I refuse to let her do in my house. And that is to tell my husband what to do with our family.

As I’ve mentioned, my in-laws are not very smart people. They’re very kind and generous people, but not at all educated. This isn’t their fault. It’s something they didn’t choose. The government here forced them to give up their education after middle school to go into the working world. Luckily for both of them, they eventually wound up with good factory jobs. They saved every penny and used the money to send their only son, my husband, to college. My husband is the only person in his whole entire extended family to ever attend and graduate college. He graduated with a 4.0. After college, he still wanted more out of life and decided to leave China to study abroad in Korea. When I met him in Seoul, he was about to graduate from graduate school, where he also earned another 4.0 GPA. Yes, his parents might not be smart but he is incredibly bright and a relentlessly hard worker.

The friction on this subject started several months ago when my husband had gotten a job here in China but he didn’t like it so he left it in pursuit of something better. I’ve never once feared my husband couldn’t support the baby and me, though I did tell him to be careful with changing jobs so much. I didn’t want it to reflect poorly on him. Whenever he has changed jobs, I have never once doubted his capabilities and have proudly stood by my man. And I’ve been rewarded with a husband who has given me everything I could ask for and who puts my needs before his own.

My MIL seems to lack faith in her son.  She yelled at him and told him she didn’t know why she’d wasted her money sending him off to school. Then, in the same breath, she went on to suggest he should go drive a taxi or become a furniture mover. When Xiaolong translated this to me, I became quite livid. I then told him to tell her that no husband of mine would take such remedial jobs that he is overqualified to do. If she had a problem with this, SHE could go drive a taxi or move someone’s furniture.  That was the end of that, and then just days later, my husband had another new job. One that required him to use the skills she sent him to school to learn, which paid quite a lot more than what a taxi driver and furniture mover make…combined.

My husband wound up changing jobs a couple more times since then and has now found one that pays him well, plus is quite flexible, although we feel his boss might be a bit shady and is possibly cheating on his lovely wife with his secretary. A secretary who sends email instructions to other employees in languages that they don’t speak, knowing that these employees don’t understand it (but this is a story for another time).  Xiaolong also gets to work from home rather often which is nice in that we can have lunch together and that he can keep an eye on me when we are so close to going into labor. Yesterday, my MIL showed up and when my husband returned from repairing our printer, she nagged him about going to work for a factory. A factory. Taking a factory job here is something people do when they have no education whatsoever. Like his parents. It seemed a rather absurd and stupid thing of her to even suggest when he’s got a job that pays well over factory salary, not to mention one that allows him to work remotely. This would be like my father spending all that money sending my brother Phillip and I off to college, and then while we’re working decent jobs in our fields of study, telling us we should really go take that job at McDonald’s.

Xiaolong knows better of course, and he’s learned a lot from his American wife. He smiled politely at his mother and told her plain and simple, no. She’s ultimately worried about her return on her investment in him. But sending him to take a factory job would just fuck us all up in the end. By working a job like he has now, he’ll develop the skills he needs to work internationally. And he’ll make way more money in the long run. Money that we can use to make sure his parents are well taken care of long after we move away. But I’ll keep her idea in mind when it’s time for her to go to an old folks’ home. One more suggestion like this and you can be sure I’ll send her to the glue factory instead.
Posted by JQ at 8:46 PM