WTF Is In My Kitchen? 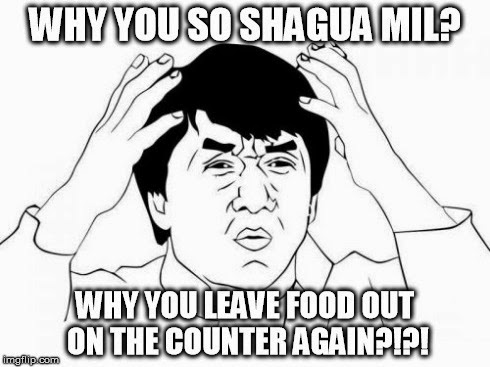 In case you're wondering, "shagua" means "stupid" in Chinese.

Just once, I would love to come home from work and find my house up to par with my level of clean. It's a pipe dream, I know, but I still secretly hope each day as I unlock the door that when I walk in, I will find Mary Poppins instead of Trollzilla holding my baby and greeting me with a sparkling house that doesn't reek of the lingering greasy smells of fish she fried for lunch, and left out alllllllllllll day on the counter.

After working all day, all I want is to spend time with Seoul, and once she's sleeping, hang out with Raelynn. I also wouldn't mind something that wasn't nasty for dinner. Instead, I get things like barf in a bowl and a psychotic mess of random napkins on the floor, sofa, table, chair, under the table, under the sofa, on the kitchen counters - basically everywhere except for the garbage can - that I am now either forced to clean up or leave in place which only enrages me more and also encourages my in-laws, as if to say, "Hey, I like garbage on the floor. Please throw some more down there. Also, add more vegetables and dishes to the countertops because I can still see some of the counter peeking through. I'll just prepare dinner on the floor on top of your garbage pile."

Jeremy had a work meeting this evening so once MIL finally buzzed off, I was left with the aftermath of her whirlwind half-assed cleaning spree. Which, as you probably know from previous posts, means I had to clean up after her. While Raelynn played with some of her toys and Seoul slept, I began tidying up the kitchen to MY standards of clean, not hers. And I found some interesting things because my mother-in-law is Chinese and apparently, that means I should just tolerate her bizarre-borderline-insane habits of leaving out things like this... 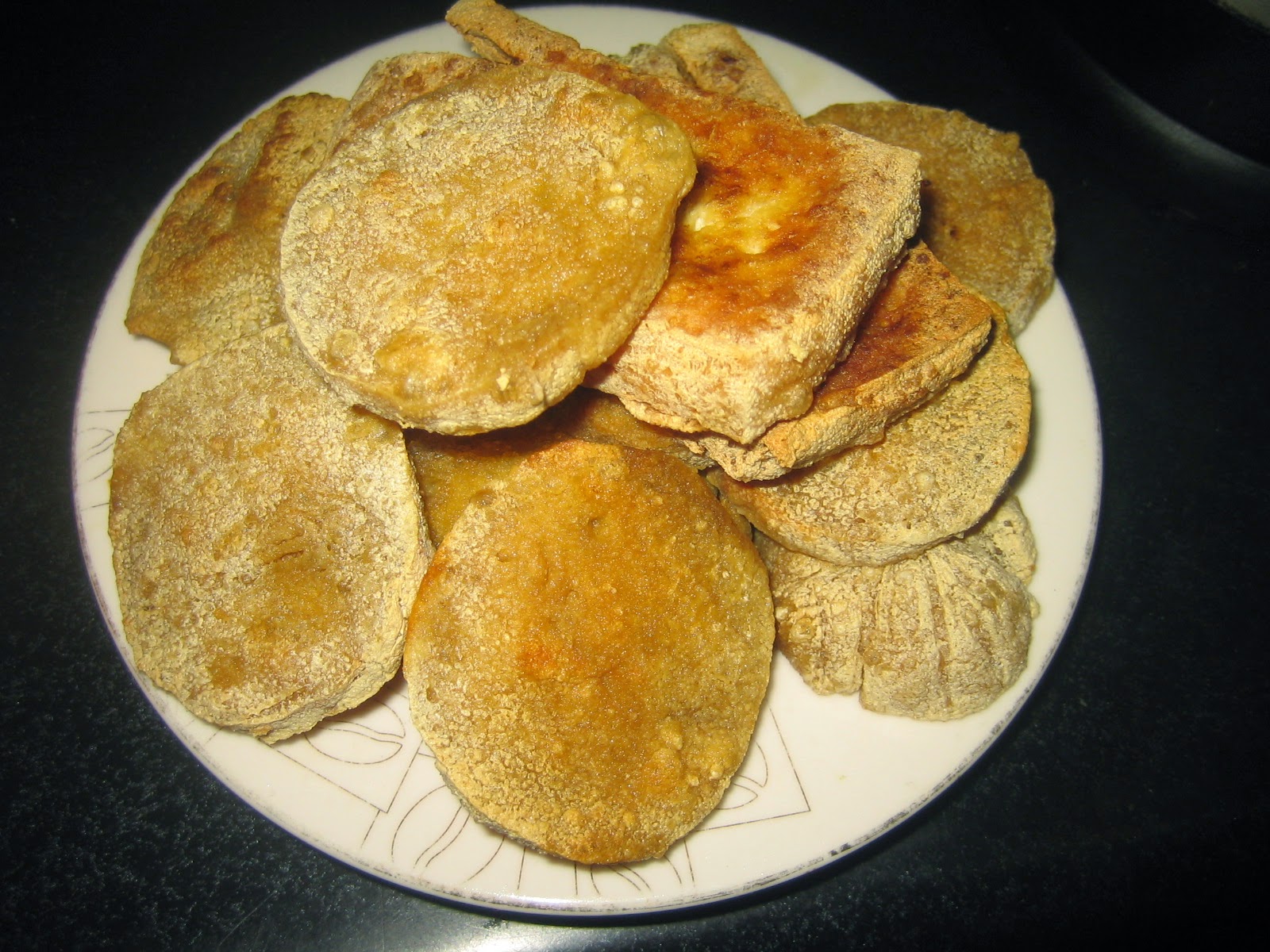 This is a plate of fried tofu. It has been sitting out since yesterday. I left it to see what would happen and I was not at all surprised to find it still there today. I know, I know. I expected a miracle I guess since I thought someone would dispose of it. Why leave a whole plate of food out like that? Why make it if you're not going to eat it? It's this cultural confusion I can't get behind in this country. I've lived here 4 years and I still have yet to figure this shit out. It's as mystifying as those bloody Chinese characters themselves.

I told Jeremy I was going to throw it out and he implored me not to. See, because if I do, then MIL will be all like, "Hey, where's my mummified tofu?" And he'll tell her I threw it away and she'll get angry. But if he TELLS her, "Hey, your tofu has fossilized after sitting out for so long. You should throw it away because if you eat it, you'll get sick," it's less upsetting to her. I asked him why she doesn't eat it and he said, "Are you crazy?!? She could die!" And that my friends, is when I facepalmed. Seriously. This. Culture. Makes. Me. Nuts. 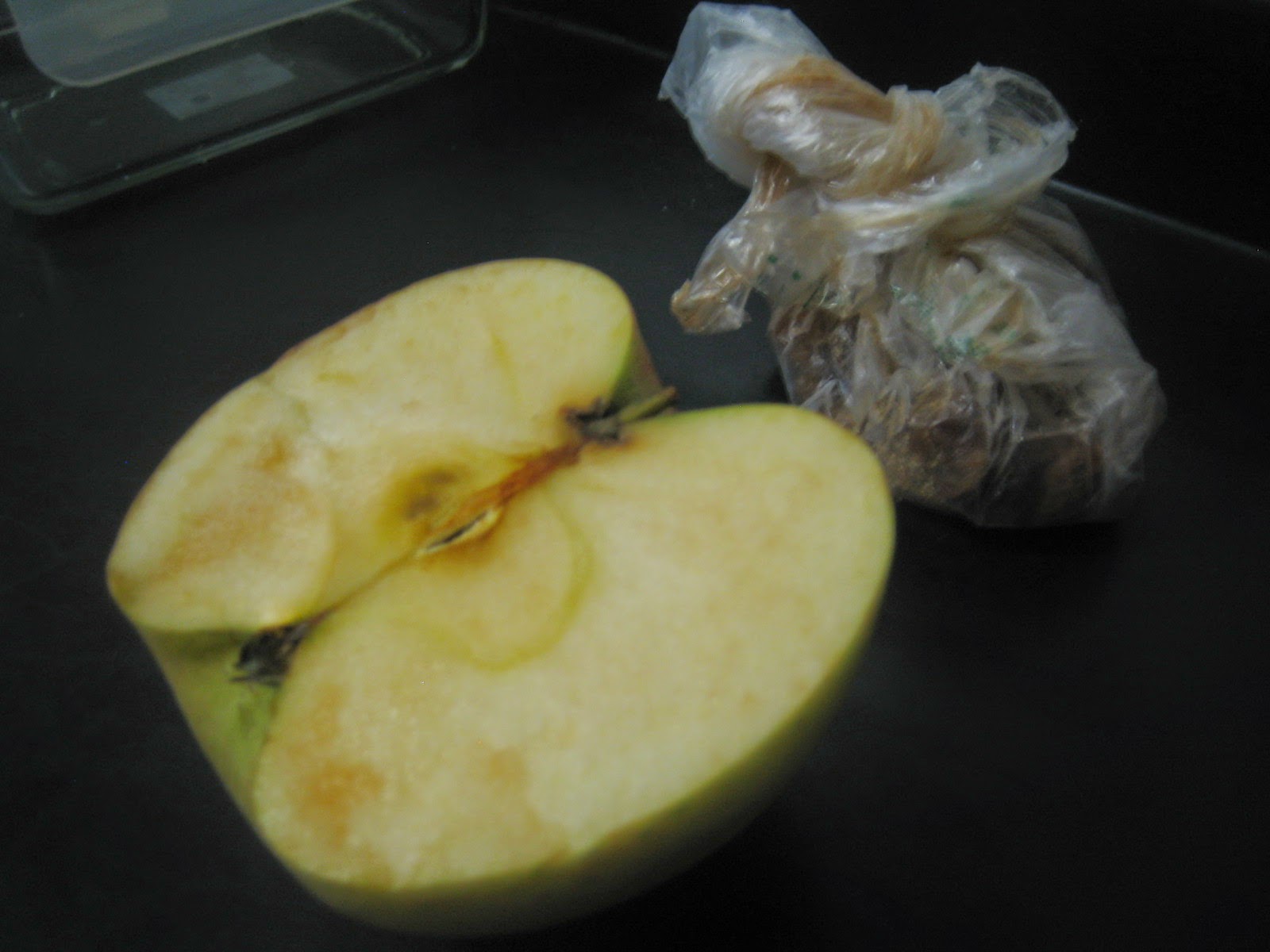 Half an apple. WHY would you do that?!? Why wouldn't you just eat the whole thing?!? She cut half up for Raelynn because every day she HAS TO do this. Because she's an old zombie who can't do anything different a day in her life. The world will go to pieces if Raelynn doesn't have an apple! And that bag? That is a dirty bag full of raisins. Urgh. I want to cry. 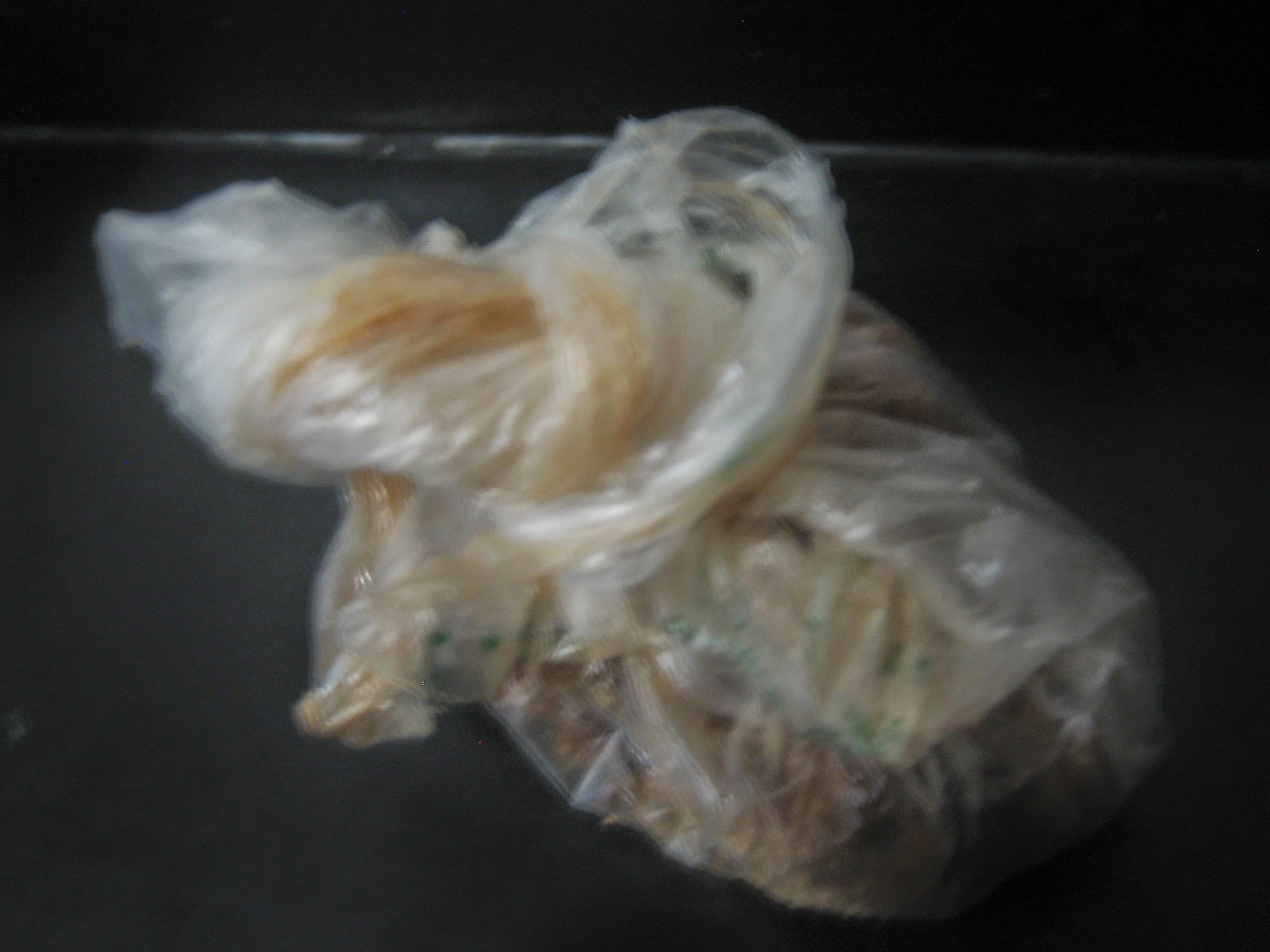 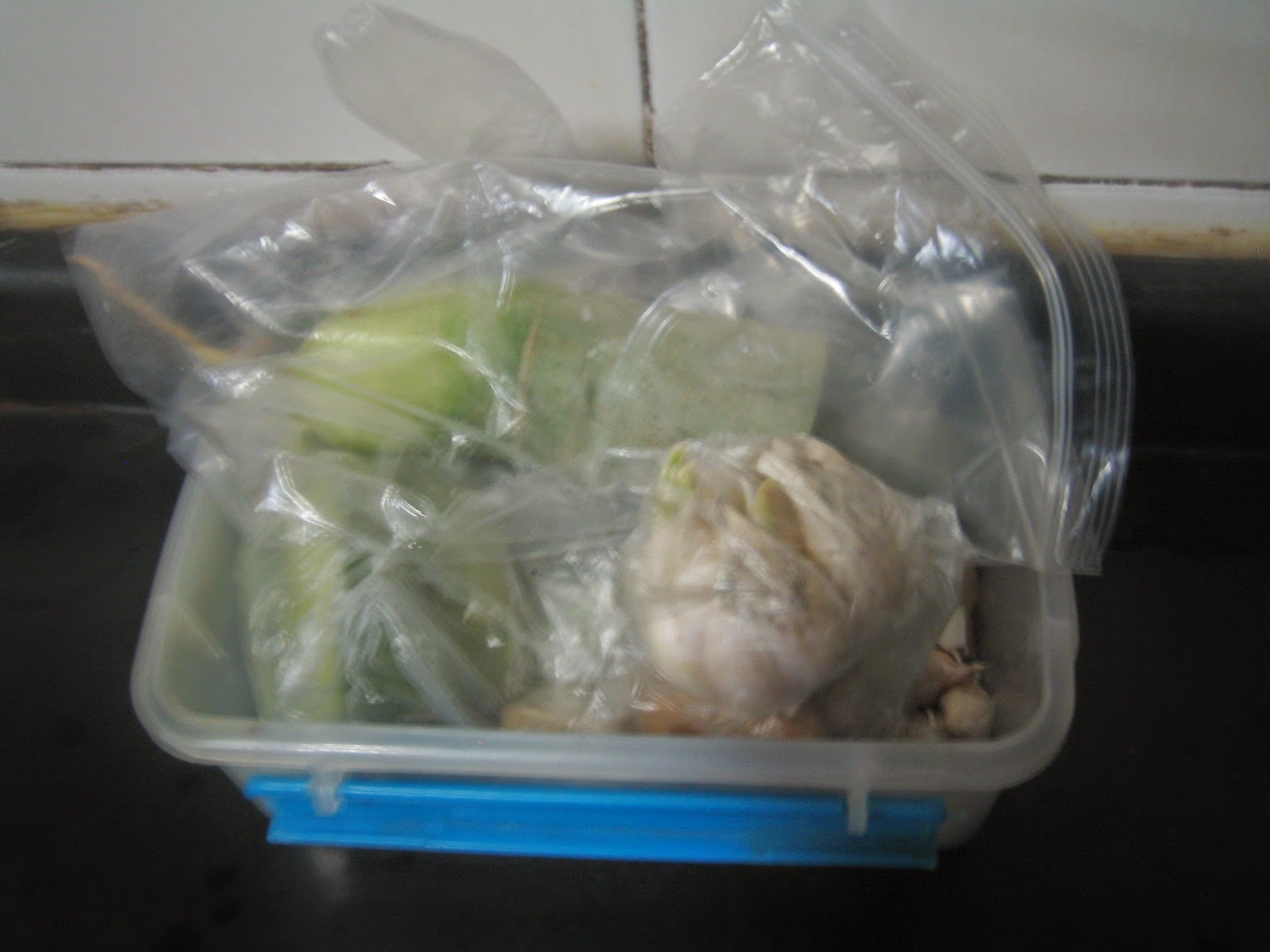 Finally, we have a tupperware filled with an assortment of plastic bags, garlic and luo bo. FUCKING LUO BO! You know, I went through this tupperware and I found 4 - yes, FOUR - completely different cut up luo bo. That means she cut up one, ate some of it, then cut up another...oh! And she left some out on the counter too in another bag and I threw that in the refrigerator. WHY CAN'T YOU JUST EAT ONE WHOLE LUO BO AND THEN CUT UP ANOTHER ONE??? WHY DO YOU KEEP LEAVING RANDOM PIECES OF LUO BO AROUND MY KITCHEN AND HOME??? WHYYYYYYYYYYYYYYYYYYYYYYYY?????????????????????????????