Happy Mid-Autumn Festival! Or you can just call it Asian Thanksgiving, because that's more or less what it is. They all call it something different but everyone can agree that it's a holiday of giving thanks and enjoying foods of the harvest.

And mooncakes. Lots and lots of mooncakes. Seriously. Some people just refer to this as Mooncake Day. Mooncakes aren't too bad. The name sounds intriguing, right? In Korea, they eat rice cakes called songpyeon, which are usually shaped like little half moons. They're pretty tasty. 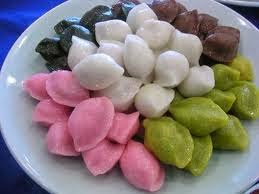 In China, the mooncakes are filled with things like red bean paste and lotus seed paste. It's not as bad as it sounds, honest! Incidentally, if you want to know more about mooncakes, this gives a nice rundown of them. 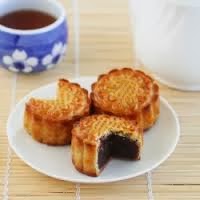 But you're not reading this for a history lesson on mooncakes, are you? Of course not! Because it's not a history lesson. It's a lesson in Mid-Autumn Engrish. Or rather, how to make the perfect run-on sentence, describing mooncakes. Take a look: 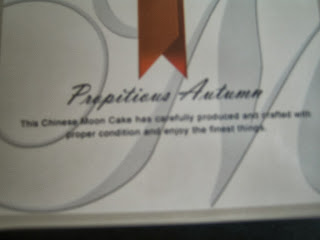 At least they used "propitious" correctly, which was astonishing. I know people who only speak English who would fuck that up. Way to go mooncake people! But then they follow it up with this crazy run-on sentence that just wants to tell you a bit of everything. It's a bit blurry, I admit (sorry, but you try to get a good photo when you're laughing your ass off holding an Engrish product in one hand and a camera in the other) but here's what it says:
The Chinese Moon Cake has carefully produced and crafted with proper condition and enjoy the finest things.

Um, the mooncake produced and crafted itself? Proper condition? What if conditions are not proper? Can I not eat this thing then? Oh and enjoy the finest things, ok? I just don't even know what to do with this. Except bust it open and eat the mooncake. Yes, that's a much better idea.
Posted by JQ at 7:16 AM