I Hate You, August! 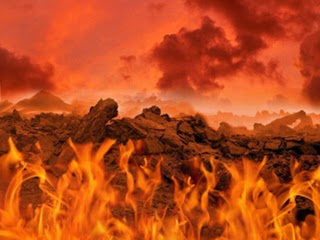 This is what it feels like outside in August. Stupidest month of the year. Go away! Come on September!


I just want to say that if your name is August, I do not hate you. Any person named August is fine by me. We had some really nice neighbors growing up and the dad was named August. Thanks to Facebook, my brother and I reconnected with these old neighbors and were saddened to learn that August had passed away a few years ago. Actually, I've never met another person named August. But one can assume that with a name like that, you were born in August. And it is August THE MONTH that I hate. I truly loathe it all the more living here too.

Historically, August was the month you'd head back to school after summer vacation. So screw you, August! And on the other end of it as a teacher, I'm equally as bummed about heading back to school again. August sucks!

Growing up in Florida (or Flori-DUH as my friend Aaron and I like to call it), you'd get lots of tropical storms and hurricanes in August. There was the unforgettable Hurricane Andrew of course which leveled Homestead. Yeah. August sucks!

Last August at this time, my parents were here meeting my husband for the first time as well as their only grandchild. Perhaps because of their visit, this month didn't piss me off nearly as much. We rented a car and hired a driver (as this was before Jeremy began driving) because August here in Qingdao is the peak point in tourist season. As if this place wasn't crowded enough. Stand there and flail your arms all you want. You can't get a taxi. Because there are no taxis. All the hicks from China have come to see the beaches. Plus tourists from other Asian countries. And don't forget the beer festival! EVERYONE is in Qingdao right now. The buses suck even more than usual in addition to not being air conditioned because the tourists who can't get a taxi will just hop on there. And just try to go to lunch somewhere downtown! If you're here now, STAY AWAY FROM JUSCO!

Having our own car didn't help much today. Jeremy did an excellent job navigating through the miles of bumper-to-bumper traffic though. When he suggested we go to the Korean restaurant at the Jusco, I protested, saying it would be a zoo. How about the one by Qingdao University? Oh but no. It fell on deaf ears and suddenly, we were with every other person in Qingdao waiting to get a fucking table in a mall so crowded, it reminded me of the malls back home during the most wonderful time of the year, filled with not-so-merry last-minute Christmas shoppers. Despite the A/C being on in this restaurant, it was still nauseatingly hot as we waited to be seated. Raelynn slept in her stroller and as I watched her sleeping peacefully, I knew she'd wake up in just enough time to be a screamy, fussy mess that would force us to gulp down our food so we could leave faster.

Suddenly, I heard a familiar voice. "Teacher!" I look up. There's a cute little boy and I realize it's my little nose-picker, Peter. He's gotten taller in just one month since I've seen him. Amazing! So his family comes over to see the baby. I have never seen this boy more quiet before. EVER. He's really cute when he's quiet. Then again, aren't they all? Soon after we see Peter's family, we're seated at a table. Where, just as I predicted, Raelynn shrieked and carried on, causing us to take home part of our meal.

And that is the other reason I hate August, perhaps the biggest reason of all: IT'S SO FUCKING HOT! Everywhere you go, it's hot. We've talked about this before of course but in August, it is so much worse. Take the Jusco mall today for example. You walk in and A/C slaps you in the face. Ahhh! But keep walking and there are throngs and throngs of people, all of them making it hotter in there. Then, because it is Asia and people here LOVE to open windows AND run the A/C as if that makes any fucking sense at all, you walk by the stairwell and the windows there are open. And hot, humid air comes in like a noxious, suffocating gas.

So, too many tourists, not enough taxis, not enough air conditioning, traffic jams, and horribly hot and humid weather are the many reasons why I despise August. Tomorrow is my last day of vacation and you better believe that screamy baby and I will be sitting here with the A/C cranked up, enjoying ice cream and not sweating like I would when I do one of my workouts while all the other fools run around this town, so drenched in sweat it looks like they might have actually showered. But upon closer inspection you know damn well no soap smells like B.O.
Posted by JQ at 10:24 PM

Email ThisBlogThis!Share to TwitterShare to FacebookShare to Pinterest
Labels: Too Hot