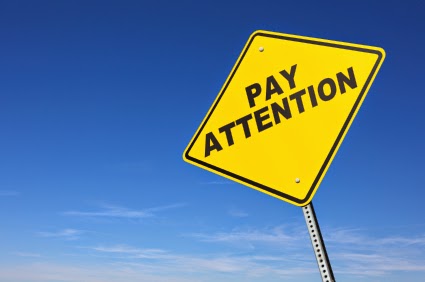 Yesterday was my blissful MIL-free Thursday. I made us a taco fiesta for dinner. But now today, she was back to cook her non-Chinese New Year dishes which means overcooked, overfried and overgross. Despite this, I tried to be kind as she plodded around our home, even willingly offering her the baby to hold.

Ok, look, she'd have asked to hold her anyway and soon, I'll be back at work when this vacation ends which means my time to prep my online portfolios, LinkedIn and other crud for my US job hunt is growing shorter. I was trying to upload my scans of some of my writing samples. Only problem was the files were too large. So I took photographs of them instead. This made some of the copy on these photos a little harder to read so I had to manually input these articles I'd written. AGAIN. Good thing I type fast. I'd managed to do quite a bit while Seoul napped early in the day but there are lots of samples, so I figured I'd keep rolling on it until Seoul cried for me.

I heard her fussing after a while so I went to see what was going on. And that's when I saw MIL holding Seoul on her lap at the table. MIL was stuffing her big face with a tangerine, with the rind torn apart and haphazardly strewn at the edge of the table, within easy reach of Seoul, who was quite predictably grabbing at it. I snap at MIL and scoop up the baby. In our bedroom, I discover the fruit's telltale pulp on her lips. And her breath smells orangey! I stalk back into the kitchen and ask her if she gave the baby any of her fruit. Although Seoul is old enough to try solids, I am carefully testing things out one week at a time and only a small amount each day. I do not want this woman randomly giving her food. She has no sense at all. Clearly.

So she at first tells me no. Then she says she slurped a little off MIL's fingers. Which is it??? Don't lie to me, you old hag! I tell her not to do this and she kind of laughs the way old Asian people tend to do and I. Lost. It. My husband wonders why I don't speak more Chinese. I'll tell you why - because he doesn't teach me the phrases I really need to know. Like "Don't laugh at me, you old goat-faced troll," for example. Even though I lack the vocabulary to tell her I will cut her if she does this shit again, I am very able to pantomime it, which is what I did. She stopped laughing, as she should. Of course, I'm not really going to cut her. But I do reserve the right to pelt her with rotting fruit. That's allowed, right?

Especially after what I discovered next. I thought Seoul had a booger in her nose so I carefully used a cotton swab to get it out of there. It wasn't a booger...it was a bit of pulp from the tangerine. If you thought I was angry before, it just multiplied...by a million.

I stormed into the kitchen brandishing the cotton swab and shouting at her that I'd found tangerine in the baby's nose. Now she looked sorry. Maybe I'm a mean bitch but she totally deserved to have her ass handed to her. I screamed at her in Chinese and although it was broken and intermittently peppered with American cursing, she definitely got the gist of it.

I wasn't keen on leaving her with the baby before this. Now I'm even more worried about it and still stuck having her watch Seoul. In the US, someone like her would be barred from caring for children. But over here, old people with absolutely no sense in their heads are entrusted with watching over precious babies. It's completely ludicrous!

Pay attention, MIL, because if anything happens to my sweet little Seoul, I will suggest to your government that they put you before a firing squad.
Posted by JQ at 4:41 AM