It's Science Week at school which means my students had to create science projects for homework and bring them in. Which really just means their parents did all the work and put their children's names on them because, let's face it, kindergarten children can't exactly do a science project all by themselves. Not like the big kids of course, which incidentally, if you never saw my Engrish Science Projects post from last year, now is the perfect time to check it out.

So what kinds of stuff did they bring in? Take a look: 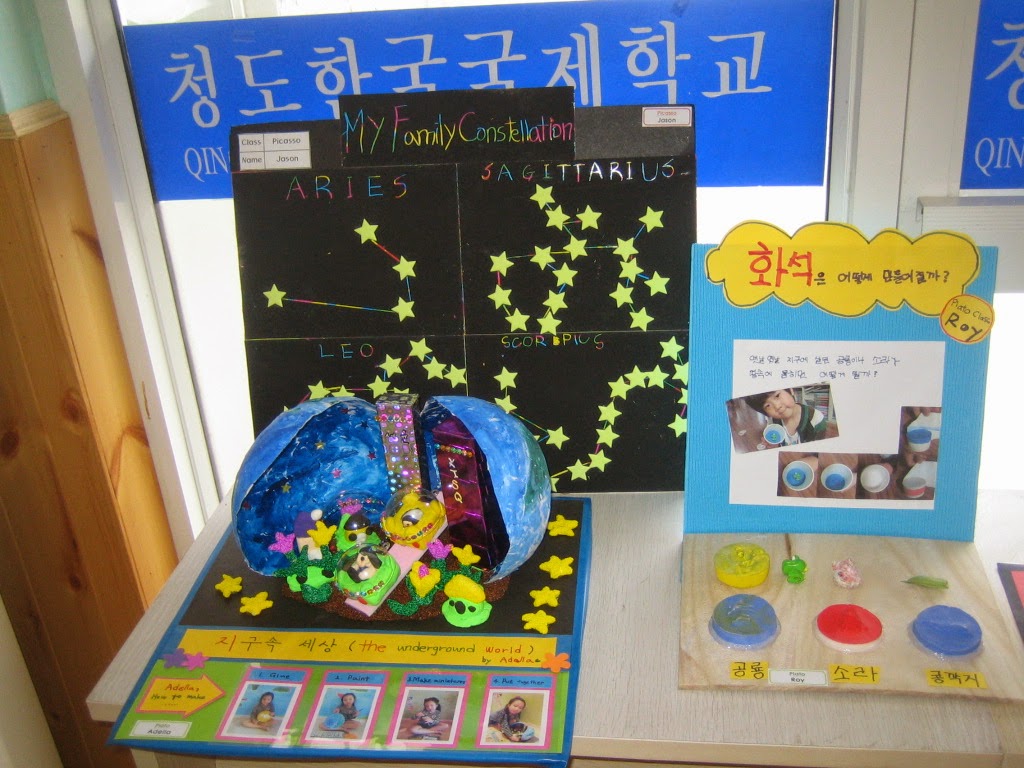 On the left, is an interesting project from my student, Adella. She's one of my good kids and although I'm not sure what this proves scientifically, her use of that clay gunk and glue is outstanding. The photos of her cutely putting this thing together at the bottom are also a nice touch. On the right, another student of mine, Roy, has included blobs of clay with crap in them which I am guessing is his attempt at making fossils. He also has employed the use of including pictures of his adorable little face on the project. 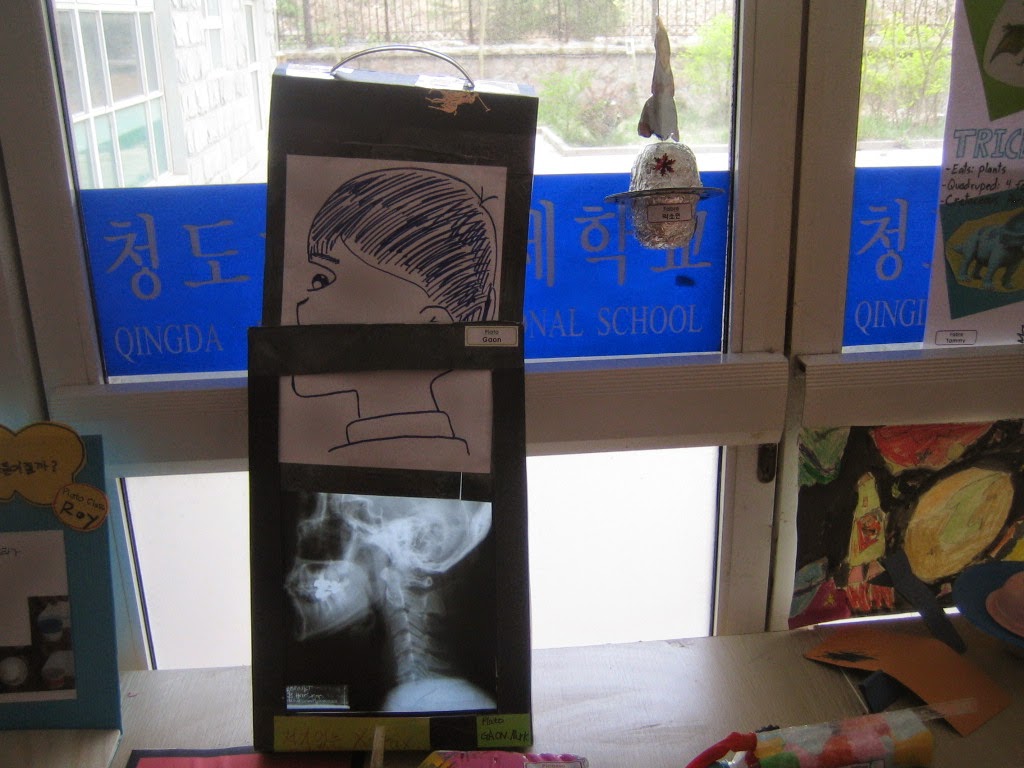 There are some posters of typical things which you can see slivers of, like the one of outer space on the right and just above it is a dinosaur poster (which my friend Patrick made for his son, Tommy. I mean, Tommy slaved all night long to create that beautiful dinosaur poster...). But the focus here is my student, Gaon's x-ray display. Which I'm quite sure his father drew. This kid, sweet as he is, can not draw anything remotely resembling any object no matter what I ask him to draw. 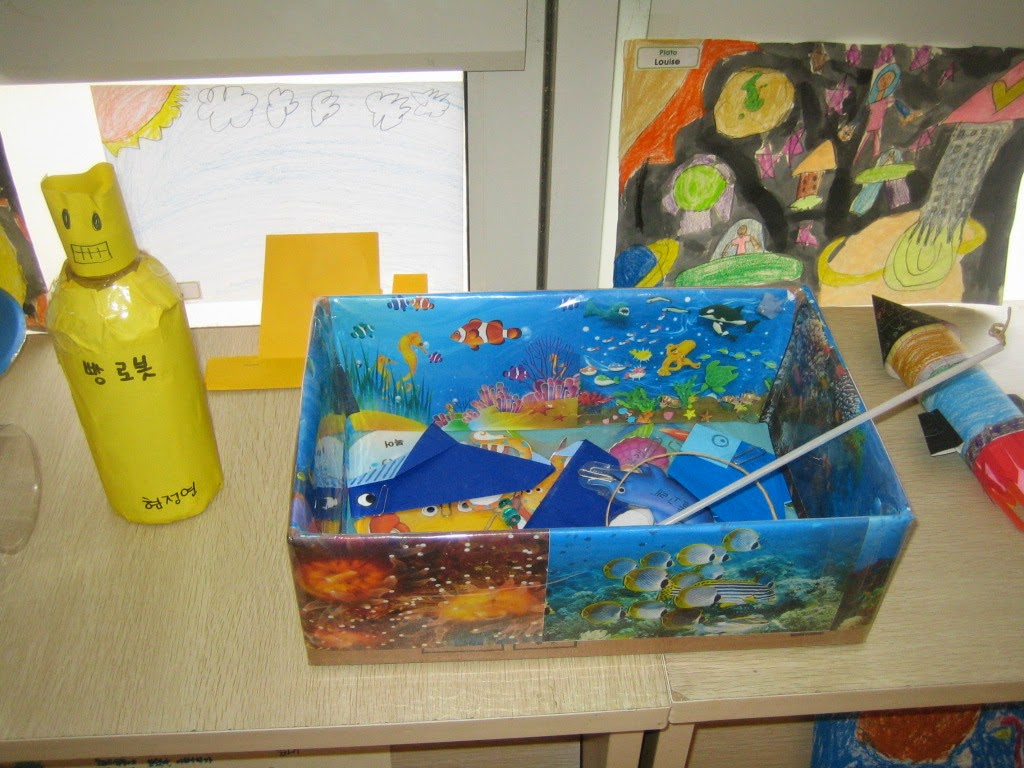 I was intrigued by this box of crap. I'm not sure what's happening here. I thought that stick was so I could fish for things but it looks somewhat incomplete in there. Maybe it is just supposed to be a box of crap. 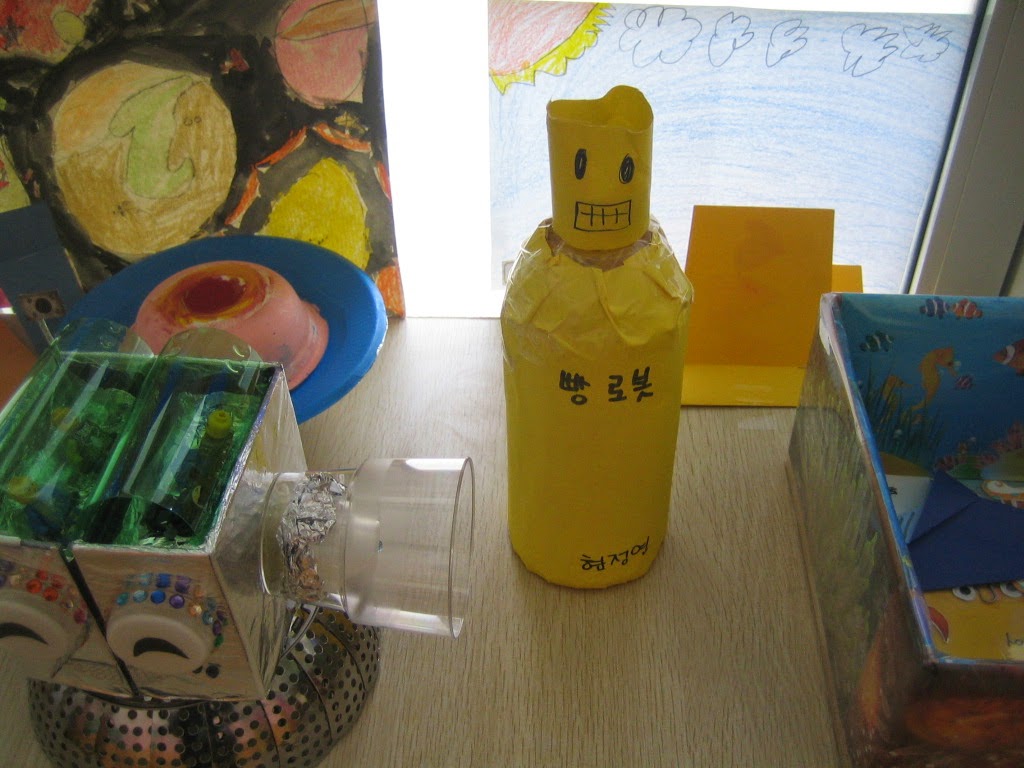 And while I was trying to make sense of the box of crap, I discovered this gloriously odd item. What is it? Fuck if I know. It looks like a Lego-man made from a bottle and yellow paper. Not very scientific if you ask me. 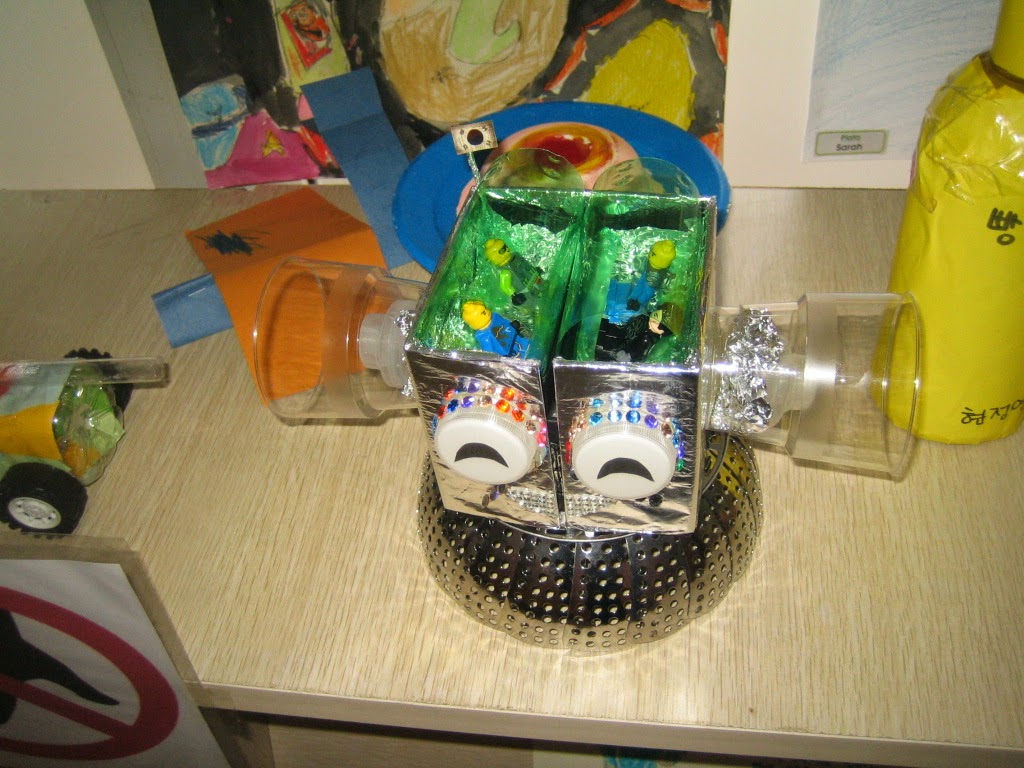 Speaking of Lego-man, he and his friends are passed out drunk inside this robot head... 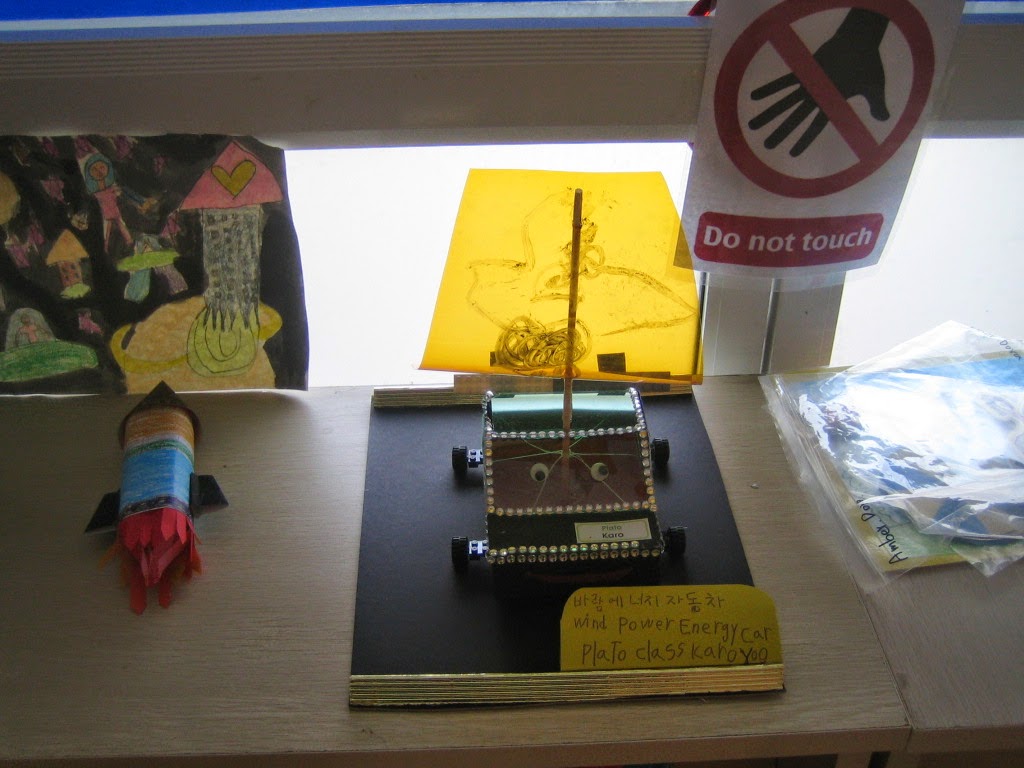 One of my particularly smart students, Karo, made this wind-powered car. It looks like his mom let him do some of the work himself. Also, please note our "do not touch" signs in the background. Do you think that stopped my students from fiddling with things? Of course not. 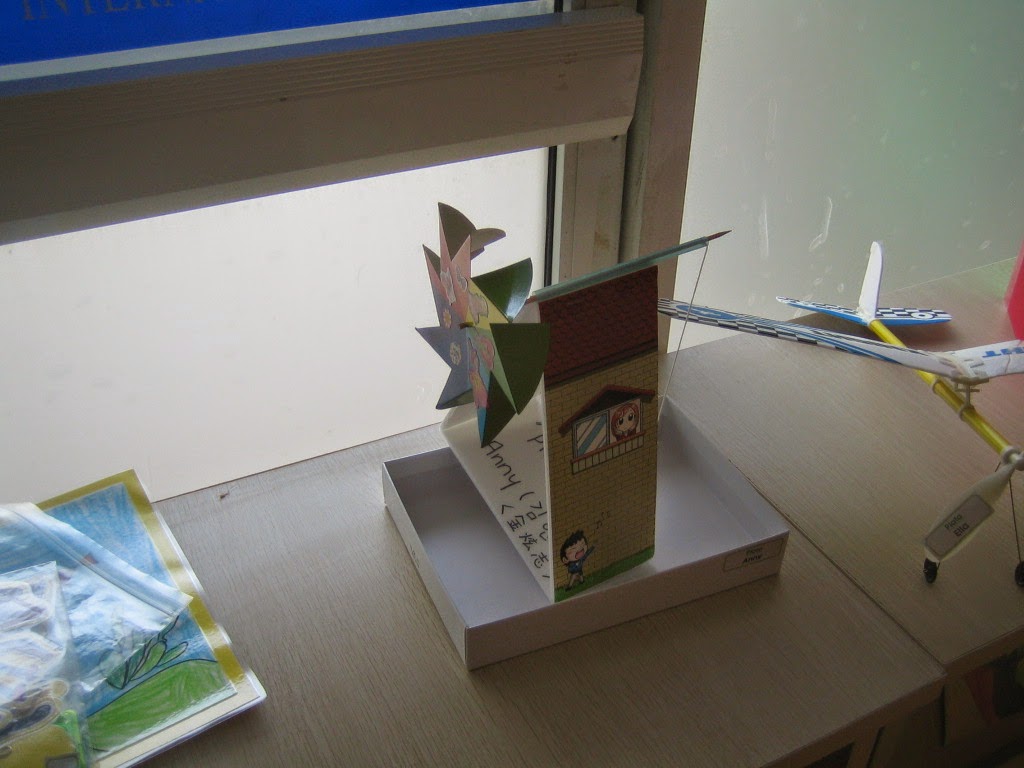 Anny, although extremely bright, probably watched her father put this windmill together for her. 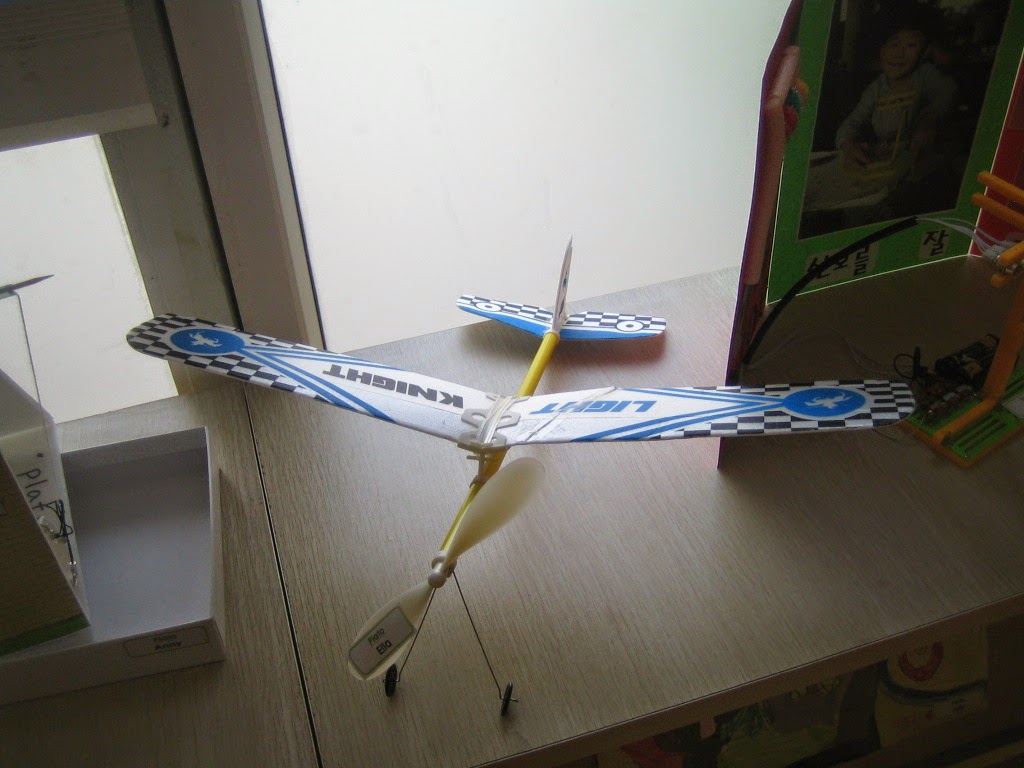 Ella put together this airplane. I suspect she did it herself too. She's pretty crafty. 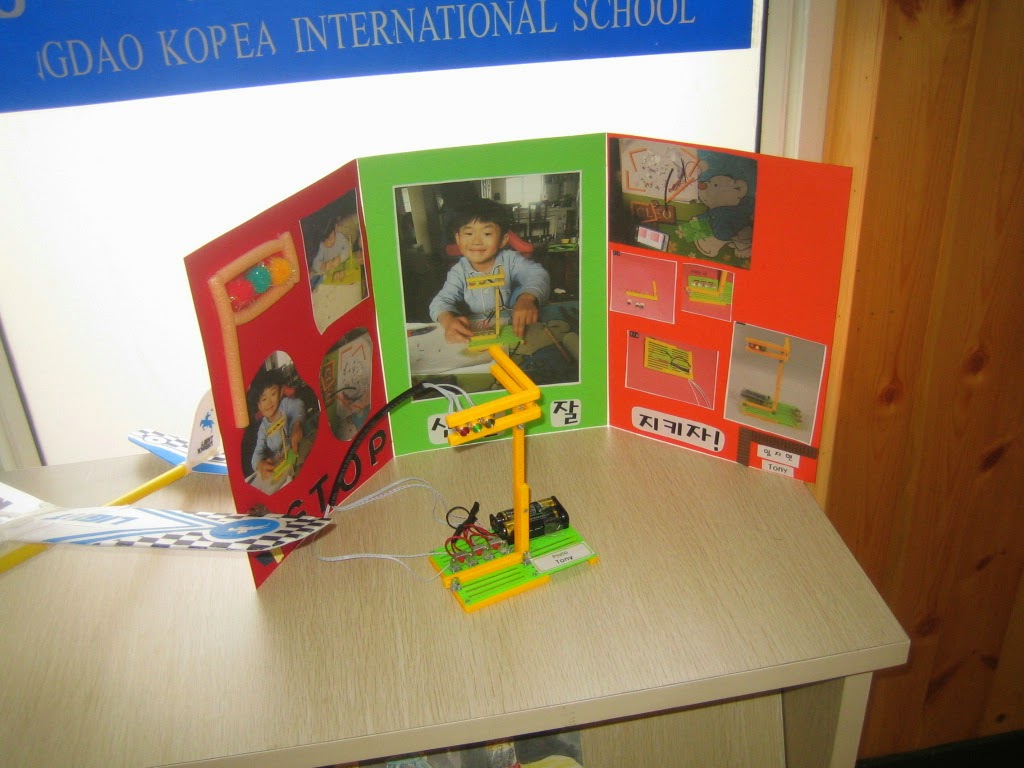 Tony, while being the smartest in the class, could not have done this by himself. Again with the photos of his cute little mug plastered everywhere too!

But of all of these, my favorite...yes, even more loved than the Lego-man bottle thing...is this Space Baby contraption: 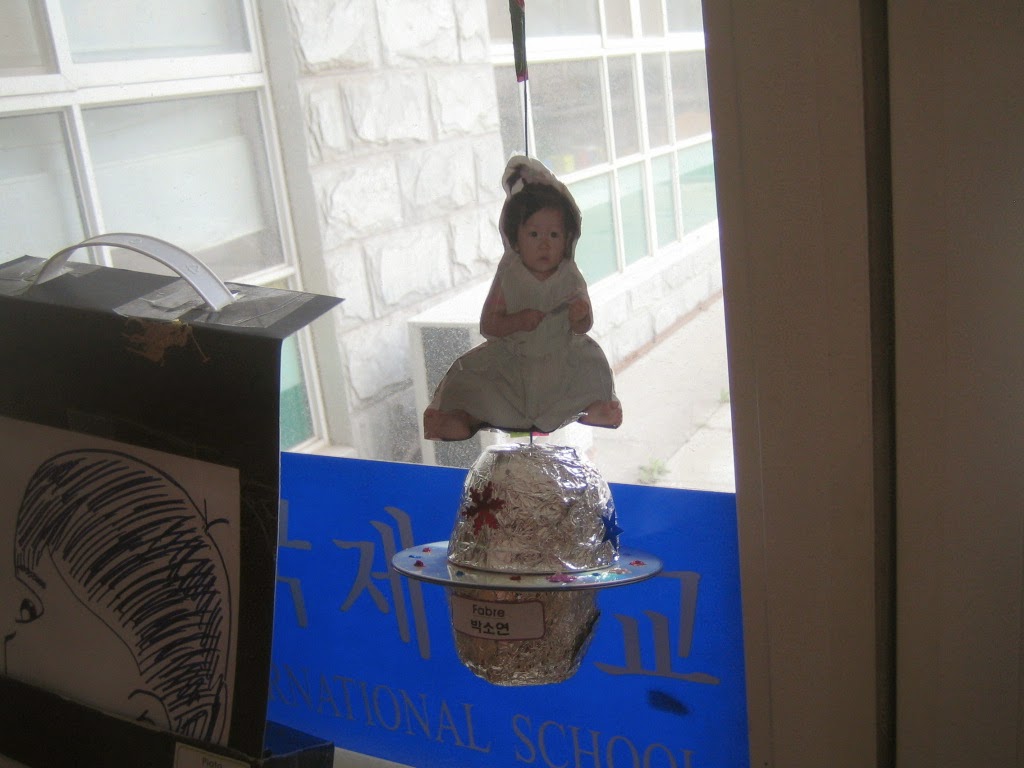 This was done by a student in the 5-year-old class. She's the little sister of one of my students from last year. This is not a picture of her though. This is a picture of her younger sister who is quite a cute baby, no? 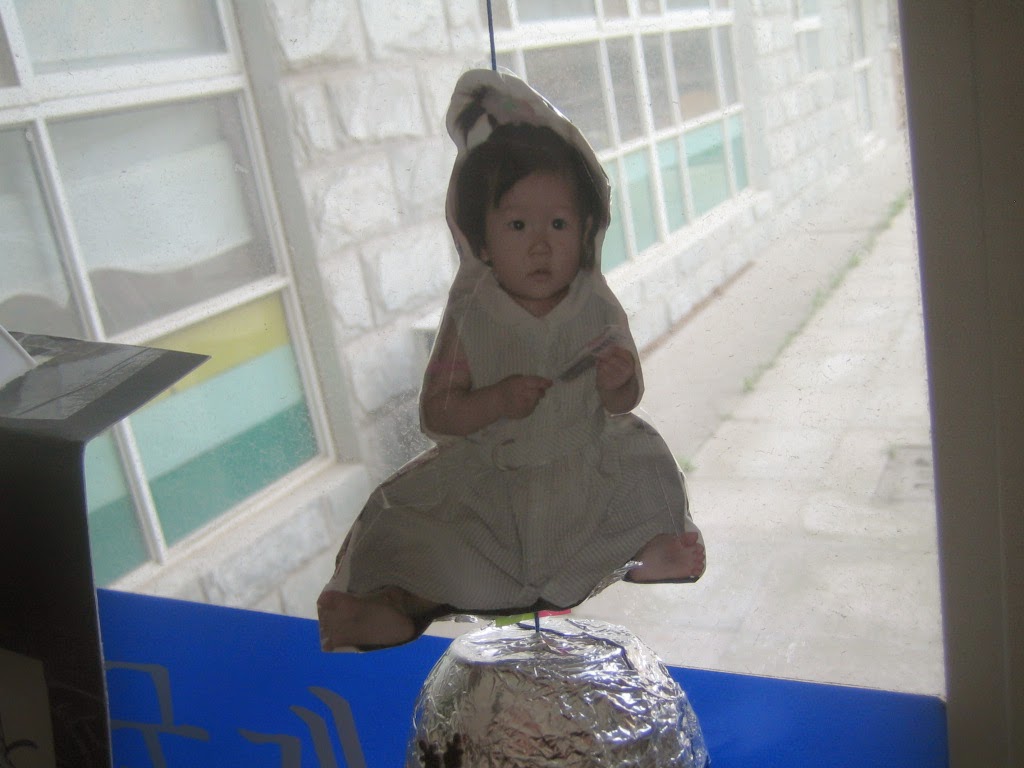 Why a baby on a spaceship? I have no earthly idea. Maybe that's where she thinks babies come from - outer space. Personally, I just think it should win based on how insanely adorable it is, even if it completely lacks anything to do with science as we know it.
Posted by JQ at 2:16 AM